Letters of Credit incorporating UCP 600: Examining the Relationship of the Banks Involved

The plaintiff company, Grains and Industrial Products Trading Pte Ltd. (“GRIPT”), was a beneficiary under a letter of credit issued on 24 February 2012 by Indian Bank (the “Letter of Credit”). Payment under the Letter of Credit would fall due 180 days from issuance, i.e. 22 August 2012. The Letter of Credit was stated to expire on 26 March 2012,which meant that a complying presentation of the documents had to be made by this date in order to trigger the issuing bank’s liability to make payment. Bank of India (“BOI”), was named “nominated bank” and “advising bank”* under the Letter of Credit, which incorporated UCP 600. Under UCP 600, the beneficiary may receive payment from both the issuing bank and nominated bank, which is nominated to accept a presentation of documents and to effect payment on behalf of the issuing bank.

GRIPT wished to receive payment before the maturity of the credit. To this end, it sought to enter into negotiations (Please see Glossary for these terms and Articles as provided under UCP 600.) with BOI over the Letter of Credit; this negotiation was however ultimately unsuccessful.

At High Court, GRIPT’s claim was dismissed against BOI but allowed against Indian Bank, on grounds that, inter alia, GRIPT had failed to prove that BOI orally agreed to confirm, honour or negotiate the Letter of Credit, and it was not a confirming bank and thus it was not required to honour the Letter of Credit. Indian Bank was liable as issuing bank as long as a valid presentation of documents had been made to it or its nominated bank, and in this case, GRIPT had made a timely complying presentation to BOI.

On appeal, GRIPT claimed that BOI orally agreed to confirm and/or honour and/or negotiate the Letter of Credit. Alternatively, it claimed that BOI was a confirming bank as Indian Bank requested BOI to confirm the Letter of Credit, and BOI did not inform Indian Bank that it was not prepared to do so. Indian Bank’s appeal against BOI was based on an indemnity for a breach of its express or implied duty to forward the documents received from GRIPT within a reasonable time.

The Court of Appeal Decision

Please note that this was a 2-1 majority decision at the Court of Appeal (with Chan Sek Keong SJ (“Chan SJ”) dissenting).

The majority held that such a reading is in line with the basic proposition of agency law, viz, it cannot be unilaterally imposed, and the agent’s consent is required before agency duties and rights can arise.

In this case, the court held that BOI accepted its appointment as nominated bank by conduct, and was an agent of Indian bank for the purposes of receiving the documents. The following reasons were cited for such a finding:

(a) While BOI may have sought to impose conditions as to the terms on which it was prepared to deal with GRIPT, this was not conveyed to Indian Bank, which was its putative principal for this purpose and in this context.
(b) BOI knew it was nominated under the Letter of Credit, at the very latest by the date it advised GRIPT on the opening of the Letter of Credit (in its capacity as advising bank).
(c) BOI was aware of the presentation of documents made by GRIPT subsequently.

BOI’s act of receiving the documents, holding on to them, and then participating in active discussions with GRIPT to negotiate the Letter of Credit meant that BOI had acted on its nomination by conduct, and thus accepted the nomination.

The majority also stated that if BOI did not wish to accept its appointment as nominated bank to receive documents on Indian Bank’s behalf, it was open to it to refuse delivery of the documents. It could inform Indian Bank of this fact, and inform GRIPT to forward the documents directly to Indian Bank on grounds that it was not willing to accept a presentation.

Where a nominated bank is authorised to accept documents on the issuing bank’s behalf, it would owe the issuing bank a duty to examine the documents with due skill, care and diligence before accepting them. There is a need for expedition in assessing whether a presentation is complying and deciding on the next course of action that should follow such an assessment, to avoid seriously undermining the purpose underlying UCP 600. The majority interpreted Article 15(c)* of UCP 600 purposively, holding that the nominated bank would then be obliged to forward documents with reasonable promptness to the issuing bank whatever course it should decide to take in relation to the credit, by virtue of it having accepted its nomination.

In particular, the majority accepted the formulation in Byrne1 that documents should be forwarded by the nominated bank under Art 15(c) of UCP 600 promptly once it has assessed that the presentation is complying and it honours or negotiates the credit, i.e. by the end of the next business day after the determination has been made, unless there are compelling reasons for any delay. This is also to protect the issuing bank from acting to the nominated bank’s detriment, such as by inadvertently releasing security after enough time had passed following the expiry of the credit.

To that effect, the majority interpreted UCP 600 purposively and implied a term that reasonable promptness is required in forwarding the documents. This was deemed necessary so as to have regard to the expectation of market players on grounds of business efficacy.

The following is a simple timeline illustration on the majority’s interpretation of Article 15(c) read in light of Article 12(a) of UCP 600:

The majority opined that BOI was negligent in not promptly forwarding the documents to Indian Bank. However, it held on a technicality that BOI was ultimately not liable for Indian Bank’s losses to GRIPT.

An Alternative View: The Dissenting Judgement

While Chan SJ also came to the same conclusion as the majority in that there was no liability on the part of BOI, he provided an alternative analysis that BOI was not in breach of any duty to forward the documents to Indian Bank under UCP 600. His dissenting judgment provides the following points of note:–

1. No agency relationship between nominated bank and issuing bank

A commercial letter of credit is merely a convenient mode of payment for goods across different jurisdictions in substitution for direct payment. The bank issuing a letter of credit on behalf of the buyer would not do so on behalf of the buyer as agent, but at the buyer’s request as its banker, i.e. this is merely a financial service. This relationship is purely contractual in nature. Thus, the Letter of Credit is not an agency contract, but merely a commercial one. Even if the relationship between a nominated bank and an issuing bank resembles (or, is analogous to) an agency relationship, it does not equate to one.

Further, since the Letter of Credit was an acceptance credit, Indian Bank was not inviting or authorising BOI only to receive the documents, but to accept the presentation and honour the draft drawn by GRIPT under the Letter of Credit. BOI was required to examine the documents for compliance with the terms of the credit (Article 14(a)* and (b)* of UCP 600) before deciding whether to accept or reject the presentation.

Under Article 12(a)* of UCP 600, unless a nominated bank was the confirming bank, an authorisation to honour or negotiate does not impose any obligation on that nominated bank to honour or negotiate, except where expressly agreed to by the nominated bank and so communicated to the beneficiary. On this analysis, BOI did not act on its nomination (i.e. it did not act on the invitation of Indian Bank to accept or discount or honour any draft drawn by GRIPT under the Letter of Credit, and did not perform any acts mandated by Indian Bank under the Letter of Credit), and therefore there was no agency relationship that would have arisen between BOI and Indian Bank.

2. No agency relationship between advising bank and issuing bank

Chan SJ also strongly cautioned against national courts implying a term into UCP 600, as that meant that the “national court [was acting] as super-drafters”, and rather than “construing the UCP”, it would be
“reconstructing it to meet its own understanding of the purpose of the particular article”. In particular, since UCP 600 is an international set of standards meant to standardise banking practice in the worldwide operation of letters of credit, it should not be subject to a regime change by national courts. Rather, he suggested that the lacuna in UCP 600 should be filled by express contractual terms or by revising UCP 600, rather than through the doctrine of implied terms.

As can be seen from the Court’s decision, this area of law can be very complex and full of conjecture. Commercial norms of an industry should be reviewed to ensure that there are proper legal underpinnings to support such practices should they ever be scrutinised by the courts. Attention should be taken when utilising letters of credit, incorporating UCP 600, that terms be tailored to the specific requirements of parties concerned, in order to prevent uncertainty and future disputes.

To this end, please do not hesitate to get in touch with us should you feel that we can be of any assistance to you or your business at hand.

Glossary: UCP600 Provisions
Article 2: Definitions
Advising bank means the bank that advises the credit at the request of the issuing bank.

Issuing bank means the bank that issues a credit at the request of an applicant or on its own behalf.

Negotiation means the purchase by the nominated bank of drafts (drawn on a bank other than the nominated
bank) and/or documents under a complying presentation, by advancing or agreeing to advance funds to the
beneficiary on or before the banking day on which reimbursement is due to the nominated bank.

This article is written by Liew Kai Zee from Shook Lin & Bok LLP. 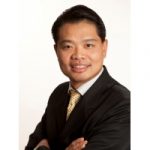