What is a postnuptial agreement in Singapore?

A postnuptial agreement is a legal contract signed after a couple is married but before a divorce. Some common issues covered include:

According to a Bloomberg article for America, common reasons could include running out of time before the wedding to sign the prenuptial agreement or adultery but the couple wants to try and work on the marriage.

In general, common reasons for entering into a postnuptial agreement include:

It must be said that signing a postnuptial agreement is a very sensitive and serious decision that is undertaken by any married couple. A common fear is often ‘if everything is going on fine in the marriage, why are we talking about its end?’

In Singapore, there are three ways that a marital relationship ends:

The fear is that having a postnuptial agreement would affect the current relationship. We understand this fear and fully respect the values of those who believe that the only way to the end of a marital relationship should only be through death.

However, in the event the couple chooses to sign a postnuptial agreement, the success of reaching an agreement is undergirded by these fundamental principles:

Postnuptial agreement vs Deed of Separation

Other couples might enter into a Deed of Separation for personal reasons like they wish to have a cooling off period before they divorce or that there are certain other property restrictions that they mutually would like to fulfill before a divorce.

Like a postnuptial agreement, the Deed of Separation could include discussion on issues like the custody and care of the children, the access of the children, maintenance, division of matrimonial property etc.

However, some couples who wish to have the certainty of a Court Order might wish to opt for a ‘judicial separation’ instead of a Deed of Separation.

Is the postnuptial agreement binding in Singapore?

The contents of the agreement will also need to be balanced against parties’ responsibilities under the Women’s Charter, particularly in relations to the “just and equitable” division of matrimonial assets and the maintenance of children.

It is important to have your post-nuptial agreement drawn up by experienced lawyers who can ensure that all conditions meet the requirements of Singapore law and also, to include clauses that allow for revision of terms periodically to ensure that the agreements stay relevant and up-to-date.

In 2014, The Court of Appeal has ruled that a postnuptial agreement formed under the proper circumstances can carry “significant weight” in determining how matrimonial property is to be divided. It overturned a High Court ruling, where the judge had decided to split the assets in question equally, having determined that the Settlement Agreement in question was only one of the factors the court needed to take into account in deciding what division was “just and equitable”. You can read about it here.

Can postnuptial agreements be used to expedite divorce proceedings

From the court’s perspective, the terms of the postnuptial agreement can be used as a reference point for the couple’s intentions in dividing their matrimonial assets. For the couple, preparing an agreement in advance can not only reduce the time needed for negotiations but also minimise the possibility of disagreement and contention.

When Approaching Your Spouse to Draft an Agreement

Depending on you and your spouse’s personal belief and values, perhaps being made aware of how a postnuptial agreement or a Deed of Separation would hopefully help to lessen marital conflict between parties; where such conflict would definitely affect your children could be the best angle to broach this topic. If there is much awkwardness or discomfort to discuss in length about drafting an agreement, perhaps it might be better to take this issue to a mediator, a neutral third party, to talk about this to your spouse.

When Engaging a Lawyer to Draft a Postnuptial Agreement or Deed of Separation:

Have a question on family law?

If you have any question about family law, you can get a Quick Consult with Yue-En or any of the lawyers with similar expertise for a transparent, flat fee of S$49. You can expect a call back within 1-2 days on the phone to get legal advice and have your questions answered.

This article is written by Yue-En Chong from Dorothy Chai and Mary Ong Law Practice and Sharon Tan from Asia Law Network.

Yue-En is a Legal Counsel that heads the Mental Capacity & Legacy Planning Department of the firm where he promotes a holistic approach to safeguarding his client’s interest in the event of mental incapacity, serious illness, and death. He understands the importance of crafting specially tailored Lasting Powers of Attorneys and the specific needs of Deputies. To date, he has argued many successful Mental Capacity Applications before the Family Justice Court. Yue-En also has great experience in Matrimonial and Divorce work, finding creative solutions on child custody, care and control and access matters.

Varying Spousal Maintenance Orders in Singapore
When can a company or employer be responsible for ...
Strategic use of Offers to Settle (OTS) to negotia...
Who is responsible if an AI diagnoses your disease...
Prenups – the next big thing in Singapore
Share This
0Shares
0 0 0
Previous Article

How to Defend Against a Traffic Accident Claim 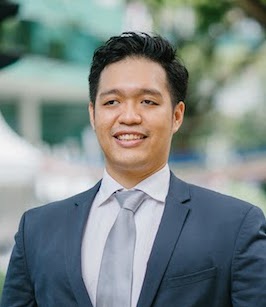 Yue-En is a Legal Counsel that heads the Mental Capacity & Legacy Planning Department of the firm where he promotes a holistic approach to safeguarding his client’s interest in the event of mental incapacity, serious illness, and death. He understands the importance of crafting specially tailored Lasting Powers of Attorneys and the specific needs of Deputies. To date, he has argued many successful Mental Capacity Applications before the Family Justice Court. Yue-En also has great experience in Matrimonial and Divorce work, finding creative solutions on child custody, care and control and access matters.