What are Distribution Agreements in Singapore?
0Shares
0 0 0
ASIALAWNETWORK.COM

The nature of distribution

Distribution differs from a mere re-sale

In a mere re-sale, the trader buys goods and then sells them and makes a profit. In a distributorship, there are other rights and obligations between the manufacturer and the distributor other than those relating to the sale of goods. By contrast, under an agency agreement, the agent does not buy the goods but arranges sales for the manufacturer.

Distribution arrangements may be entered into by wholesalers of products, who are intermediaries selling to other distributors rather than directly to end-users.

In Singapore, there is no specific legislation that governs distributorships other than limitations on certain goods such as tobacco. Basically, contractual principles apply here.

When is a distributorship arrangement suitable?

Distribution is commonly used where the manufacturer or the distributor or both need more than just a simple buy-and-sell arrangement. For example,

A distributor has two distinct legal relationships with the manufacturer

First, the terms of purchase of the goods (together with the terms of supply of related services, if any) to be distributed under the agreement – the terms and conditions are often standard, at least as between manufacturer and distributors.

However, they will almost certainly differ from standard manufacturer-customer terms in a number of respects, such as terms of delivery, ability to reject if products are defective, limitations on liability and obligations on the distributor.

Second, the distribution agreement differentiates a distributorship from a mere sale of goods contract.

The distribution arrangement is, in many ways, similar to an agency agreement, in that the manufacturer will wish to:

Usually, many obligations will be more onerous in sole or exclusive agreements.

The manufacturer will typically provide assistance in relation to marketing and sales and (where the products require it) support in technical matters and training. A manufacturer (or wholesaler, where the distributor purchases from one) may appoint different distributors for the same (or different) products in any particular territory.

A distribution agreement may be wrongly named as an agency agreement, and vice versa. When asked to determine the nature of an agreement, the court will look at the substance rather than just the name of the agreement. Where an arrangement is termed a distributorship but is on its facts one of an agency, the courts will hold it to be an agency.

A distribution arrangement may be categorised as non-exclusive, sole or exclusive. These terms have meanings that are customarily, though not universally, understood in business. The rights granted to a distributor should be set out properly to avoid misunderstandings. Subject to this proviso, these terms are usually understood to mean:

For some arrangements involving non-exclusive distributors, the manufacturer will appoint distributors only if they meet certain qualitative criteria, thus in practice limiting the number of distributors who will be appointed in a territory. Such arrangements are often used where sale or support of the product require particular expertise.

International distribution agreements can get a bit more complicated

For such distribution arrangements, it is possible that the governing law clause will not be recognised in the distributor’s country. This means that local courts could treat them as agency agreements. This may severely limit the parties’ freedom to contract, e.g. the capacity of the manufacturer to freely terminate any distribution agreement with the distributor.

Where trademark licensing is important, manufacturer may place demanding restrictions in the agreement to protect their trademark

Non-competition is a consideration

Non-competition clauses are another aspect of a distribution agreement. This is especially so in relation to a sole or exclusive distribution agreement where a savvy manufacturer will ensure that the distributor will not market products made by a competitor at the same time. A distributor may, on the other hand, wish to be free to market other products in the same market in order to maximise market coverage and spread market risks.

Question 1: When are other arrangements, e.g. agency agreements, more suitable than distribution agreements?

An agency agreement could be more suitable if the manufacturer wishes to retain control of the marketing channel, or maintain direct relationships with customers. Agent commissions are also typically less than distributor discounts.

Question 2: What are some mistakes distributors commit when entering into such agreements?

Common mistakes are those often overlooked during the negotiation stage. They include, for example, lack of post-termination arrangements and performance targets. There could also be confusion in terms of the scope of obligations of the relationship between the distributor and the manufacturer.

Have a question on distribution agreements?

If you have any question on distribution agreements, you can get a Quick Consult with Lim Zheng Feng Immanuel or other lawyers for a transparent, flat fee. You can expect a call back within 1-2 days on the phone to get legal advice and have your questions answered.

If you are looking to draft a set of legal documents for your business or to amend existing ones, you may be interested in Quick Contracts. From a flat S$4,000, you will get 20 legal credits with a reputable law firm, which allows you to pick and choose the contracts your business needs. Lawyers will spend time with you to understand your business and its risks which is essential to help customise your legal documents.

This article is written by Lim Zheng Feng Immanuel from Covenant Chambers LLC.

This article does not constitute legal advice or a legal opinion on any matter discussed and, accordingly, it should not be relied upon. It should not be regarded as a comprehensive statement of the law and practice in this area. If you require any advice or information, please speak to practicing lawyer in your jurisdiction. No individual who is a member, partner, shareholder or consultant of, in or to any constituent part of Interstellar Group Pte. Ltd. accepts or assumes responsibility, or has any liability, to any person in respect of this presentation.

Lim Zheng Feng Immanuel has considerable experience working with local SMEs on various corporate and commercial matters and issues faced by them. He provides advice on intellectual property management, personal data, media and technology; and has prepared commercial agreements pertaining to partnerships and shareholders, employment, distribution of goods, franchising, marketing and sponsorships, hardware maintenance and support, software acquisition and development, digital and traditional media licensing, privacy policy and online terms and conditions. He has also been external counsel to a couple of multinational corporations, focusing on regulatory issues such as confidentiality, personal data, employment, advertising (both traditional and new media) and loans.

7 Must-knows for Every Freelancer 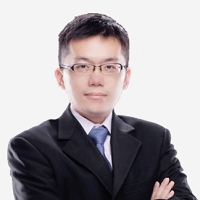 Lim Zheng Feng Immanuel has considerable experience working with local SMEs on various corporate and commercial matters and issues faced by them. He provides advice on intellectual property management, personal data, media and technology; and has prepared commercial agreements pertaining to partnerships and shareholders, employment, distribution of goods, franchising, marketing and sponsorships, hardware maintenance and support, software acquisition and development, digital and traditional media licensing, privacy policy and online terms and conditions. He has also been external counsel to a couple of multinational corporations, focusing on regulatory issues such as confidentiality, personal data, employment, advertising (both traditional and new media) and loans.