Defending yourself against defamatory attacks on social media
0Shares
0 0 0
ASIALAWNETWORK.COM

Social media platforms like Facebook, Twitter, Instagram, LinkedIn and SnapChat are a part of our everyday lives today in 2017. Facebook has 2 billion monthly active users in the world while WhatsApp has 1.2 billion and Instagram has 700 million. People are engaging more on social media platforms than ever before. People are spending greater amounts of time on these platforms consuming content and sharing their dining, shopping, entertainment and work services related experiences.

With businesses establishing themselves on multiple social media platforms as a mean of creating awareness, marketing and engaging with their customers, it is not uncommon that businesses have had to create entire teams to handle their digital strategy. There is a need to deal with their social media presence as more people engage with the content they post.

This has inevitably led to new legal problems.

Anyone, not just customers, can comment or sometimes post content to their social media. While some of it will be positive (hopefully most), some of it will inevitably be negative (e.g. negative reviews for restaurants) which might be legitimate feedback, but some of it might not be.

Anyone can take aim at your brand and reputation online

It can be frustrating when actors unknown make defamatory statements about your business online when you spend so much time and effort building up your reputation. They might be legitimate customers to your business like what happened for a restaurant in Singapore (and they reacted in a way that damaged their business further) or from trolls, keyboard warriors and even competitors.

And the damage can be very real. News can travel very quickly on social media and an untrue remark can damage a business significantly within a short space of time. For example, a restaurant receiving a very scathing and untrue review about say, the health standards at the restaurant, can see business fall off suddenly as interested diners decide to opt out when they do a search on reviews. Online defamation includes instances where someone posts a photo or makes a comment on an existing photo or post. Even reposting a defamatory remark can be constituted as defamation.

Libel can be damaging and difficult to prove

Anyone would get upset and even angry when people make unfavorable statements about their reputation (or their company’s reputation). It’s natural to want to take action to defend your reputation, but you can’t sue someone just because he or she left an unfavorable review for you on Facebook. Making a defamatory statement that is untrue and that harms your online reputation is known as libel. To prove this, you need to show that the person making the statement

In 2016 an Australian court awarded a significant amount of compensation to a music teacher for her former student’s libelous messages posted on Twitter and on Facebook. The judge found that the former student had “bore a grudge” against the teacher. Elsewhere in UK, a writer/food critic blogger won a libel action against a newspaper columnist’s Tweets that suggested that the blogger approved of the vandalisation of a war memorial. The newspaper columnist’s lawyer had argued that the Tweeter exchanges was “a relatively trivial dispute” that lasted for a few hours. The court ruled nonetheless than damage had been done to the blogger’s reputation and awarded compensation.

If you encounter anyone attempting to defame your business, you will want to do a few things to gather facts and preserve the materials to offer as evidence against any attacks on your reputation:

Taking these prudent steps will help gather evidence early in case you should need to use it later on. The first step is to engage the person making the statement is to get in touch and asking them to remove the defamatory statement voluntarily. This is keeping in mind that litigation or the threat to litigate should not be your first reaction since this may be a lengthy and costly process with uncertain outcomes. It can also be difficult to prove libel to win the case, so it is advisable to try to resolve it in other ways outside of the court before you resort to litigation.

You may consider getting in touch with them. If you do, you may want to keep the tone firm and businesslike. Email them and explain how their remarks are untrue, provide evidence to show this and show them how their statements have impacted you financially. The person making the statement may be making a genuine mistake without knowing it, and hopefully, his/her response is to agree to retract, edit or remove any incorrect information.

Be very clear on what it is you want them to do in your email, which is to delete the offending statements on social media. If you aren’t clear on what you want them to do, they may take steps which do not really stem or undo the damage that the original remarks have done. For example, the person who posted the statement may just post a comment within the original post which may do little to stop the damage. You will want to ask for deletion so that there is no trace of the statement or review to begin with. This is so for social media — if it relates to a blog post, you will want them to take the entire post down, or if they refuse to do that, to strike all mentions of your name and any mention of your business’s name.

You want to appear reasonable here to also avoid any potential PR backlash if the person should try to use your words against you and paint you to be an unreasonable and hostile party and gain sympathy points from any readers.

Consider litigation if this doesn’t work

If a direct request does not work, it may be time to get a lawyer to send a more formally worded letter to the person informing them of potential legal action if they do not take immediate steps. Having a lawyer send a sternly worded letter is a good idea here because it might not cost a lot and is often enough to galvanise action. Receiving a letter from a lawyer sends a signal that you are willing to escalate this to litigation if they do not take action on their defamatory statements and most parties will comply and do what is requested and necessary with the threat of litigation.

If the individual does not respond to all your earlier efforts, it’s time to really act and take them to court.

Even at this juncture, you should pause to carefully consider if it is worthwhile doing this. Unless (and even if) you have a strong case, you will have to expend time, effort and money into this lawsuit. What do you expect to get out of the lawsuit? What are the chances of success as advised by a lawyer? Is the reward of monetary damages and/or an injunction and having been seen to win the lawsuit worth the investment?

If the answer is yes to the above, it’s time to sit down with your lawyer to discuss the legal recourse available to you. Many lawyers will charge a fixed fee to render a legal opinion for your claim, which will include an assessment of your chances of success in court and the amount of compensation that the court might award. A legal opinion can costs upwards of $1,000 depending on the facts and circumstances. You can decide to commence action in Court or not after the legal opinion is rendered. By that time, you should also have asked the lawyer how much he/she will charge you for the work of representing you in the lawsuit.

It might take months for the court to hear and rule on your case, in which time the untrue defamatory remarks are still hurting your business. You might consider addressing the statement by responding to it on Facebook or social media, denying its truth, tell readers that you have no choice but to refer the dispute to the courts. Don’t get drawn too much into the issue, but just respond to it sufficiently to let the public and readers know that the statements are false and you are taking action against it.

Litigating and suing someone or a company for defamation

Have a question on defamation?

You may want to seek advice from a lawyer at this point to check in on this. If you have any questions about defamation, you can get a Quick Consult with Adeline or other lawyers for a transparent, flat fee of S$49. You can expect a call back within 1-2 days on the phone to get legal advice and have your questions answered.

This article is written by Adeline Chong from Legal Ink Law Corporation and edited by Danon Gabriel The of Asia Law Network.

Adeline graduated from the National University of Singapore in 1994 and was admitted to the Singapore Bar in 1995. She has been in private practice ever since. With more than two decades of litigation experience, she has represented a variety of clients on a wide range of issues and disputes. Adeline's main areas of expertise include negligence claims, contract, family and employment disputes. Adeline is an Associate Mediator of the Singapore Mediation Centre since 2015.

Curveball Series: Sudden Death of Key Man
Building and Construction: How Do Performance Bond...
A contract is, but just a click away
HONG KONG: Employment dispute concerning payment o...
Do you have a right to silence in Singapore?
Share This
0Shares
0 0 0
Previous Article

Top 10 FAQs on Landlord-Tenant Disputes Lawyers About Answered (with 99.co) 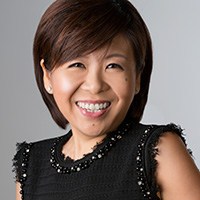 Adeline graduated from the National University of Singapore in 1994 and was admitted to the Singapore Bar in 1995. She has been in private practice ever since. With more than two decades of litigation experience, she has represented a variety of clients on a wide range of issues and disputes. Adeline's main areas of expertise include negligence claims, contract, family and employment disputes. Adeline is an Associate Mediator of the Singapore Mediation Centre since 2015.