Given the broad scope of the subject of workplace safety, workplace injuries and the law, this guide is presented in three parts, each addressing the following key areas:

In this first article, we will look at the employer’s “Golden Rule” in the context of workplace safety.

On 18th October 2005, a stevedore (a dockworker who loads and unloads ships) was working with a team to move cargo containers in and out of a ship’s cargo hatch. To accomplish this task, the workers had to repeatedly enter and leave the hatch via a continuous chain of metal rung ladders welded alongside the inner hull of the vessel, thereby forming a link from the ship’s deck into the hatch.

Sometime in the afternoon, without any prior safety briefing by the stevedore’s supervisor, the stevedore descended into the hatch without any safety equipment. When he was approximately ten metres from the bottom of the hatch, the ladder he was on unexpectedly detached from the ship’s hull as well as the adjoining ladder below – causing him to fall onto the top of a single-decked container immediately beneath him.

The impact of the fall then caused him to roll off the container and onto the floor of the ship. He sustained severe head injuries, including long-term side effects such as visual defects, cognitive impairment and frequent headaches. Since the stevedore was not satisfied with the compensation offered under the Work Injury Compensation Act of 1998 (which was the law in force at the time), he opted to file a lawsuit against his employers.

While the stevedore’s case was rejected by the Singapore High Court, a subsequent application to the Court of Appeal resulted in the apex court ruling in favour of the stevedore. In the ruling, the Court of Appeal also set out a legal principle that would define an employer’s obligations to their employees – especially when it comes to workplace safety. This principle was referred to by the Court as the “Golden Rule”.

What is the “Golden Rule”?

To be clear, this is not to be mistaken with the other, more commonly known Golden Rule in moral philosophy of “Do unto others as you would have them do unto you”. But rather, in the context of employer-employee relations, the Singapore Court of Appeal described the “Golden Rule” in their judgment in the stevedore’s case (Chandran a/l Subbiah v Dockers Marine Pte Ltd [2009] SGCA 58) as:

“[15]…The common law requires employers to take reasonable care for the safety of their employees in all the circumstances of the matter […] This is the golden rule from which all other specific duties in relation to an employer’s obligations to its employee spring from.”

In practice, the “Golden Rule” can be broadly said to comprise of four key elements that occasionally overlap in order to ensure workplace safety and prevent workplace injuries: The provision of adequate equipment; adequately skilled workers (i.e. ensuring that workers are trained in their jobs); a safe system of work; and a safe place of work.

How did the Court of Appeal develop this principle?

In paragraph 13 of their judgment, the Court of Appeal noted that under common law, an employer may be made liable to an employee who sustains an injury during employment in two ways:

In the case of primary (or employer’s) liability, the ordinary principles governing contract and the tort of negligence generally apply. The law will thus measure the behaviour of the employer against that of a reasonable employer in that specific industry, free from over-cautiousness as well as over-confidence.

What does this all mean? And what is the scope of application of the “Golden Rule”?

Essentially, what this means is that an employer has a clear duty of care in every case to make reasonably sure that their employees’ health and safety are looked after, by taking steps to implement, enforce and grow a culture of improving workplace safety.

Based on this duty, there are two aspects governing the scope of application of the “Golden Rule”.

Firstly, an employer’s duty of care to his employees for their safety is personal and therefore non-delegable. This means that an employer cannot escape liability by claiming that the duty of care was delegated to another person, whom he reasonably believed to be capable of performing it. In the Singapore Court of Appeal’s judgment, the judges took reference from an older case in the United Kingdom – which established and expanded the scope of non-delegable duty to not only include the provision of, but also the operation of a safe system of work (i.e. having a continuously operating system of processes and checks that ensures the safety of employees).

Secondly, the “Golden Rule” still applies even if an employee is sent to work outside of their employer’s premises and in a location belonging to a third-party. As noted above, once a relationship of employment is established between an employee and employer, the “Golden Rule”, along with its non-delegable feature, will continue to be in place at all times during the whole course of employment. An employer cannot simply wash his hands of all responsibility for the safety of his employees simply because the employees are working at a site controlled by others, and the law continues to place an obligation on the employer to take reasonable care for its employees’ safety.

Question 1:  If I am injured at work, should I make a claim under the Work Injuries Compensation Act (WICA) or the common law?

The two main factors to consider are:

For a WICA claim, you do not have to prove that your injury was caused by anyone’s fault or negligence. However, your compensation is calculated according to a fixed formula and there is a maximum compensation limit.

For a common law claim, you will have to prove that your employer or a third party was to blame for your injury. However, there are no limits on the amount of compensation you can receive, subject to your proof of damages.

Question 2:  Can I make a claim both under WICA and the common law?

In this section, we have explained what the “Golden Rule” is, and what is its scope of application. In the next part of this guide, we shall explore how far employers have to implement this “Golden Rule” in the day-to-day operations of the employees, and whether it is simply sufficient to follow industry-standard practices in preventing workplace injuries.

Have a question on workplace injury disputes?

If you need advice on workplace injury matters, you can get a Quick Consult with Viviene or other lawyers. With Quick Consult, you can check out in minutes and for a transparent, flat fee of S$49, the lawyers will call you back on the phone within 1-2 days to answer your questions and give you legal advice.

This article is written by Viviene Sandhu from Clifford Law and edited by Tang Chee Seng from Asia Law Network.

How to Defend Against a Traffic Accident Claim
Strategic use of Offers to Settle (OTS) to negotia...
Top 10 Frequently Asked Questions answered by a Pe...
The SLIP & TRIP Protocol
What to do after a traffic accident in Singapore –...
Share This
0Shares
0 0 0
Previous Article

LGBT Couples in Singapore: 6 Things You Need to Know 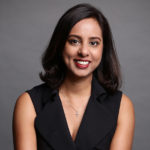