What’s next after the end of a startup? (Case study – Living the Link Pte Ltd)
0Shares
0 0 0
ASIALAWNETWORK.COM

Startups, they are all the rage these days. In a report by the Startup Genome, Singapore was ranked as the world’s no. 1 location for startup talent, ahead of Silicon Valley. Startups are poised to be the future of the world economy. Monies are loaned, and credits are extended on the promise of a brighter future.

With all this optimism, it can be difficult to imagine that a startup will not succeed. But what happens if it all goes wrong, and outstanding loans and debts remain. Is the creditor left without any recourse against the startup or its directors? How should directors conduct themselves when the business is insolvent? These issues (among others) were the subject of a judgment in Living the Link Pte Ltd (in creditors’ voluntary liquidation) and others v Tan Lay Tin Tina and others [2016] SGHC 67 (“Living the Link case”).

Living the Link Pte Ltd (“Living”) was founded by Tina Tan in January 2007. Tina Tan sought to launch a fashion and lifestyle concept store which was to combine the retail of high-end fashion with food and beverage outlets.

Unfortunately, the global financial crisis reared its ugly head in 2008, causing Living to face cash flow difficulties throughout 2008. The business was eventually wound up and its lease was prematurely terminated on 31 July 2009. The main non-related party creditor was the landlord.

The liquidators, together with its solicitors, commenced a thorough investigation into Living’s financial affairs, and in particular into substantial intercompany transfers shortly prior to liquidation.

The investigations revealed that Tina Tan had caused Living to transfer (among other things) approximately $2.6mn worth of Living’s inventory to creditors which were associated companies of Living. Essentially, Tina Tan had stripped Living of its assets before it was wound up. The liquidators thus commenced a suit against Tina Tan and the associate companies. The liquidators sought a return of the inventory or the cash equivalent of its book value to Living. To succeed, the liquidators had to establish that the inventory transfers were undue preference transactions under section 329 of the Companies Act (Cap. 50).

The law on unfair preference transactions

Section 329 of the Companies Act provides that “any transfer, mortgage, delivery of goods, payment, execution or other act relating to property made or done by or against a company which, had it been made or done by or against an individual, would in his bankruptcy be void or voidable under section 98, 99 or 103 of the Bankruptcy Act (Cap. 20) (read with sections 100, 101 and 102 thereof) shall in the event of the company being wound up be void or voidable in like manner”.

Sections 99(3) and 99(4) of the Bankruptcy Act provide that an individual gives an unfair preference to a person if:

However, the said preference must have been given at the relevant time. Section 100(2) of the Bankruptcy Act provides that the unfair preference transaction (which must have occurred during insolvency or caused insolvency) may be set aside if:-

As can be seen, whether a person receiving the preference is an “associate” has significance -it extends the relevant period by one and a half years.

Under Regulation 5 of the Companies (Application Of Bankruptcy Act Provisions) Regulations, a company is regarded as an associate of another company if:-

The judgment in Living the Link

The High Court first considered whether Living was insolvent at the time of the impugned transactions. It applied both the cash flow test and the balance sheet test under section 100(4) of the Bankruptcy Act and held that Living was both cash flow and balance sheet insolvent at the time the inventory transfers took place. It was not disputed that the creditors who received the inventory were associated companies for the purposes of section 100(2) of the Bankruptcy Act. The inventory transfers thus fell within the relevant time period.

Given the circumstances, the High Court held that the transfers of inventory did fall foul of section 329 of the Companies Act and ordered the related companies to pay Living the sum of approximately $2.6mn. Tina Tan was also made personally liable for the sum as the Court held that these unlawful transfers amounted to a breach of her fiduciary duty to ensure that Living’s assets were not misapplied to prejudice creditors’ interests (including the landlord’s).

Loaning money to a startup company poses risks to the lender. However, such risks can be properly managed with a well-drafted loan agreement. For example, personal guarantees or security over the company’s assets can be sought. These are preventive measures which can ensure a better chance of recovery should the company be wound up.

For directors, they have to be aware that when the company is solvent, their duty is to act in the best interest of a company. However, when insolvency looms, directors should be alive to the duty they owe creditors and should be cautious when dealing with the company’s assets.

When a company is unable to keep up with payments, a creditor should assess if an extension of credit terms is commercially sensible. If the answer is a resounding no and the debt owing is above $10,000, the creditor should consider issuing a statutory demand to the company. If the company is unable to pay within 21 clear days (excluding the day of service), it raises a rebuttable presumption of the company’s inability to pay its debts. This gives the court jurisdiction to make a winding up order should the creditor choose to make a winding up application against the company.

When a company has been wound up, liquidators will be appointed to carry out the liquidation process. A sudden depletion of assets prior to winding up should set alarm bells ringing as it suggests that the company has been stripped of its assets to defeat the interests of its creditors. As was the case in Living the Link, liquidators may, for the benefit of all of the company’s creditors, seek recourse against the errant directors or preferred creditors under section 329 of the Companies Act.

As can be seen, transactions entered into by companies which are in financial difficulties raise complex legal and factual issues. It is advised to sought legal advice whenever in doubt.

Need legal advice for your business?

If you are looking for legal advice for your business, you can request a quote with Bryan. Alternatively, you can get a Quick Consult with one of the practicing lawyers on our platform. With Quick Consult, you can check out in minutes and for a transparent, flat fee, the lawyers will call you back on the phone within 1-2 days to answer your questions and give you legal advice.

This article is written by Bryan Tan from Nair & Co.

My product has a copycat. What should I do? 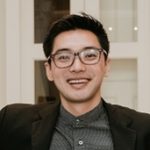