What is a Notary Public?
0Shares
0 0 0
ASIALAWNETWORK.COM

Ask anyone if they know what a Notary Public is, and the most likely response you will get is a quizzical look or a raised eyebrow. Nonetheless, despite being obscure-sounding and relatively unknown, a Notary Public performs the important function of notarizing documents that are to be used overseas. Foreign persons, entities or institutions overseas, such as employers, immigration authorities, banks, any government agencies, educational institutions and lawyers may require the submission of documents used or executed locally in Singapore.

However, not only may they  be unfamiliar with such documents but they may also find it difficult to verify if such documents have been properly executed and/or certified. The Notary Public, in such circumstances, being an independent and neutral party, performs the important role of assuring the foreign person, entity or institution that the submitted documents are validly executed and/or authentic. Currently, there are 649 Notaries Public in Singapore who have been appointed to perform these functions.

What does a Notary Public do?

Generally, as mentioned above, Notaries Public notarize (as the name suggests) documents and issue Notarial Certificates to show that these documents  are valid and authentic. This can be broken down into several different types of notarizations:

Additionally, a Notary Public can also be a witness to the execution of documents in Singapore but which are to be used in another country. Generally, the execution of documents refers to the signing of the documents in accordance with the requisite formalities. For example, the law may require that the document be signed by a certain number of people, or in the presence of a number of witnesses. In the latter cases, a Notary Public may act as such a witness. This may happen, for example, in the signing of deeds, contracts,  documents for the incorporation of a company or property transfers..

Moreover, a Notary Public can certify true copies of original documents. This means that the Notary Public will state that copies of the document are indeed true copies after examining the relevant documents. The Notary Public will do this by visually comparing the original documents with the copies. This usually happens when copies of important documents such as one’s birth certificate, educational certificates, testimonials, marriage certificate or any other documents need to be used overseas. Sometimes a Notary may be asked to certify that a document downloaded from an authoritative website, such as the Accounting and Corporate Regulatory Authority of Singapore is a true document. This can only be done if the Notary personally downloads the document from the website and prints it out

Finally, Notaries Public may also record a Ship’s Protest. A Ship’s Protest is a declaration made under oath by the master of the ship stating that any damage caused to the ship or cargo was due to the perils of the sea, such as bad weather or a maritime accident, rather than due to the master or crew’s negligence. This is often done following the ship’s entry into port after a rough voyage. The purpose of a Ship’s Protest is to protect the shipowner, master or crew from any liability from damage to the cargo or the ship.

Authentication and verification of notarization

For certain documents, further steps must be taken in addition to notarization. The requirements of the foreign country may prescribe that the notarization be authenticated, in which case it will be authenticated by the Singapore Academy of Law. In doing so, the Singapore Academy of Law will give an Authentication certificate verifying that the notary is lawfully practicing as a notary and that it is indeed his/her signature on the document. Further requirements may prescribe that the notarization be verified, in which case it will be verified by the Ministry of Foreign Affairs. Finally, the documents may even need to be sent to the respective embassies and consulates of the foreign country to be legalized. The purpose of these requirements is to prove that the person who certified the document is indeed a notary public, or to verify the signature of the notary public. Generally, stricter requirements apply where the document is to be used in a non-Commonwealth country. This entire process is sometimes, in short, called  the ‘chain of authentication’ by people who regularly deal with notarized documents.

What is an ‘Apostille’

Sometimes the foreign authority may ask you to get an ‘apostille’ or an ‘apostille certification’. Under the Hague Convention Abolishing the Requirement of Legalisation for Foreign Public Documents 1961, the chain of authentication process is shortened. Under this Convention, documents executed in a territory that is a party to the Convention, which is to be used in another territory, which is also a party to the Convention, do not need to be legalised, ie, it does not have to go through the chain of authentication. All that is required in these circumstances is a simple certificate called the ‘apostille’ to be issued by the relevant authority in the territory from which the document is being issued that the document has been properly and legally notarised. Whilst this simplifies the process, Singapore is not a party to the Convention and because of this, Notaries in Singapore do not issue apostille certificates and the chain of authentication process is the only way of legalising documents, at least for now.

Who can be a Notary Public?

The Board of Commissioners for Oaths and Notaries Public is made up of:

In order to qualify for appointment, a lawyer must fulfill certain requirements. Under the law, the lawyer must have been practicing for at least 7 years. Moreover, the lawyer cannot have been bankrupt, struck off the roll of advocates and solicitors of Singapore, or found guilty of misconduct which makes him unfit for practicing as a Notary Public.

In practice, however, the guidelines are much stricter. Internal policy of the Singapore Academy of Law prescribes that the applicant must have at least 15 years of experience in active legal practice and/or legal service, and must be at least 40 years old. Where there have been disciplinary proceedings against an applicant which resulted in the imposition of penalties, the application will also be rejected. Where no penalty was imposed, the Board will still have to consider the merits of the case before coming to a conclusion.

Moreover, the Board generally applies a quota for the appointment of Notaries Public, depending on the size of the firm of the applicant. The larger the firm, the more generous the quota of Notaries Public per firm. This is to cater to the greater notarization needs of larger firms. The Singapore Academy of Law provides the following guidelines:

What are the fees payable to a Notary Public?

The law prescribes fixed fees for notarial services in Singapore. Some of these are:

The full list of prescribed fees can be found in the First Schedule to the Notaries Public Rules.

How can I find a Notary Public?

The Singapore Academy of Law provides an online directory of all Notaries Public in Singapore, along with their firm, address, and the languages that the firm can deal in.  Firms deal in a wide range of languages, from English to Malay, Mandarin, Hindi, Tamil, Hokkien, Cantonese, Teochew, Gujarati, Punjabi, and even Urdu. When looking for a Notary Public, it would be helpful to find one that is near your home or workplace, for convenience’s sake. You may also wish to find a firm that deals in languages that you are familiar with.

Are the Notary’s fees negotiable?

No. The fees charged by a Notary Public are prescribed by Notaries Public Rules and are not negotiable. If there are any other fees apart from the prescribed fees, you will need to discuss these with the Notary.

Can the Notary attend to me at my location to notarize documents?

Yes but check with the Notary first if he/she is willing to do so. The Notary will be entitled to charge additional fees for attending to you at your location for time spent and for transport.

What do I need to bring along to my meeting with the Notary?

I have lost my original documents but I have a certified true copy. Can the notary still certify my document to be true and correct?

Must I be present at the Notary’s office or can I just send the documents to him/her?

If you are required to sign the document in the presence of a Notary, then you must be present before the Notary. The Notary will not witness your signature if you have not signed the document in his/her presence.

My document is not in the English language. Can the Notary witness my signature or certify a copy to be a true copy of the original?

Guidelines issued by the Singapore Academy of Law states that a Notary can do so as he/she is witnessing and attesting to the identity of the signature and not the validity of the contents of the document. However, the guidelines further provides that it would be prudent for a Notary to only witness a such a document when there is an English equivalent of the document translated by an official interpreter and the deponent, ie, you, sign both documents, ie, the document in the foreign language and the English translation. Whilst it would be prudent for the Notary to ask for a translation, it may not be necessary and this will depend on whether the Notary is comfortable with the document. It would be best to check with the Notary in advance but do note that in any case, the Notary has discretion in deciding whether he/she will notarise any document. Certifying a copy to be a true copy of the original document which is in another language, should not pose a problem if the original is produced.

If you would like to seek legal advice or the services of a Notary Public, you may get a Quick Consult with Gulab Sobhraj or other lawyers from a transparent, flat fee of S$49 and expect a call back within 1-2 days to get your questions answered.

This article is written by Gulab Sobhraj from Crossbows LLP and edited by Leanne Cheng from Asia Law Network.

A Guide to Initial Coin Offerings (Part 3 of 3) 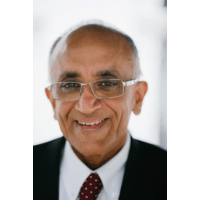