The Law in Singapore on Single Mothers – Is there more to be done?
0Shares
0 0 0
ASIALAWNETWORK.COM

Why does it matter what category you belong to?

However, if your child was born out of marriage and you chose to remain unmarried, or if you are unmarried and you have adopted a child, your rights will differ slightly from married or once married mothers.

What are the rights that will be discussed in this article?

Depending on what sort of housing you’re looking for, the criteria for eligibility varies. But in general, in terms of public housing, the schemes applicable to single mothers include: public / family scheme, and joint singles scheme.

For the purposes of the Housing and Development Board (HDB) Public Scheme, a family nucleus is defined as a family unit that includes:

If you are divorced or widowed.

If you are widowed or divorced with legal custody, care and control of your children, you will be eligible for several housing options under the public scheme as you and your child will be viewed as a qualifying family nucleus.

You will also be eligible for a priority scheme[1] if you have at least 1 child aged below 16 years and provided that your child is a natural offspring from the lawful marriage or legally adopted.

However, if you are widowed or divorced without full legal custody, care and control of your children, you will not be eligible under the public family scheme and will instead have to wait until you turn 35 years of age to purchase under the “Joint Singles Scheme”.

If you are unmarried with biological children, or adopted children.

There is no scheme available to single mothers who are unmarried. You will have to wait until you turn 35 years of age and must purchase your flat under the ‘singles scheme’.

What’s the problem with these schemes?

To address the issue of unmarried single mothers receiving few benefits or help in securing accommodation, the government claims that HDB will go on a case by case basis with single parents to help them out. However, Singapore’s Association of Women for Action and Research (AWARE) published a report[2] in 2016 December detailing how interviews with single mothers revealed how much they still struggle to keep a roof over their children’s heads.

An obvious issue, and a recurring theme within this article, is the often arbitrary distinction between unmarried single mothers and single mothers who were once married. The policy basis for making this distinction is the promotion of marriage as the basis for starting a family. It could certainly be argued that, given that most pregnancies that occur outside of marriage in Singapore are unplanned, putting in place a policy that essentially punishes those who do not conform to the government’s value system is ineffective as a deterrent, as most unmarried mothers did not make a conscious decision at the time of conception to become unmarried mothers. While the obvious answer to that is that this policy ensures that unmarried couples in Singapore do not begin making lifestyle choices to start a family without getting married, the reply to that is that perhaps the government should take a step back as Singaporean society evolves and allow couples to arrange for themselves the most fundamental and intimate aspects of their private and family lives.

However, this is Singapore, and we are all accustomed to the government sometimes interposing itself in our family lives. There is nothing new or surprising about the government’s imposition of its value system on members of society in a way that may have the effect of disadvantaging those of whom it disapproves, in this case, unmarried mothers. As the spectrum of family arrangements in Singapore diversify, it is hoped that government policies would not deprive any single parent, regardless of how they became single parents, of any support to which they would otherwise be entitled and that they need to embark on the difficult task of raising a child alone. However, this is not the present state of affairs and certainly not if you are an unmarried mother who requires suitable public housing in which to raise a family. With this in mind, we turn now to an examination of mothers’ rights in the workplace.

You are entitled to 16 weeks of paid maternity leave[3], this is on par with mothers who are married.

Are you eligible for the 16 weeks of paid maternity leave?

What do you have to do before you can go on leave?

What are you entitled to?

Your employer will be paying you your usual monthly salary during the leave period.

Unmarried mothers with children who are Singapore citizens were only given the same 16 week long maternity leave as their married counterparts pursuant to a 2017 amendment to the Child Development Co-Savings Bill recommended by the Ministry of Social and Family Development (‘MSF’). They were previously only given 8 weeks of maternity leave.

This change came about partially due to a recognition that single mothers, regardless of their marital status, require more support to care for their children. MSF also recognised that these benefits given to single mothers, ‘are useful in the child’s developmental or caregiving needs.

Perhaps it can also be said that implicit in this move is the recognition that the distinction made between married or once-married, and unmarried single mothers can be rather arbitrary. The government has time and time again explained that these distinctions exist to promote parenthood within marriage. However, the situation of single mothers can be infinitely complex and challenging, and can involve cases where a pregnant woman was perhaps expecting to get married but ended up an unmarried single parent instead. Given that the situations single parents are in can often be complicated, the law can arguably shift towards better protection of, and support for these single mothers and their children, instead of punishing both for being in the difficult situation they are in.

You will be entitled to 12 weeks of maternity leave, subject to these requirements:

How will you be paid?

For the first 8 weeks of leave, the employer will pay your usual monthly salary subject to the earlier requirements, and also that:

Widows and divorcees are entitled to government benefits like the Baby Bonus Cash Payment, access to public housing as discussed above, and tax benefits.

Unmarried single mothers do not enjoy any of the above-mentioned benefits.

The definition of a legitimate child and Inheritance Law

Another thing unmarried mothers must take note of is the definition of a legitimate child in law.

The filing fees for an adoption are $1,000 and mothers can either attempt to file the papers themselves or engage a lawyer to carry out the adoption process, which would naturally incur legal fees.

These considerations do not apply to widows or divorcees.

Clearly, raising a child alone is practically challenging enough as it is. It is unfortunate that the law in Singapore discriminates against single mothers who have not been married to make it even more difficult. It is hoped that this policy will eventually change and that the government will choose to treat all single parents equally.

Given how difficult it is to raise a child alone, it is not a lifestyle choice that many would willingly make. It is usually simply a situation in which someone finds themselves and they try to make the best of it.

Any concern that hordes of single people would choose to have children alone if this government policy ended is unlikely to manifest itself. However, ultimately, if some single people make the decision to have a child outside of marriage, it is submitted that, as adults, this is their choice to make. Accordingly, paternalistic government intervention to make that choice more difficult, particularly in denying access to public housing in a country where other accommodation is unattainable for many, is undesirable and should be ended.

Have a question on matters regarding single mothers?

Are you a single mother facing a legal problem? You can get a Quick Consult with Nadia Moynihan or with other lawyers. With Quick Consult, from a transparent, flat fee of $49, a lawyer will call you on the phone to give you legal advice.

This article is written by Nadia Moynihan from August Law Corporation and Jen Wang from Asia Law Network.

Curveball Series: Breach of Employment Contract &#...
Michael Loh, Partner of Clifford Law, details the ...
SMU Lexicon: Damages For Defamation — How Are They...
The Conveyancing Process in Singapore (with 99.co)
Dividing Matrimonial Assets in a Divorce in Singap...
Share This
0Shares
0 0 0
Previous Article 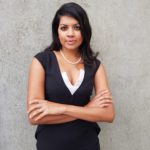