Are you looking to start an esports team? In this final article of a two part series on eports and law by video games and entertainment lawyer, Adrian Kwong, we look at things from the perspective of someone on the business side, such as a team owner or manager.

In the first article, I touched on various things an esports player should look out for when reviewing a player contract. These included being clear as to contract obligations and expectations, player employment status, compensation, behaviour, the ownership of intellectual property, and rights of termination.

This second article looks at five legal areas for a team to bear in mind.

What can you include in the player contract to better protect your team’s interests as players leave the team?  For example, can you include a buyout clause? Can you restrict the players’ ability to play for another team?  Must they repay training or tournament costs? Can you restrict what they say to the press when they leave?  Would such clauses be legally enforceable?

Overall, as you draft your team contracts, do consider whether your terms are not just (a) clear enough to legally rely on, but also (b) fair, in that they are in line with “market practice” or “industry standards” (whatever those might be in the still-evolving industry).  After all, you don’t want your contract being described as an “embarrassing slavery of a contract” or “utterly vile and atrocious”?[1]

You don’t want players tempted to break match-fixing rules for sums as small as USD 900, citing poor team compensation, as was seen in one SE Asian case.[2]

And of course, not having valid contracts, not paying players (and reporting that you have done both) could definitely be a team issue; a team in North America was actually banned in 2016 for this.[3]

When it comes to running a team, the actions of individual players may get you and the team in legal trouble. For example, bribery, cheating, fraud, or drug use could lead to corporate and criminal liability.

As such, a responsible manager would be advised to set clear lines on illegality, gambling, substance abuse, and even players’ social media postings. Should they disclose sponsorship or conflicts-of-interests in reviews, or pay taxes on benefits-in-kind, for example?

Given that players may front large audiences (the top global names can have millions of followers, and just one event can have a live stream of at least 60 million[10]), with direct access to channels like Twitch and their own social media accounts, the potential for publicity-related issues (including online meltdowns, harassment and even defamation or hate speech) can be especially quickly magnified.

Do consider putting in place clear and appropriate policies – ideally also backed up by the team contracts – so as to better manage team risks.  This is particularly true if you are operating a team house, and there are any minors or females involved. In addition to house rules like curfews, do consider appropriate health and safety precautions, as well as basic insurance and security measures.  Also, on a team level, do not neglect your other internal compliance areas, such as corporate secretarial, employee and investor matters.

As you grow your team, are you also building up a reputation and your own brand?  Do you make money off merchandising or licencing them?

Don’t risk losing control of your intangible assets or value. Consider making sure that your team name, logos, and other potentially valuable intellectual property required are legally cleared for use and protected, including by applying for appropriate registration.  Do also consider providing that your players, managers and employees have appropriate written assignments of IP to the team. Lastly, be ready to police the serious misuse of your brand, or theft of company property or information.

As the esports industry grows, ever-more revenue-generation options are opening up for your team’s business.  We see the sometimes-headline-grabbing prize winnings (as may be shared with your players), but teams today are definitely also earning off sponsorship and advertising deals, merchandising, live event and venue ticket sales, publisher partnerships, and last but not least, broadcast and media rights licencing.

Given the relatively new and still fragmented (multiple games, developers, and channels) state of the market, we understand that there is still relatively little industry consistency on business deal terms or structures.

As such, do not assume that the first contract you see is the “only way this is done”, and don’t be afraid to negotiate the contract if you feel something doesn’t work for you and your business (and have a lawyer help redraft the language to what you think is more accurate or reasonable).

Last, on a very high level, what rules regulate your team’s eco-system?

As we know, the industry is still developing.  In particular, there is no universal alignment of rules and league regulations. Instead these are heavily influenced by the individual game developers for their own leagues.

Remember, as the developer and owner of the game and the intellectual property, developers can change their own rules pretty much any time they want – including who can take part in any given tournament that they operate.  As such, do read the specific tournament and developer rules and keep up-to-date on anything that could have a material impact on your team (and make sure the players know the ones that can get them disqualified!).

Having said all that, with esports recently making it as a medal sport into the 2022 Asian Games, and 2019 South-East Asian games, likely using multiple games (eg 2-2-2 for console, PC and mobile) across multiple developers/ecosystems, it will be interesting to see if there is greater alignment of rules and governance (eg ethics, cheating, and adjudication). We are certainly keeping an eye open for anything coming from Singapore’s new national esports association, the Singapore ESports Association, as well as any moves from the Asian Electronic Sports Federation (AESF) as the sole competent authority in Asia recognized by the Olympic Council of Asia.

Esports is a topical and exciting area right now, and attention can only grow with its recognition as a medal sport for the Asian and SEA Games. With that growth comes many possibilities for increased business.  As with any relatively undeveloped area, though, one can also encounter the potential for legal uncertainty or even disputes.  Hopefully, some awareness of the legal risks –  and a little legal counsel – can perhaps help you prevent and manage issues and focus on maximising your esports business.

Have a question on employment or contracts?

If you need any legal advice regarding employment or esports,  you can  request for a quote with Adrian Kwong.  or get a Quick Consult with other lawyers from a transparent, flat fee from S$49. You can expect a call back within 1-2 days on the phone to get legal advice and have your questions answered.

This article is written by Adrian Kwong from Consigclear LLC.

Adrian is the founding director of Consigclear LLC. He has over a decade of experience as an in-house legal counsel, including as a General Counsel and a member of the worldwide executive management team of a Fortune 500 multi-national entertainment company.

Who is a “friend”? – Court of Final Appeal clarified the meaning of “friend” in relation to persons providing prison visiting services in Hong Kong

SMU Lexicon: Bridging the Divide between Married and Unwed Mothers 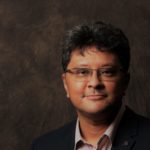 Adrian is the founding director of Consigclear LLC. He has over a decade of experience as an in-house legal counsel, including as a General Counsel and a member of the worldwide executive management team of a Fortune 500 multi-national entertainment company.