In 2017, the Companies Act[1] (“CA”) underwent another round of reform. Among the new legislative changes are the modifications of the statutory requirements for the annual general meeting (“AGM”) and annual returns (“AR”) filing.[2] These modifications should minimise the regulatory burden on companies in two ways.[3] Firstly, there will be new and more straightforward criteria for setting the dates for the AGM and AR filing.[4] Secondly, a new AGM exemption for private companies will be introduced.[5]

It is mandatory for companies incorporated in Singapore to hold an AGM and file AR returns annually.[6] The current regime uses what the author considers a “pegging approach” to determine the deadlines for companies’ compliance with the procedural requirements. All companies are to hold their first AGM within 18 months of incorporation; the subsequent AGMs must take place at intervals of not more than 15 months.[7] Furthermore, s 201 stipulates that financial statements tabled at the AGM must be made up to a date within four months for listed companies or six months for all other companies before the AGM.[8] Since the CA does not have provisions requiring companies to determine a fixed financial year end (“FYE”), the FYE of a company can be anywhere between zero to four or six months before the due date for the AGM as a consequence of s 201.

The date of the AGM in turn affects the date of AR filing. Companies that have a share capital and keep a branch register outside Singapore are required to file their AR within 60 days after the AGM.[9] All other companies have a shorter period of 30 days to comply with the same.[10] If a company holds its AGM on a different date from the previous financial year, it will have to ascertain new deadlines — the specific last days — for its AR filing in that financial year and for holding its next AGM.

Although the current framework allows for a high degree of flexibility in deciding the dates for holding AGMs and filing AR, Parliament sees room for improvement by aligning the timelines for holding AGMs and filing AR with companies’ financial year end.[11] Thus, the reformed regime will be simplifying the process for companies by adopting an “anchor approach”, thereby reducing their compliance costs and improving the ease of doing business in Singapore.[12]

Companies that were incorporated prior to the 2017 CA amendments will have their FYE deemed by law to be the date that they have previously notified to the Registrar as their FYE.[18] If there was no such notification, the company’s date of incorporation will be taken as its FYE.[19]

Given the statutory importance of the FYE in the new regime, companies may wish to decide on a different FYE that is most suited for their operational timeline. However, companies’ change of their FYE will be subject to regulation in four different ways.

Firstly, a company may change only the FYE of its current and/or immediate previous financial year provided that the statutory deadlines for its current-year AGM, AR filing and — if the AGM is dispensed with — sending of financial statements to its members have not yet passed.[20]

Secondly, a company must notify the Registrar of its FYE upon incorporation and of any subsequent change(s). For companies with an unusual financial year period, e. not 12 months, they should notify the Accounting and Corporate Regulatory Authority (“ACRA”) so as to avoid applying for approval to change their FYE every year.[21]

Thirdly, if a company changes its FYE under the new regime, it may not change its FYE within the next five years without the Registrar’s approval.[22]

Fourthly, companies must seek the Registrar’s approval if the duration of their financial year is longer than 18 months.[23]

The AGM exemption for private companies

Under existing law, a private company may dispense with holding AGMs if all of its members have approved a resolution to that effect[24] and then file its AR within 30 days after sending out its financial statements.[25] However, a member may request for an AGM within three months before the FYE.[26]

Amendments to the Companies Act

To further provide flexibility to businesses under the Companies (Amendment) Act 2017, a private company exempted from holding the upcoming AGM will have a longer period of five months after its FYE to send its financial statements to its members.[27] Furthermore, following the separation of the due date for AR filing from the date of AGM and its attachment to the FYE, a company has to file its AR within the stipulated time frame after its FYE as mentioned above.[28] Naturally, the AR should be filed after the financial statements have been sent to all the members of the company.

Alternatively, a private company may pass a resolution to dispense with the AGM requirement.[29] Even if the resolution ceases to be in force, the obligation will still be waived when less than three months remain to the date on which the company is required to hold an AGM under s 175.[30]

While providing companies with added convenience, the amended CA will simultaneously be implementing extra protective mechanisms to safeguard the interest of members by preventing the abuse of the simplified process.

Firstly, a member may request for an AGM by notifying the company to hold one. The member’s notification must not be later than 14 days before the statutory deadline, which is the last day of the sixth month after the company’s FYE.[31] In response to the member’s request, directors must hold an AGM within the stipulated timeframe.[32] Put differently, a company will be given at least 14 days to hold a member-initiated AGM before its statutory deadline, whereas under the current regime, a private company has up to three months to respond to a member’s call for an AGM.[33] However, under the new regime, the company may seek the Registrar’s approval for an extension of time to hold the AGM.[34]

Pursuant to the new laws, private dormant relevant companies which are exempted from sending financial statements will not be obligated to hold an AGM.[36] This category of companies will also come under the protection of the aforementioned safeguards.[37]

Although one might have reservations about whether the changes would truly reduce the compliance burden on companies, the new provisions should be an effective solution to simplify the current complicated timelines faced by companies. Parliament has proposed and passed these legislative changes with the intention of streamlining the procedural processes for the benefit of companies.[38] Of course, small and medium-sized enterprises in particular might find the new approval processes for changing the FYE and the shorter turnaround time for calling an AGM upon a member’s request cumbersome. Nevertheless, it is anticipated that companies as well as ACRA would find the new framework more commercially efficient in the long run. Legal counsels are recommended to closely monitor the implementation of the amendments in the first half of 2018[39] and take steps to comply with the new laws accordingly.

Ming Jie was a former public servant who is passionate about the arts and culture. She likes anything and everything witty, which partly explains her cross over to law. “A great joke trumps any well-reasoned argument because it is easier to convince people than make them laugh”, or so she claims. Having said that, she truly believes in the power of law and the impact it can make on people's lives. She aspires to be a great wordsmith and a respectable lawyer.

New Regulatory Regime in Singapore for Venture Cap...
When is a contract for the sale of goods not a con...
Parliament amends Women’s Charter to introdu...
Chan Siew Lee Jannie v Australia and New Zealand B...
Tan Peng Chin LLC’s Update on Business Arran...
Share This
0Shares
0 0 0
Previous Article 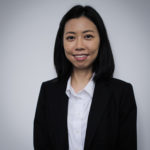 Ming Jie was a former public servant who is passionate about the arts and culture. She likes anything and everything witty, which partly explains her cross over to law. “A great joke trumps any well-reasoned argument because it is easier to convince people than make them laugh”, or so she claims. Having said that, she truly believes in the power of law and the impact it can make on people's lives. She aspires to be a great wordsmith and a respectable lawyer.