Thailand was one of the first ASEAN Member States to enact a competition law with the Price Fixing and Anti-Monopoly Act of 1979. However, that legislation was generally accepted to have been ineffective in relation to competition law enforcement and was replaced by the Trade Competition Act B.E. 2542 (1999) (“Old TCA”). The Old TCA came into effect on 30 April 1999 and was intended to auger a modern and effective approach to regulating competition in Thailand.

Unfortunately, history evidences that the Old TCA was also not particularly effective and significant issues were raised with respect to the legislation and its implementation including:

While the regulators established under the Old TCA attempted to address a number of these concerns, eventually, the Trade Competition Act B.E. 2560 (“New TCA”) was approved by the National Legislative Assembly on 24 March 2017. The New TCA was published in the Government Gazette on 7 July 2017 and took effect on 5 October 2017.

While many details of the New TCA were left to later determination, all regulations under the Old TCA which do not contradict, or are not inconsistent with, the New TCA remained effective until regulations are issued under the New TCA. We note that some notifications and guidelines have already been issued.

In this update, we will identify a few of the key differences between the Old TCA and the New TCA, in particular:

Under the Old TCA, mergers which might result in monopoly or unfair competition, as prescribed by the TCC, were prohibited without the regulator’s permission. No relevant thresholds were ever prescribed and this left the Old TCA’s merger provisions effectively unimplemented.

Under the New TCA, any merger which may significantly reduce competition as prescribed by the TCC must provide a post-completion notification within 7 days from the merger date. However, any merger leading to monopoly or dominance must obtain consent of the TCC prior to completion. It appears that the test for dominance under the merger provisions will be the same as that established under the abuse of dominance provisions of the New TCA (described in more detail below). The New TCA’s merger regime specifically excludes internal restructuring as prescribed by the TCC.

Further guidance on the merger regime was released on 28 December 2018 and will be discussed in more detail in a later publication.

The defined list of prohibited actions by dominant entities is essentially identical between the two statutes; however there appears to have been a substantial change in how dominance is determined under the New TCA.

Under the Old TCA, an entity was considered dominant based on market share and sales volume thresholds prescribed by the TCC. Effective 8 February 2007, the TCC’s notification on Criteria for Business Operator with Market Domination set out the prescribed thresholds for dominance essentially as follows:

1. Any business operator having a market share in the previous year of 50% or more and a sales turnover of at least THB 1 billion (approximately USD 30.5 million); or

Under the New TCA, the definition of dominance has been expanded beyond prescribed market share and total sales to incorporate consideration of various market factors such as number of competitors, amount of investment, access to production inputs, distribution channels, the current network of business operation, necessary fundamental business structure, regulations and other prescribed factors. The New TCA explicitly incorporates market shares and sales of an entire corporate group (as prescribed by the TCC) into the threshold calculations.

Also, on 4 October 2018, the TCC issued a Guideline on the criteria for determining a relationship between companies which was published in the Gazette on 1 November 2018. It states that businesses that satisfy the criteria to establish a policy or controlling relationship shall be considered as a single business entity under the New TCA. The criteria set out include:

On the same date, the TCC issued a Guideline on prohibited practices by dominant businesses which outlines the TCC’s approach to certain of the conduct listed under Article 50 of the New TCA. It specifically addresses conduct such as predatory pricing, margin squeezes, price discrimination, excessive pricing, resale price maintenance, exclusive dealing and tied selling.

A violation of the abuse of dominance provisions is subject to potential criminal penalties of up to 2 years jail or 10% of income or both. Responsible individuals may also be liable where the offender is a juristic person.

There are some significant changes to the way anti-competitive agreements are addressed under the New TCA.

Essentially under the Old TCA, businesses were prohibited from entering into an agreement that leads to monopoly or reduction or restriction of competition through an enumerated list of prohibited activities. While not expressly set out as such, the Old TCA created a black list of conduct that was always prohibited including:

In addition, a gray list was set out of conduct which was prohibited unless the TCC’s consent was obtained including:

Criminal penalties applied with respect to any such infringement of the “black” or “gray” list.

The New TCA takes a different approach. A hard-core cartel provision applies criminal penalties to joint actions by competitors in relation to:

In contrast, a broader prohibition against joint actions between businesses (regardless of whether they are competitors) is subject only to administrative penalties. The list of infringing soft-core conduct includes:

None of these prohibitions apply to intra-group actions as prescribed by the TCC. Exceptions for soft-core agreements may also be available in relation to agreements for developing manufacturing, distribution or technological or economic progress and for certain licensing agreements that, based on the Guideline noted below, are likely to be interpreted as franchise or authorized dealership agreements. Such exceptions are only available to the extent necessary and where such actions do not create a monopoly or restrict market significantly taking consumer impact into account.

The 4 October 2018 Guideline on cartel conduct outlines the TCC’s approach to conduct prohibited under Articles 54 and 55 of the New TCA. Of particular interest, the Guideline notes that agreements will include those in any form whether written or legally binding, actions by associations and co-ordinated conduct.

Under the Old TCA, if the TCC determined that an infringement had occurred, it would submit the relevant dossier to the public prosecutor for criminal charges to be laid. Of course, no case under the Old TCA was ever prosecuted before a criminal court and, famously, the TCC’s submission of the AP Honda matter was rejected on more than one occasion.

Under the New TCA, from a substantive perspective, only the abuse of dominance provisions and the hard-core horizontal cartel provisions are established as criminal offenses. The remaining substantive offenses are set out as administrative matters with the fines to be fixed by the TCC as follows:

Certain individuals may be subject to penalty if the infringing entity is a juristic person.

One important aspect of the New TCA for businesses who may be concerned with the possible implication of their conduct in relation to the abuse of dominance and anti-competitive agreements provisions is the ability to obtain advance rulings from the TCC.  Any advance ruling provided may be subject to conditions and may be revoked for non-compliance with such conditions or if information provided by the applicant on which the decision is made proves to be materially inaccurate.

In 1994, DFDL was built on the foundation of a unique vision: to build an integrated international standard law firm, with in-depth knowledge of the Mekong Region, while providing specialized and personalized advisory services to the international business community. DFDL Expertise Integrated international law firm providing technical excellence across our core areas of expertise; In-depth local and cross-border experience in complex and sophisticated transactions across a wide geographical front; A practical knowledge of local business cultures and practices; and Our areas of expertise: Banking and Finance, Corporate and Commercial, Energy, Mining and Infrastructure, Mergers and Acquisitions, Real Estate and Construction, and Taxation. As the Mekong Region and other emerging markets continue to thrive, DFDL is uniquely positioned to secure your access to promising international growth opportunities.

SMU Lexicon: The Supremacy of the “Taxpayer-...
An Intellectual Property Law perspective on Open S...
Cambodia Tax Alert: Double Tax Agreement Update
How do I set up a register of controllers for my b...
How copyright applies to AI-generated works
Share This
0Shares
0 0 0
Previous Article 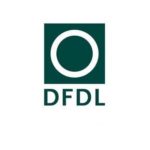 In 1994, DFDL was built on the foundation of a unique vision: to build an integrated international standard law firm, with in-depth knowledge of the Mekong Region, while providing specialized and personalized advisory services to the international business community. DFDL Expertise Integrated international law firm providing technical excellence across our core areas of expertise; In-depth local and cross-border experience in complex and sophisticated transactions across a wide geographical front; A practical knowledge of local business cultures and practices; and Our areas of expertise: Banking and Finance, Corporate and Commercial, Energy, Mining and Infrastructure, Mergers and Acquisitions, Real Estate and Construction, and Taxation. As the Mekong Region and other emerging markets continue to thrive, DFDL is uniquely positioned to secure your access to promising international growth opportunities.