The dispute arose due to the revocation of Churchill Mining PLC’s exploration licenses for a mining project in East Kutai, Kalimantan. Churchill Mining PLC then filed a claim against Indonesia for alleged breaches of Indonesia’s Bilateral Investment Treaties (“BIT”) between the United Kingdom and Australia which was registered on 26 December 2012. The Applicant claimed that “the State failed to provide “clear and convincing evidence” that the disputed documents were forged and fabricated by Ridlatama [the Applicant’s business partner], or of the existence of a massive, systematic and sophisticated scheme to defraud the Respondent. It further claimed that the signatures on the 34 documents were authorized and hence the documents were validly issued.” [Emphasis added]

However, the ICSID Arbitral Tribunal dismissed the claims “concluding that the general survey licenses, the exploration licenses and the ancillary documents were neither authentic nor authorized”; and ordered Churchill Mining PLC to pay more than USD 9 million in costs and arbitration fees.

In response, Churchill Mining PLC submitted an annulment application relying on the grounds provided under Article 52 of the ICSID Convention on 31 March 2017. The grounds were:

The hearings took place on 16 July 2018 and 17 July 2018 in Singapore before the Committee consisting of Judge Dominique Hascher, Professor Dr. Karl-Heinz Böckstiegel and Ms. Jean Kaliciki. The salient points of the annulment decision on the above relied grounds are set forth next.

First, the Arbitral Tribunal did not violate the fundamental rules of procedure since the Applicant was presented the opportunity to present its case and respond to the Respondent’s arguments. A finding of such violation requires a high threshold that showcases clear denial of a reasonably full opportunity to be heard without the need to demonstrate that the outcome of the case would have been different otherwise. The Committee further opined that the principle of “full opportunity” requires “tribunals to provide each party with an adequate opportunity to be heard but not necessarily with an unlimited opportunity to present its case. In this perspective, the right to be heard is commonly considered as not absolute, but rather subject to possible limitations, provided that they are reasonable and proportional to the aim to be achieved.”

Contrary to the Applicant’s assertions, the Committee found that the Applicant had submitted the relevant documents and arguments in supporting its claim on due diligence. The fact that the Arbitral Tribunal did not exercise its authority to order the parties to present more evidence indicates that the submitted evidences were already sufficient. Other than that, the Arbitral Tribunal consistently explained throughout the proceeding that the assessment on the legal consequences of an illegal investment would be based on the good faith principle and the prohibition on the abuse of process that would be a matter of admissibility.

The Committee held that the disregard of documents pertaining to the corruption investigation on the East Kutai Regency showcased the Arbitral Tribunal’s respect towards the confidential nature of the process. In any case, the East Kutai Regent’s witness statement would not have been the only or main evidence that led to the Arbitral Tribunal’s conclusion in finding the illegality of the Applicant’s investment.

The Arbitral Tribunal had considered the specific facts of the case in placing the burden of proof on the Applicant to prove the existence of fraud and deception and does not reflect a sudden departure from the usual practice. In the same vein, the Arbitral Tribunal also has the discretion to approaching the question on the admissibility of claims all together instead of addressing each claim one by one, which explains why it did not address Claimant’s subsidiary claims. The Committee particularly noted that the Applicant’s claim on the Respondent’s state responsibility was unaddressed because the Arbitral Tribunal deemed the Applicant’s business partner as the principal actor and that the regency insider’s assistance was comparatively far insufficient to taint the claims’ inadmissibility.

Secondly, the Arbitral Tribunal did not manifestly exceed its powers – which were defined by the Committee as a reprimand of an exercise of powers beyond the limits of its constituent instrument. The Committee found that the Applicant’s challenge on the application of international law principles and precedents instead of Indonesian laws in assessing the investment’s legality questions the Arbitral Tribunal’s decision on the applicable law, which is not reviewable by the Committee. Additionally, the Arbitral Tribunal had decided the dispute through its gradual issuance of procedural orders and directions that falls within its authority conferred under the BITs, the ICSID Convention and Arbitration Rules.

Thirdly, the Arbitral Tribunal has sufficiently stated their reasoning in the award. In practice, the reasons may be implicit in the considerations and conclusions as long as they can be inferred from the terms of the decision. In particular, the Committee ruled that the Arbitral Tribunal does not need to provide reasons on the issues raised by the Applicant that have become irrelevant to the outcome of the case. Due to the foregoing reasons, the Committee rejected the annulment application.

While the annulment decision marks a triumphant event for Indonesia, it certainty does not dim Indonesia’s spirit in building a business climate that provides legal certainty for foreign investors in all stages of investment. If anything, Indonesia is reminded to be more cautious in implementing its investment regulations and issuing licenses. Indonesia could particularly enact a regulatory framework outlining the parameter and sanctions on an investor’s duty of due diligence.

Above all, this case conveys a clear message to both States and investors: in order for an investment to be afforded protection, it must be made and performed in accordance with the host state’s applicable laws and regulations and the principles of international law.

This article was written by Budidjaja International Lawyers and can be found on their website.

Budidjaja International Lawyers (previously known as Budidjaja & Associates) – “BIL” is an Indonesian full- service and independent law firm with a strong domestic and international presence. Established in 2007, we have quickly forged a reputation as one of the leading legal practices in Indonesia. This is evidenced by high client satisfaction, which is driving rapid growth in our firm, as well as recognition of our work from legal directories and publications such as Asian Legal Business, Asialaw Profiles, Chambers and Partners, IFLR 1000, and the Legal 500. BIL provides legal services that are comparable with the top international law firms. We work efficiently to deliver effective solutions and outcomes for our clients. We are client service-oriented, and are open to new and innovative approaches to the practice of law. At the same time, we adhere to the highest standards of professional ethics and conduct.

Hong Kong: Who shall bear the burden of proof in c...
Hong Kong Case Study: Applications of non-primary ...
Adoption in Singapore: How does it work?
Building and Construction: How Do Performance Bond...
What do you need to know when registering your dom...
Share This
0Shares
0 0 0
Previous Article 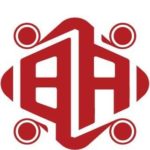 Budidjaja International Lawyers (previously known as Budidjaja & Associates) – “BIL” is an Indonesian full- service and independent law firm with a strong domestic and international presence. Established in 2007, we have quickly forged a reputation as one of the leading legal practices in Indonesia. This is evidenced by high client satisfaction, which is driving rapid growth in our firm, as well as recognition of our work from legal directories and publications such as Asian Legal Business, Asialaw Profiles, Chambers and Partners, IFLR 1000, and the Legal 500. BIL provides legal services that are comparable with the top international law firms. We work efficiently to deliver effective solutions and outcomes for our clients. We are client service-oriented, and are open to new and innovative approaches to the practice of law. At the same time, we adhere to the highest standards of professional ethics and conduct.