In line with Singapore’s vision of becoming an international arbitration hub, the work done by the Singapore International Arbitration Centre (SIAC) is nothing short of phenomenal and pioneering.

When it comes to embracing thought leadership and SIAC’s direction in the future, Seok Hui, CEO of SIAC, is optimistic and passionate.

“We have a responsibility to not only meet, but exceed, the expectations of users.”

Asia Law Network had the privilege of sitting down with Seok Hui for a fireside chat about her journey in SIAC, as well as SIAC’s mandate and achievements.

As CEO, Seok Hui is responsible for the overall management and operations of SIAC, including business development. She had formerly practised in Singapore and Hong Kong SAR as a corporate and M&A lawyer with international as well as local law firms. She also held General Counsel positions in various multinational corporations. Seok Hui is called to the Singapore Bar and the Bar of England & Wales and is also admitted as a solicitor in England & Wales and Hong Kong SAR. She previously held a concurrent role as the first Chief Executive Officer of the Singapore International Mediation Centre (SIMC), and currently sits on the Board of Directors of SIMC.

Thank you so much for meeting us Seok Hui.

We understand that you were concurrently the CEO of SIAC and the Singapore International Mediation Centre (SIMC) when SIMC was first established in 2014. Can you share with us more about how that was for you?

It was challenging to be in both roles concurrently, but I found it fun at the same time. I joined SIAC as the CEO in April 2013, and about a year and a half later, in November 2014, SIMC was established. At that time, it made sense for me to concurrently lead both organisations, particularly so that we could establish processes and procedures for the then newly established SIMC.  SIAC and SIMC are like sister organisations, and the key markets and users for both centres were very similar. In addition, SIAC and SIMC jointly collaborated on the Arbitration-Mediation-Arbitration (Arb-Med-Arb) Protocol, which provides users with seamless integration of arbitration at SIAC and mediation at SIMC. The integration between SIAC and SIMC ensures that users have complete flexibility over when and how they elect to mediate. They can include our Arb-Med-Arb model clause in their written contracts, or they can opt for Arb-Med-Arb by agreement at nearly any stage in the proceedings. Parties also control the timing. They can even choose to mediate halfway through an arbitration, and SIAC will facilitate this to ensure that the process is seamless.

Once SIMC was off the ground, it received a significant number of mediation cases and took off quite nicely. At the same time, SIAC required 100% of my attention. As SIMC continued to grow, it came to a point where it made sense for SIMC to have a full-time CEO.

What were your first thoughts when you started at SIAC? Did you feel entirely ready to take on the challenge? Was it daunting?

Initially, the role was definitely daunting. While I was in private practice, I was a corporate M&A and securities lawyer. Later, when I served as General Counsel in various organisations, I had to oversee litigation and arbitration, but generally, my role was to understand the big picture. While I knew about international arbitration in a general sense, leading an arbitral institution was a new and (as it turned out) fulfilling experience. Being the CEO of SIAC required me to not only run an institution, but also to be a global ambassador for SIAC and Singapore.

I believe it is difficult for anyone to say that they are ready to take on any challenge because they do not know what it will entail. For me, the challenge was exciting and it was something I had wanted to take on – something different from what I had been doing previously but still within the legal industry.

What do you think is the most challenging aspect of your job?

The most challenging aspect of leading SIAC is that, as a global institution, we have a responsibility to not only meet, but exceed, the expectations of users. We never rest on our laurels. We always try to push the envelope to stay ahead of the curve and be at the forefront of the law and practice of international arbitration. We have to constantly innovate and evolve to ensure that we are offering users a service that meets our core values — quality, speed, costs, efficiency and a personal touch.

Over the past several years, Singapore and SIAC have gained recognition as one of the world’s leading dispute resolution hubs and as a premier arbitral institution. However, competition is intense. That competition pushes us to do better and lead with pioneering initiatives.

Since you have taken the helm at SIAC, are there any significant events that stood out for you? Why?

Compared to other prominent arbitral institutions, SIAC is a relatively young institution. For SIAC to gain global recognition, not just as an Asian institution, speaks volumes for Singapore and SIAC.

The second significant achievement was when SIAC overtook the London Court of International Arbitration (LCIA) in terms of case numbers. In fact, we have now handled more cases than the LCIA in each of the past 3 years, which makes us the number two global arbitral institution in terms of international administered caseloads. Last year, SIAC received over 400 new cases, our users came from 65 jurisdictions, and 84% of our new cases were international in nature.

How do you think your previous experience prior to this role prepared you for this role?

When I first started at SIAC, I brought the user’s perspective thanks to my background as General Counsel. Having been a user myself, I understood from the outset what users are looking for, namely, trust, neutrality, quality, efficiency and enforceability of awards. This perspective was important because it helped me ensure that the service SIAC provides ticks all the boxes.

What are some of the initiatives we can look forward to from SIAC this year?

First, SIAC will continue to build on its thought leadership standing by exporting the SIAC Academy to more cities across Asia. The SIAC Academy is a two-day intensive workshop that features SIAC’s special procedures and provides practical, “hands-on” training for arbitration practitioners and arbitrators. The inaugural edition was held in Singapore in November 2017, and we took it global last year by exporting the workshop to Beijing, Mumbai, Seoul and Tokyo. This year, we will be holding the workshop in Kuala Lumpur, Jakarta, Bangkok and Manila.

In 2018, we launched the “SIAC and Institutional Arbitration” module at the National University of Singapore, which introduced students and practitioners to the role and function of arbitral institutions in the practice of international arbitration. The feedback was extremely positive and we will be continuing the module at NUS this year. We will also be partnering with leading overseas universities to export the module across Asia.

Third, SIAC will continue its efforts to nurture and develop the next generation of arbitration practitioners and arbitrators. Our young professionals group, YSIAC, has a new committee of 31 arbitration practitioners from 14 different jurisdictions, and they are full of enthusiasm, energy and ideas. SIAC works with the YSIAC Committee to develop events and workshops that train and hone younger practitioners’ advocacy skills.

Where do you see SIAC’s footprint in the next 5 years?

We will continue to expand our market outreach. SIAC is well-positioned for increased growth in its caseload and will continue to administer some of the most complex and high-value disputes in arbitration. The breadth of our users and the total value of our cases continue to increase each year. The next five years will also see SIAC burnish its standing as a “thought leader” at the cutting edge of international arbitration.

If you describe SIAC’s work in one word, what word would that be and why?

Passion. Passion is the DNA of this place, and a passion for excellence drives everything that we do. With passion, we can be innovative and dynamic. Passion is the reason we are constantly thinking about what more we can do for our users.

What are three fun facts about yourself that you can share with us?

#1 I used to play squash competitively at an international level. I started playing squash just before my 11th birthday, and I was one of the youngest competitors in the history of squash in Singapore and East Asia. I won my first Singapore Open title when I was only 16. (wow! but why squash?)

Squash involves strategy. It is not just about being fit. People have the misconception that you become fit by playing squash. That is far from the truth. You become fit first, then you play squash. You also need to think tactically to defeat your opponent.

#2 I now regularly practice yoga and find it calming and meditative. I find it extremely useful to detox and destress. I see yoga as a hobby and sport that a person can do for life.

#3 Last fun fact is that while I am exacting at work and set high standards for my team, I am very laid back at home with my children. (Really?) Yes really, even though it might seem hard to fathom (haha!)

Lawyer Feature: Sharanjit Kaur from Withers Khatta...
Lawyer Feature: Book ‘Resolving Disputes’ by Anil ...
How can I make the most of my interaction with the...
Setting up a new business in Singapore
Lawyer Feature: Anthony Curtin from Merton Lawyers
Share This
0Shares
0 0 0
Previous Article 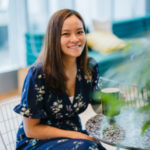