In cross-border insolvency, there are two contrasting approaches. On the one hand, there is the territorial approach, focused primarily on the interest of the local creditors.[1] On the other, there is the universal approach, where one court leads the administration of the insolvency proceedings, and other courts cooperate with the main action.[2]

For the universal approach, the centre of main interest (“COMI”) test is pivotal to determining whether the court in question has the authority to collect and deal with all assets of the debtor.[3] The COMI test, in general, determines in which state insolvency proceedings should be opened, which state’s laws takes precedence if competing insolvency procedures are commenced in different member states, and also ensures recognition and co-operation for those proceedings.[4]

In Singapore, the universal approach has been adopted. Singapore’s position is that its courts retain the inherent discretion to render assistance to foreign winding-up proceedings where appropriate.[5] For instance, in Re Opti-Medix, which concerned an application by a bankruptcy trustee for recognition in Singapore, the court adopted the COMI analysis in recognising the Japanese bankruptcy orders for a BVI-incorporated company in Singapore, as the company’s COMI was in Japan.[6] In this regard, Singapore’s adoption of the UNCITRAL Model Law on Cross-Border Insolvency (“Model Law”), which expressly adopts the COMI principle in its articles,[7] further evinces Singapore’s preference for the universal approach. This trend is desirable in light of the need to harmonise and streamline the process of recognising foreign insolvency proceedings in Singapore.[8]

The key question to be addressed in this article is how the court should apply the COMI analysis. It is submitted that Singapore is likely to, and should adopt the multi-factorial approach, to ensure the recognition of the most appropriate jurisdiction to issue insolvency proceedings. The factors to be considered are: (a) the location of the central administration, which are the bodies responsible for the management, decision-making, and supervision of a company; (b) the location of the company’s assets and contracts; and (c) the location of its registered office.[9]

Understanding COMI and the multi-factorial approach

Under the Model Law, COMI is defined as the place where the debtor conducts the administration of its interests on a regular basis and that is therefore ascertainable by third parties.[10] In the absence of proof to the contrary, it is presumed that the debtor’s registered office is the COMI.[11] However, according to the European Insolvency Regulation (“EIR”) from which the COMI principle is adopted,[12] the presumption may be rebutted if, from the viewpoint of third parties, the location of a company’s central administration is not the same as the location of its registered office.[13]

The EU approach has taken the multi-factorial approach. Among the various factors, the location of the debtor’s central administration is the one that is given greater weight. This is seen in a series of seminal European Court of Justice (“ECJ”) decisions: Interedil and Eurofood.[14] In Interedil, the company concerned was incorporated under Italian law with a registered office in Italy, which was then transferred to London.[15] The presumption of COMI in favour of the UK based on the location of the registered office was, however, rebutted because the company’s property was located in Italy, and the creditors were not notified of the change of registered office.[16] However, in Eurofood, the fact that the control over the economic choices of the concerned company were made by the mother company, which was located elsewhere, was insufficient to rebut the presumption of COMI in Italy because there were sufficient business activities carried out in the location of the registered office, Dublin.[17]

The US has also adopted the COMI test in Chapter 15 of its Bankruptcy Code to determine the recognition of foreign insolvency proceeding.[18] The US Supreme Court similarly took a multi-factorial approach in determining the location of the COMI and affirmed the relevant factors to be considered as including the location of the debtor’s central administration, company assets, and contracts.[19] Thus in Bear Stearns, the court refused to recognise foreign insolvency proceedings opened in the Cayman Islands, due to the absence of any meaningful contacts of the company in that jurisdiction, notwithstanding that the company was registered there.[20]

The steps ahead for Singapore

The multi-factorial approach is preferable because of its ease of application, predictability and foreseeability when determining which court has jurisdiction to open the main insolvency proceeding.[21] Where international jurisdiction is based on a place known to the debtor’s potential creditors as the location of the company’s business activities and assets, this enables calculation of the legal risks assumed by the major creditors in the case of insolvency.[22] The debtor’s major creditors typically look to the aforementioned factors[23] in determining the jurisdiction from which that the company is most likely to commence insolvency proceedings ( the COMI).[24]

This multi-factorial approach is already observable in Singapore. Abdullah JC in Re Opti-Medix concluded that Japan was the location of the company’s COMI, even though Japan was not the location of the company’s registered office.[25] This was because by looking at the place where actual business was carried out, Japan, the court concluded that the place where the debtor conducts its administration was in fact Japan.

The use of the multi-factorial approach in ascertaining the location of the COMI is a welcome development in view of the harmonised jurisdictional rules for cross-border insolvency. This is aligned with Singapore’s objective of becoming a global insolvency hub.[26] In applying the Model Law, a multi-factorial approach with regard to the COMI test is and should continue to be adopted to ensure the recognition of the most appropriate foreign main proceedings.

[8] Indranee Rajah SC, Enhancing Singapore As An International Debt Restructuring Center for Asia and Beyond (20 June 2017)

Thailand: Know Your Rights Before Buying A Residential Unit In A Mixed-Use Project 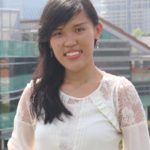