[7] As opposed to a Single Member Constituency (“SMC”).

How to resolve disputes with your condominium mana...
Singapore Trade Marks – Clarins Fragrance Group’s ...
JC Legal Expands Practice in US and EU
Offence for anyone in Singapore to travel to Ukrai...
Cambodia Legal Alert: Cambodia’s Latest Draft Comp...
Share This
0Shares
0 0 0
Previous Article

Hong Kong: When Would the Court Exercise its Power to Set Aside an Arbitral Award? 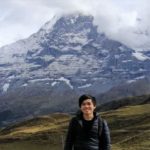