[4] The author also agrees with Lord Sumption who stated that it would be undesirable to make any pronouncement on the issue of consideration since it would merely be obiter dictum. Rock v MWB (UKSC), supra n 1, at [18].

[26] Ibid. Lord Justice Kitchin quoting Cardozo J in Alfred C Beatty v Guggenheim Exploration Company (1919) 225 NY 380: “Those who make a contract, may unmake it. The clause which forbids a change, may be changed like any other. The prohibition of oral waiver, may itself be waived.”

This article is written by Darien The Chun Yiu from Singapore Management University (Class of 2021). This article was originally published on 25 January 2019 at SMU Lexicon.

Darien is a writer for Lexicon: A SMU Law Student Publication, and a Year Three Law student at Singapore Management University. He is interested in commercial law, and remains updated on changes in the finance industry.

A Guide to Applying for a Grant of Probate
SMU Lexicon: Lost Chance – Acceptance at last? A c...
Myanmar Tax Update: Annual Tax Compliance Reminder...
Smart contracts – can code ever be law?
Structuring successful partnerships for your start...
Share This
0Shares
0 0 0
Previous Article

Australia: Andrew Douglas, Managing Principal of FCW Lawyers addresses why wellbeing in law firms has to be a top priority.

Lijun Chui, Counsel with Clifford Chance Asia and one of Singapore’s most influential lawyers in 2018 shares how technology improves the productivity of law firms 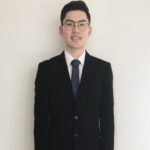 Darien is a writer for Lexicon: A SMU Law Student Publication, and a Year Three Law student at Singapore Management University. He is interested in commercial law, and remains updated on changes in the finance industry.