III. Why was the CCCS only able to intervene after the merger had been proceeded with?

A. Notification systems – mandatory versus voluntary

B. The rationale and costs of the mandatory notification system

C. The allure of the voluntary notification system

“[The penalty] must be fixed with a view to ensuring that the penalty is not such as to be regarded by [the] offender or others as an acceptable cost of doing business… [T]hose engaged in trade and commerce must be deterred from the cynical calculation involved in weighing up the risk of penalty against the profits to be made from contravention”.[31]

Further, in a 2018 speech by the Chairman of the ACCC, Rod Sims, the ACCC pledged its commitment to ensuring that large businesses bear penalties that are commensurate to their size.[32]

IV. Are the ordered remedies sufficient to address the competition concerns?

A. Greater reliance on behavioural remedies

… the defendant, who ex hypothesi did not think that it was in his economic interest to run the business at all, now has to make decisions under a sword of Damocles which may descend if the way the business is run does not conform to the terms of the order. This is, as one might say, no way to run a business.[42]

B. The fallibility of behavioural remedies

V. Is the imposition of financial penalties a sufficient deterrent?

A. The statutory limit in the Competition Act

B. The penalties are only limited to corporate fines

For the purse snatcher, a term in the penitentiary may be little more unsettling than basic training in the army. To the businessman, however, prison is the inferno, and conventional risk-reward analysis breaks down when the risk is jail. The threat of imprisonment, therefore, remains the most meaningful deterrent to antitrust violations.[71]

[9] Id, at [5]. Network effects arise where the value of a product or service increases with the number of other customers consuming the same product or service. This arises especially in two-sided markets, which caters to two or more groups of customers and network effects are generated as more customers join one or the either side of the market. See Richard Whish & David Bailey, Competition Law (Oxford University Press, 7th Ed, 2012) at pp 11-12.

[29] See generally Chander Shekhar & Philip L. Williams, “Should the Pre-Notification of Mergers Be Compulsory in Australia?” (2004) 37(4) The Australian Economic Review 383.

[52] It is beyond the purview of this essay to suggest what would have been a better solution in this regard; however, given Singapore’s resource constraints and business-oriented policies, there may be none.

[64] Competition and Consumer Commission Singapore, CCCS Guidelines on the Appropriate Amount of Penalty in Competition Cases 2016 (December 2016) at para 1.7.

[65] Organisation for Economic Co-operation and Development, “Pecuniary Penalties for Competition Law Infringements in Australia” (2018) at p 52.

[70] In the United States, violation of the Sherman Act is felony and corporations and individuals involved in

[74] Ibid. See also Alison Jones and Rebecca Williams, “The UK Response to the Global Effort Against Cartels: Is Criminalization Really the Solution?” (2014) Journal of Antitrust Enforcement 1 at 11–16.

This article is written by Melina Chew Ying Fei, LL.B. during her fourth year of undergraduate studies and graduated from Singapore Management University’s School of Law (Class of 2019). This article was originally published on 13 September 2019 at SMU Lexicon.  All opinions expressed in this article are the author’s own.

Melina is a writer for the Asia Law Network and graduated from Singapore Management University’s School of Law in 2019. She enjoys discussing about current affairs and their relation to the law.

Hong Kong: Can love be a defence to bribery and misconduct in public office? 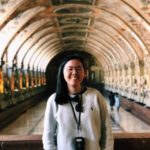 Melina is a writer for the Asia Law Network and graduated from Singapore Management University’s School of Law in 2019. She enjoys discussing about current affairs and their relation to the law.