A. Lost chance as a form of actionable damage

B. Quantifying lost chance in award of damages

Similarly, in the present case, the progress of [claimant] Mr Gregg’s disease had a determinate cause. It may have been inherent in his genetic make-up at the time … [or it may] have been affected by subsequent events and behaviour for which Dr Scott was not responsible. Medical science does not enable us to say. But the outcome was not random; it was governed by laws of causality and … inability to establish that [the] delay in diagnosis caused the reduction in expectation in life cannot be remedied by treating the outcome as having been somehow indeterminate.”[39] [Emphasis added]

A.  Consistent with fundamental interests protected by tort law

[4] Gregg v Scott [2005] 2 AC 176. Courts have preferred to view lost chance as being part of causation rather than a form of actionable damage in cases involving medical negligence.

[28] Id at [12] and [19]. Cancer staging is “the classification by oncologists as to how far a cancer has progressed, [which] in turn determines the chances of survival”. In this case, the expert witness, Prof McCarthy was of the view that Peter Traynor had a 68% chance of living for another 10 years.

[32] Ibid. Justice Choo Han Teck opined that “And I therefore leap where Lord Nicholls had leapt, and estimate that Peter Traynor might have lived twice that number (i.e 8 years) had he been properly diagnosed”.

[45] Ibid. A distinction is made between first and second order interests. First order interests relate to fundamental interests in life, bodily integrity etc. To that end, a loss of a chance in the context of medical negligence may be framed as a fundamental interest within this framework as opposed to an increased exposure to risk which would be a second order interest. See also C.P. Goldberg, “Two Conceptions of Tort Damages: Fair v. Full Compensation,” 55 DePaul L. Rev. 435 (2006) at p 437.

[46] How we perceive time might explain this. See Mark Rowlands, The Philosopher and the Wolf (Granta, 2008) at p 195 – 215. Rowlands argues that death harms us because it “deprives us of a future”. This is because humans conceive of time as a “river flowing from the past, through the present and into the future”. It suggests a view of “life’s meaning as something towards which we must aim; or as a direction in which we must travel”. This explains the sense of loss we feel at a wasted opportunity; the future that we once envisioned will never be realised. Zeno’s arrow paradox also contains the germ of this idea. See Nick Huggett, “Zeno’s Paradoxes”, Stanford Encyclopaedia of Philosophy (11 June 2018) <https://plato.stanford.edu/entries/paradox-zeno/#Arr> (Accessed 30 April 2019) and Ned Markosian, “Time”, Stanford Encyclopaedia of Philosophy (24 January 2014) <https://plato.stanford.edu/entries/time/> (Accessed 9 May 2019). See also, Joel Feinberg, Harm to Others (Oxford University Press, 1984) at p 79 – 83. The manner in which we perceive time could, in the author’s opinion, provide a normative basis for the recognition of loss chance as actionable damage in medical negligence cases, though this would merit fuller discussion in a separate piece.

[48] The facts present in Armstrong aptly illustrate this point.

[49] See Yeo Peng Hock Henry v Pai Lily [2001] 4 SLR 571. In this case, the Plaintiff patient saw her family doctor, complaining of blurring of vision in her eye. The doctor suspected that she had a detached retina but failed to refer her to a specialist to seek immediate medical attention. The Plaintiff eventually lost vision in her eye owing to the doctor’s negligence. Although the Plaintiff’s claim was eventually dismissed by the Court of Appeal on grounds that causation had not been proved, it is arguable that the doctor’s negligence in failing to inform the Plaintiff to seek immediate treatment from a specialist caused her to lose the chance for prompt treatment.

[52] This would mean that a patient whose chances of recovery have been adversely impacted but did not eventually suffer any physical loss might be unable to recover for the chance lost. Whether this should be the case merits a fuller discussion in a separate paper.

[58] The court considers the circumstances of the case in doing so to ensure that damages awarded are “just, equitable and proportionate”. See ACB v Thomson Medical Pte Ltd and others [2017] 1 SLR 918 at [150].

[65] Gregg v Scott [2005] 2 AC 176 at [4]. See also Liang Shi Wei Jeremy, Low Kee Yang, “Recognising Lost Chances in Tort Law”, (2014) Singapore Journal of Legal Studies at p 122. The authors note that “The arbitrary line drawn by traditional causation rules results in injustice to the defendant by overcompensating the claimant at a full 100% if the chance was only 50.1%, and injustice to the claimant by undercompensating him at 0% (in fact not compensating him/her at all) if the chance was only 49.9%”.

This article is written by Soh Kian Peng student of Singapore Management University’s School of Law (Class of 2021). This article was originally published on 11 May 2019 at SMU Lexicon.

HONG KONG: The SFC’s most severe disciplinary acti...
Smart contracts – can code ever be law?
IPOS invalidates registered trade mark for lack of...
A Step in the Right Direction: Recent Amendments ...
M&A Transactions: Noteworthy Points When The ...
Share This
0Shares
0 0 0
Previous Article 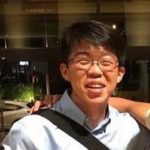