SMU Lexicon: What if you didn’t write it down? Verbal promises in business contracts.
0Shares
0 0 0
ASIALAWNETWORK.COM

C.             Scenario 2: Where the promise was part of your agreement but was not recorded in the written contract

This Contract sets forth the entire agreement and understanding between the Parties in connection with the matters dealt with and described herein.[16]

If your document has such a clause, any verbal promise cannot be part of the contract.

[8] Yap Son On, id at 247, [65]; Gerard McMeel, The Construction of Contracts: Interpretation, Implication,

“This article does not constitute legal advice or a legal opinion on any matter discussed and, accordingly, it should not be relied upon. It should not be regarded as a comprehensive statement of the law and practice in this area. If you require any advice or information, please speak to a practicing lawyer in your jurisdiction. No individual who is a member, partner, shareholder or consultant of, in or to any constituent part of Interstellar Group Pte. Ltd. accepts or assumes responsibility, or has any liability, to any person in respect of this article.”

Nicole graduated from Singapore Management University in 2020. She is particularly interested in commercial litigation and arbitration.

Planning to start a business or startup? Your Lega...
Enforceability of Non-Standard Form Contracts
A Guide to Initial Coin Offerings (ICOs)
Data Privacy: Obligations under the GDPR and ensur...
Vietnam: Disputes arising from NDA – who volunteer...
Share This
0Shares
0 0 0
Previous Article 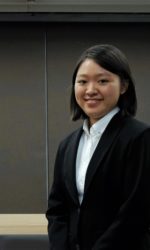 Nicole graduated from Singapore Management University in 2020. She is particularly interested in commercial litigation and arbitration.