M&A from the perspective of the Competition Law

Acquisitions and mergers (M&A) is the purchase of capital or assets in a target enterprise to the extent that the enterprise can be controlled. From a business perspective, there are many reasons for enterprises to conduct M&A such as expanding their investment portfolios, completing production chain, eliminating competitors in the market.

From the legal aspect, the legal framework governing M&A activities will include law on contracts (such as Civil Code, Commercial Law) and investment and corporate law (Investment Law, Enterprise Law and depending on the object of the M&A transaction, there may be Securities Law, Land Law, …) Where M&A transactions have or are likely to have restricting impact on competition, the Competition Law then will adjust transactions.

The negative side (i.e. competition restriction effect) of economic concentration is considered based on the following factors:

(a) Combined market shares of firms participating in the economic concentration on the relevant market;

(d) Competitive advantage brought about by economic concentration in the relevant market;

(e) The possibility that the enterprise after economic concentration increases increases the prices or the profit-to-revenue ratio significantly;

(f) The possibility of the post-economic concentration eliminating or preventing another enterprise from entering or expanding the market;

(g) Specific factors in the industry or field in which enterprises participate in economic concentration.

On the other hand, the positive impact of economic concentration will be based on the following factors:

(a) Positive effects on the development of the industry, field and science and technology according to the State’s strategy and planning;

(b) Positive effects on SME development;

(c) Strengthening the competitiveness of Vietnamese enterprises in the international market.

When relying on market share as the sole criterion, which only controls transactions horizontally, the Competition Law 2004 accidentally misses out on vertical transactions, in which the degree of competition restricting impact is not less than horizontal transactions; also, the impact of “significantly restraining competition” is combined by many factors such as market share, market concentration, strength of the enterprise after economic concentration …, so it will be more accurate.

Under this new approach, the National Competition Commission has a decisive voice in assessing the competition impact of a particular economic concentration transaction and deciding whether the transaction can be executed or not.

Examine your own position in the relevant market

As discussed above, the criteria for determining whether an M&A transaction is performed or banned are relatively complex and some are more qualitative than quantitative. However, there are some clearly quantified criteria such as the total assets of the related parties, the value of the transaction, the total revenue of purchases and sales, or the market share in the relevant market. And more than anyone, an enterprise knows best about itself and its competitors in the market.

Therefore, enterprises can fully grasp information about the total assets of the related parties, the value of the transaction, total revenue of purchases and sales or market share in the relevant market. Enterprises are the first to be able to predict whether their planned M&A transaction is prohibited or has to notify economic concentration or not.

From that perspective, enterprises need to gather available information to review their position in the market and the expected content of M&A transactions in order to prepare information, documents, plans as well as how to explain to the National Competition Commission in case where transactions are subject to notification of economic concentration.

M&A transactions are governed by not only the Competition Law but also many related laws such as Investment Law, Enterprise Law, Securities Law, Land Law. . . Therefore, stakeholders need to carefully prepare the appropriate transaction structure in order to be able to comply with all the relevant laws.

Enterprises also need to pay attention to the conditions and the time of transaction completion, because it is difficult for them to control the time of completing the approval procedures from state agencies, including procedures for notification of economic concentration.

Consult with the National Competition Commission

An enterprise may also consider the possibility of consulting with the National Competition Commission when it is unsure whether its intended M&A transaction falls under the case of notification of economic concentration.

As a specialized agency for control of economic concentration, the National Competition Commission can provide guidance for enterprises to comply with the Competition Law. Although this consultation is informal, it can help enterprises orient the process of preparing and implementing the M&A transaction.

In essence, M&A indicates risky transactions and the failure rate is more than success, but the benefits of a successful transaction can offset the costs of the failures. Therefore, M&A is still full of potentials. With the current legal framework in mind, M&A transactions need to be formally formulated and executed.

For enterprises new to M&A transactions, consultation with experts such as investment specialists, lawyers, auditors or market research specialists…is necessary. With the support of experts, related enterprises will build a suitable transaction structure, avoiding risks, minimizing costs as well as damages that may occur during M&A implementation.

Mr Tran Thanh Tung, Partner of GV Lawyers, has nearly 20 years of experience in a wide variety of legal areas including corporate and investment, M&A, re-structuring & insolvency, corporate governance and commercial arbitration and mediation. He was awarded by Asialaw Profiles as Leading Lawyer in 2017 and 2019 for Corporate/M&A and for Corporate Restructuring and Insolvency in 2016.

Sharing Economy: A Piece Of The 4th Industrial Revolution Or A New Form Of Workers-Squeezing?

Know Your Lawyer: Joshua Tan, Partner at Aquinas Law Alliance, Believes That Law Is A Business 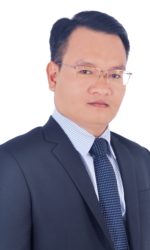 Mr Tran Thanh Tung, Partner of GV Lawyers, has nearly 20 years of experience in a wide variety of legal areas including corporate and investment, M&A, re-structuring & insolvency, corporate governance and commercial arbitration and mediation. He was awarded by Asialaw Profiles as Leading Lawyer in 2017 and 2019 for Corporate/M&A and for Corporate Restructuring and Insolvency in 2016.