SMU Lexicon: Airplane Accidents – Understanding your rights under Article 17(1) and 21(1) of the Montreal Convention
0Shares
0 0 0
ASIALAWNETWORK.COM

“People who board planes are not afraid of flying.

They are afraid of not flying.” – Winne Micah.

October 29, 2018. Flight 610, Lion Air smashes into the Java Sea off Indonesia, killing all 189 souls aboard.[1] This is swiftly followed by Flight 302, Ethiopian Airlines, which crashes in Bishoftu, Ethiopia.[2] Again, no survivors are left.[3] Preliminary investigations reveal that the auto-pilot systems in both cases forced the plane into a death dive, giving its crew little time to react.[4] Claims for compensation are still pending, with families apparently pressured into signing away their legal rights.[5] This article therefore seeks to inform the public of their rights in such cases. It sets out the legal regime that governs aircraft accidents, and the type of losses compensable, whether in the event of death or a serious injury to a loved one.

In Singapore, liability for aircraft accidents is governed exclusively[6] by Article 17(1) of the Montreal Convention (“MC”),[7] an international treaty signed by 136 countries.[8] Briefly, under Article 17(1) MC, an airline must compensate the passenger (or his estate) if his injury or death is caused by an “accident” while onboard the plane.

What is an “accident”?

An accident therefore requires an “unusual or unexpected event” that is “external” to the passenger.[9] Where a passenger’s injury results from his “internal”[10] reaction to the normal operation of the flight, there is generally no accident to speak of.[11] This occurred in Travel Group,[12] where the claimants argued that they had developed blood clotting as a result of prolonged seating. Quite sensibly, the court denied their claim.[13]

Where injuries are caused by a passenger (i.e. “self-inflicted” injuries)

Nevertheless, some self-inflicted injuries are still compensable. As stated above, what is required is an “unusual” event that is “external” to the passenger. Thus, John can still have a valid claim to compensation if (a) his injury is initially caused by his own mishap or internal condition, e.g. the onset of heart attack or illness, but (b) the airline’s “failure to act” aggravates his existing injury or leads to death.[14]

Most commonly, this occurs where an airline refuses an explicit request for assistance.[15] Thus, in Husain, a claim for wrongful death succeeded because the deceased (who had suffered an asthma attack) had thrice requested to change his seat away from a smoker, but was each time denied.[16] Similarly, in Malev,[17] the passenger (Mr Fulop) suffered a heart attack and requested for assistance.[18] In violation of internal protocols, the crew refused to divert to the nearest airport and instead proceeded with the flight.[19]

Mr Fulop eventually required a heart bypass.[20] The court allowed his claim to proceed to trial on the basis that “major” deviations from “recognised practices and procedures” could involve an “accident” under Article 17(1) MC.[21] It further held that the relevant practices could be internal to the airline, prescribed (i.e. regulations laid down by the government), or found as a matter of industry practice.[22]

What types of injuries are compensable?

To summarise, as long as there has been an “accident”, all types of physical injuries are compensable. In this regard, the threshold to establish a physical injury is extremely low; a pin-prick will literally suffice.[23] But what about mental injuries like depression or post-traumatic stress?

The position in Singapore is unclear, given the lack of local cases. Still, this issue has been discussed in other countries.[24] Several countries like Canada, the United Kingdom and the United States, require that claims for mental injuries must first be accompanied by a physical injury.[25] This is due to concerns over the difficulty in determining mental injuries.[26] To be clear, both the physical and mental injuries are claimable once this requirement is fulfilled.[27] The mental injury also need not be caused by the physical injury – all that is needed is the presence of a physical injury.[28] Thus, in Morris,[29] while a female passenger successfully argued that a sexual assault on her was an “external” event within the meaning of Article 17(1) MC, the lack of any physical injury meant that she could not claim losses for her depression.[30]

Of course, a passenger with no physical injuries could argue (by analogy) that because claims for “purely” mental injuries in cases involving negligence have been recognised in Singapore,[31] similar claims should be also allowed under Article 17(1) MC. That is problematic for two reasons, however. First, the MC provides the sole and exclusive cause of action against an airline.[32] Accordingly, only cases that deal with the MC or its predecessor, the Warsaw Convention, are relevant. Cases that deal with negligence are therefore presumably irrelevant. Second, the need for “uniform”[33] application of international treaties will likely also require Singapore to follow suit.

How much should you sue for?

Assuming an “accident” has now been established, the question of compensation arises. Here, the passenger has two options. First, he may choose to sue the airline for a sum not exceeding SGD$210,000 (approximately).[34] If so, under Article 21(1) MC, the lack of fault or negligence on the airline’s part is irrelevant.[35] What this essentially means is that liability is assured: the airline will always be required to compensate the passenger for his injury. The passenger will only need to prove the extent of his losses (e.g. a loss of future earnings).

Alternatively, if the passenger sues for a sum exceeding SGD$210,000, the airline is allowed to argue that the accident was not due to their fault or negligence.[36] If the airline succeeds, the entire claim may be defeated.[37] This is particularly important, especially in cases where the airline does not seem to be at fault (e.g. the sudden disappearance of Flight 370, Malaysian Airlines,[38] or the unforeseen shooting of Flight 752, Ukraine International Airlines).[39] There are, of course, other examples,[40] but the bottom line is that some situations are simply unforeseeable. In such a case, as a matter of strategy, it might be safer to sue for the lesser sum, instead of suing for more but potentially ending up with nothing. Taking this safer option would also save on the time and costs that are typically associated with litigation.

Losses claimable in the event of death

The preceding analysis generally holds true even in the event of the passenger’s death. The deceased’s right to sue would be first entrusted to his estate.[41] The estate may then sue the airline on behalf of the deceased’s next-of-kin (i.e. the “dependants”).[42] Here, compensation would include claims for pain and suffering before death,[43] as well as the funeral expenses that are reasonably and actually incurred.[44] For ease of proof, receipts for the expenses should be kept.[45]

Crucially however, while an injured passenger can claim for a loss of future earnings,[46] a deceased’s estate cannot.[47] Instead, the estate can only claim for dependency losses.[48] Such losses aim to compensate the deceased’s dependants only to the extent that they require.[49] Thus, a child would, for instance, be entitled to his school fees and monthly allowances. An elderly parent may be entitled to medical expenses, insurance, and even the cost of employing a maid.[50] In keeping with the principle above, dependants must first show that they are in fact financially dependent on the deceased before such losses can be awarded.[51] Consequently, it is unlikely that such losses will be awarded where the deceased’s next-of-kin are all working adults.[52]

Finally, while SGD$15,000 is claimable as damages for grief and sorrow,[53] the sum goes not to the estate,[54] but is instead divided equally amongst the dependants.[55]

Death comes for us all, but we need not be afraid or ill-informed. While accidents are always unfortunate, passengers and family members alike should remain well-informed of their rights. A summary of the legal regime can be found in the diagram below. If in doubt, consult a lawyer first before signing any agreement. Thus, the analysis here relies on cases from other countries.

[34]         See Article 21(1) MC; Convention for the Unification of Certain Rules for International Carriage by Air

Wen Min is a Year 4 undergraduate at the School of Law, Singapore Management University. His hobbies include playing badminton and squash. At other times he is one of the two Editors-in-Chief for SMU Lexicon, the School’s Journal.

Most Common and Confusing Legal Words (Legalese) E...
What Constitutes an Online Gaming Offence in Singa...
Can employers rely on “team based” commission and ...
The Welfare of the Child is Paramount: How An Adop...
Curveball Series: Mental Incapacity & the LPA
Share This
0Shares
0 0 0
Previous Article

Lunch With A Lawyer: Janna Wong, Associate At Heng, Leong and Srinivasan LLC

SMU Lexicon: Protection from the Peeping Tom – Interpreting the New Offence of Voyeurism 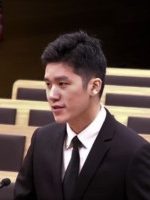 Wen Min is a Year 4 undergraduate at the School of Law, Singapore Management University. His hobbies include playing badminton and squash. At other times he is one of the two Editors-in-Chief for SMU Lexicon, the School’s Journal.