Electronic communications are omnipresent. Apart from texting our friends via apps like Telegram or WhatsApp, and discussing work through emails, we also transact using electronic means – for example, by buying items off Taobao, Shopee, or Lazada, just one of the many e-commerce platforms available.

This article discusses whether agreements formed over messaging apps and emails (“electronic communications”) can constitute valid and enforceable contracts. More specifically, it examines how the unique features of electronic communications may complicate a finding that there is a valid and enforceable contract formed between the relevant parties. This article will also suggest how to respond to messages to avoid a breach of contract.

At first blush, one may be tempted to assume that contracts can never be formed over electronic communications, since no “physical” contract is ever signed. However, the Electronic Transactions Act (“ETA”) states that contracts formed using electronic communications are not automatically invalid and unenforceable.[1] Instead, for us to determine if such an agreement constitutes a valid and enforceable contract, we must look at whether the key elements of a contract (e., offer, acceptance, consideration,[2] and intention to create legal relations) are present.[3] This is not necessarily as straight-forward as it seems with messaging apps and emails.

A. Agreements formed over messaging apps

Consider the following scenario. A reaches out to B via WhatsApp, and then offers to purchase a computer from B at $700. Assume that after reading A’s message, B can respond either by: (a) blue ticking it; (b) sending an emoji; (c) replying “Ok, I will sell you the computer for $700.”; or (d) replying “Ok, but I want $900 for the computer.”

In which of these scenarios will B be seen as accepting A’s offer? Does B have the intention to enter into a legally binding contract with A (such that if B fails to deliver the computer, he will be in breach of contract)? We will discuss each scenario in turn.

1. Whether there is acceptance of offer

In scenario (a), the blue tick would indicate that A’s WhatsApp message was read by B, since the blue tick is automatically sent by WhatsApp when a user reads the message. However, such blue ticks are unlikely to constitute acceptance of an offer. A valid acceptance has to be an “expression of assent” to the offer’s terms.[4] For example, if you have offered to buy an item, you cannot assume that the seller has agreed to sell it just because he is too busy to reply.[5] There is simply no “expression of assent”. Similarly, just because a blue tick is sent automatically, it cannot be considered an “expression of assent” by the reader. However, there may be certain exceptions.[6] For example, A’s WhatsApp message may explicitly state that: “If I do not hear from you, I will assume that you agree to sell the computer to me at $700.” In this case, if B only blue ticks the message, A can argue that he reasonably expected that B had accepted his offer.[7]

In scenario (b), by sending an emoji such as a thumbs-up (👍),[8] one may think that B has approved and accepted A’s offer. However, if B was from Australia, Greece, or the Middle East, the thumbs-up emoji may mean “Up yours!” or “Sit on this!” – nowhere near an approval.[9] The takeaway is that emojis can have multiple meanings depending on the context.[10] The challenges of interpreting emojis are compounded by the fact that emojis have “no … clear dictionary definition, or established grammatical rules”.[11]

The Singapore courts have not yet ruled on whether emojis can indicate an intention to accept offers and enter into contracts. However, despite the potential difficulties in interpreting the effects of an emoji, courts elsewhere have not been shy to do so. For instance, on emoji interpretation, an Australian court looked at the context of the messages in determining the intent behind an emoji.[12] Similarly, an Israel court decided that a string of positive emojis sent in text messages between a landlord and a couple showed an intent to accept an offer and enter into a contract.[13] These cases highlight the possibility of courts interpreting emojis to determine the parties’ intentions and the manner of interpreting them. The Singapore courts may follow suit, especially with greater emoji usage nowadays.

2. Whether there is intention to create a contract

If valid acceptance exists, there will be an intention to create a legally binding contract, even if B may have intended otherwise in his mind.[14] Thus, a valid and enforceable contract can be made between A and B, and B’s failure to deliver the computer will be a breach of contract. If A decides to sue B for breach, B may have to show that he did not intend to accept the offer and make a contract.

3. Recommendations to avoid a breach of contract

To avoid the sticky situation of being sued for breach of a contract that you had no intent of agreeing to, you should be careful in crafting your response (or lack thereof).

First, if the offer message contains something to the effect of “failure to reply equals acceptance of offer”, it is advisable to send a rejection reply if you do not intend to accept the offer.

Second, you should generally avoid using only emojis in your reply, as the chance of misinterpretation is high and there is no certainty as to how the Singapore courts will interpret emojis in contract law yet. In a worst-case scenario, you may find yourself having no other facts to prove your real intention. Using the same illustration, assume that B messaged: “Increase price 👍”. While A may argue that the emoji “👍” is akin to acceptance of A’s offer, B can argue more easily that when read in context, the emoji “👍” indicated a request to increase the price and not acceptance of A’s offer.

Finally, it is recommended that you do not use specific contractual terms unless their meanings are intended. For example, “accept” and “agree” can both constitute binding acceptance of an offer in court. Furthermore, if you require certain conditions to be met before entering into any contract, state them clearly. Otherwise, you may risk creating the impression that you have agreed to the other party’s offer and intend to conclude a binding contract.

B. Agreements formed over emails

The analysis and recommendations above also generally apply to agreements formed over emails. However, parties may at times communicate via messaging apps, without intending for the correspondence to amount to a legally binding contract. They may then choose to carry on negotiating using emails and conclude the contract there. While a signature is not always required to conclude a contract, both parties may insist on one.

Ultimately, agreements that are formed over messaging apps and emails can constitute valid and enforceable contracts, provided that the elements of a binding contract are satisfied (e., there is valid acceptance of an offer, intention to create a contract, and consideration). As seen, the unique features of electronic communications (e.g., blue ticks and emojis) can complicate a finding of a binding acceptance and correspondingly the intention to enter into a valid and enforceable contract. Thus, it is pertinent to communicate your intention as clearly as possible.

[2]      In contract law, consideration refers to money or something of value advanced for the contract.

[8] Emojipedia website <https://emojipedia.org/search/?q=thumbs+up> (accessed 8 October 2020). This website was established and administered by a widely regarded emoji authority, Jeremy Burge. There is no official emoji dictionary.

[9] Elizabeth A. Kirley and Marilyn M. McMahon, “The Emoji Factor: Humanising the Emerging Law of Digital Speech” (2018) 85 Tennessee Law Review 2 at 29, citing Gayle Cotton, “Gestures to Avoid in Cross-Cultural Business: In Other Words, ‘Keep Your Fingers to Yourself?’”, Huffington Post (13 August 2013) < https://www.huffpost.com/entry/cross-cultural-gestures_b_3437653>.

Law firms and the environment they exist in today ...
Singapore Trade Marks – Monster Energy Comp...
A Guide to Affidavits
An Intellectual Property Law perspective on Open S...
What is Corporate Insolvency and how does it affec...
Share This
0Shares
0 0 0
Previous Article

A Summary of “The Rule Of Law” by Tom Bingham: Part 2 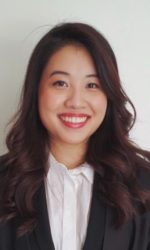