Singapore has earned a budding reputation as a hub for debt restructuring and insolvency in Asia, with its transparent legal system and judicial expertise. This growth can also be attributed to enduring efforts to innovate and reform.

Three significant features of such cross-border corporate insolvency and restructuring proceedings in the SICC stand out:

A timeline and welcome step

Multi-national corporations or enterprises with a growing or existing Asia Pacific presence will now find Singapore more attractive as a nodal jurisdiction to carry out cross-border restructuring or insolvency processes. The amendments recognise the modern reality that restructuring of multi-national corporations inevitably require dealings with businesses, assets, contracts and legal obligations across a cross-section of jurisdictions. The abilities to be represented by foreign lawyers and to potentially appoint non-Singaporean insolvency practitioners allow the SICC to be a “one-stop shop” for multi-national corporations conducting a restructuring exercise, affording the necessary flexibility to plan and execute such exercises in a nimble and effective manner, which is important in the modern fast-paced economic climate.

This development further enhances Singapore’s reputation at the forefront of efforts to foster cross-border cooperation in the area of restructuring and insolvency. England & Wales and Singapore have followed a similar path of seeking to encourage cross-border cooperation in the sphere – illustratively, Singapore and England & Wales have been among the relatively limited number of jurisdictions (notably also including the USA) to have adopted the UNCITRAL Model Law on Cross-Border Insolvency. While Hong Kong has not adopted the UNCITRAL Model Law on Cross-Border Insolvency Law, it continues to recognise and to provide assistance to foreign insolvency processes under the common law. Practitioners in England & Wales and Hong Kong will welcome continued developments in this direction in Singapore and particularly the moves to facilitate access to the Singaporean courts by foreign counsel and the appointment of foreign insolvency practitioners.

Koay May Yee, Managing Director from FTI Consulting, adds: “The Rules of Court amended with effect from 1 October 2022 will make Singapore an attractive forum for insolvency lawyers advising companies in emerging markets in Southeast Asia to anchor their restructuring exercises here. This option is particularly attractive for matters originating from jurisdictions where existing legal frameworks are antiquated and inadequate to deal with matters around insolvency.

Going forward, if the appointment of foreign insolvency practitioners is permitted, we will see increased competition in the insolvency space with more highly qualified international practitioners leading complex cross border engagements brought before the SICC. Weak practices will find it increasingly difficult to compete and leave this space, ultimately strengthening and improving the overall standard of the restructuring and insolvency fraternity in Singapore.”

Gillian Tan, Of Counsel of That.Legal, believes th...
ICYMI: This Divorced Couple Went To Court Over Who...
10 things to know before entering into a Pre-Nupti...
A New Year, A New Set of Arbitral Rules: A Summary...
Finding Clarity Through Different Lenses
Share This
0Shares
0 0 0
Previous Article 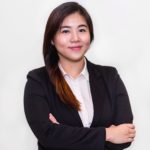