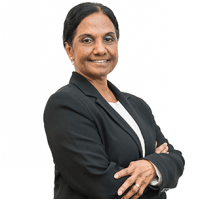 Lucy Netto graduated from the University of London and was admitted to the Honourable Society of Lincoln’s Inn in 1982 and admitted as an Advocate & Solicitor of the Supreme Court of Singapore in the same year. She was appointed a Commissioner for Oaths in 1996 and as a Notary Public in 2000. She was actively involved in legal practice from 1982 to 1994 when she left to lecture law. Since her return, she has been continuously in active practice. All along, while in practice, she has handled property matters, conveyancing, family matters, Probate and personal injury cases. She also does a great deal of solicitors work such as preparing contracts, wills, Powers of Attorneys, etc. She represents clients in the Court of Appeal, High Court, State Courts, Family Justice Courts on matters involving serious issues of law. She has also represented clients in the Syariah Court and Appeal Board. She continues to be actively involved in solicitors and general litigation work.

Reading Time: 7 minutesThe Story In 60 Seconds A tenancy agreement is a legal document that temporarily transfers the lease for a piece of land or property from the landlord to the tenant for a designated period of time. In exchange, the tenant gives the landlord a certain amount of money. There are four main types of tenancies […]