The Issue in Question

i. The allegedly suspicious circumstances surrounding MAL’s appointment as the Defendant’s registered vendor of bunkers;

ii. The early bunker confirmations sent by MAL to the Defendant which had described MAL as a “broker” and five occasions when bunker suppliers sent invoices directly to the Defendant; and

iii. The Defendant’s response (or lack of response) when MAL was unable to service the payments to its suppliers and it became evident that large sums of money were being claimed by bunker suppliers directly against the Defendant.

“As we have noted above, the predicate to Mr Lee’s [counsel for the Plaintiff] case is the inference of knowledge being drawn in the terms set out at [18] above; but it is well established that an inference may only be drawn if it is the sole inference that flows from the facts proved. The more serious the nature of the inference, the more careful the court must be to ensure that this is so. In our judgment, the various sets of facts that were advanced, whether taken individually or collectively, do not provide a sufficient basis to draw the inference that was urged upon us.”

i. The ship owners were the fiduciary agents of the bunker suppliers;

ii. The ship owners were the bailees of the bunkers for the bunker suppliers;

iii. The ship owners had committed the tort of conversion for which tort they were liable to the bunker suppliers;

iv. There was a separate collateral contract whereby the ship owners agreed to pay the bunker suppliers directly in the event of the intermediary’s insolvency;

v. The ship owners were unjustly enriched at the expense of the bunker suppliers; and

vi. The bunker suppliers had a maritime lien over the ships of the ship owners.

It is clear from the approach in Precious Shipping that it was accepted that the OW entities were contracting with the bunker suppliers on the one hand and the ship owners on the other, all on their own account. Therefore, the bunker suppliers required creative means outside of the contractual nexuses to try to impose liability directly on the ship owners. However, the court in Precious Shipping found on the facts that none of these alternative claims disclosed even a prima facie case for relief. Consequently, perhaps the Plaintiff in the Bunga Melati 5 was right to focus on agency principles in order to attempt to impose contractual liability on the Defendant even though the evidence was weak. The Plaintiff nearly failed in limine as the court initially found that the claim was plainly and obviously unsustainable and therefore not worth the time and effort of a trial. The Court of Appeal saved them from the ignominy of having their claim summarily struck out but ultimately found on the evidence that the claim was unsustainable.

This article is written by Probin Dass from Shook Lin & Bok LLP.

Can I get my job back after being unreasonably and...
Legal Update: STAY OF ARBITRAL PROCEEDINGS UNDER S...
Singapore Patents – High Court Upholds Valid...
The Polo/Lauren Company, L.P. v Royal County of Be...
SMU Lexicon: Breaking the Cycle of At-Risk Behavio...
Share This
0Shares
0 0 0
Previous Article

How an RTO Achieves a Win-Win for All 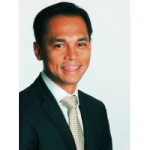