Curveball Series: Recovering assets in a corporate insolvency as a creditor
0Shares
0 0 0
ASIALAWNETWORK.COM

If you are in the unenviable position of having to recover assets from a company that is insolvent as a creditor, here are a few useful steps to know about as you go about it.

Information on the status of the liquidation

Creditors with any useful information relating to the assets or affairs of the company in liquidation should write in to the Official Receiver for his attention and necessary action.

Filing a claim or a Proof of Debt

Creditors may file their Proofs of Debt (Form 77) with the liquidator once the company is in liquidation.

Where the Official Receiver has been appointed as the liquidator of the wound up company, she will inform creditors when there are sufficient funds to declare a dividend. A “Notice to file Proof of Debt” will be sent to all creditors who have not filed their claims against the company but were disclosed in the Statement of Affairs.

Creditors who fail to lodge their claims within 14 days from the date of the Notice will be excluded from the dividend payment.

Appeal against rejection of claims

In the event that a creditor’s claim has been rejected partially or fully, a Rejection Notice will be sent to the creditor.

Any appeal against such a rejection must be raised with the Official Receiver within 21 days from the date of the Notice, failing which the rejection will be made final.

The appellant is required to furnish additional evidence to the Official Receiver for further consideration as to why the claim should not be rejected.

How are the assets distributed?

Moneys recovered by the Official Receiver will be first utilized towards payment of costs and expenses incurred in the liquidation. Any remaining funds will be used to pay the creditors in accordance with their ranking as set out in section 328 of the Companies Act.

Preferential creditors get priority — Those who are entitled to receive payments in priority, such as employees, CPF Board, Comptroller of Income Tax (see section 328 of the Companies Act).

Ordinary creditors are next in line — Any other unsecured creditors, such as trade creditors and sundry creditors who have filed their claims against the company.

Any objection to the Official Receiver’s application for Release or Striking Off must be raised within 21 days from the date of the Notice.

For online submission, a filing fee of $5.00 is payable. Please click here to submit the Form 77 electronically.

For manual submission, a filing fee of S$8.00 is payable via SAM machine or cash at our office. To download the Form 77, please click here.

In the event that private liquidators have been appointed as the liquidators of the wound up company, please contact them directly for the filing of the Form 77.

Sections 98 to 103 of the Bankruptcy Act (Chapter 20) will apply in ascertaining whether there are unfair preferences or transactions made at an undervalue.

Transactions at an undervalue

If prior to the winding up, the company’s business had been carried on with the intent of defrauding the company’s creditors or for any fraudulent purpose, the liquidator, creditor or contributory of the company may apply to Court to make the person responsible for or who was party to such activities personally liable for the debts of the company (section 340 of the Companies Act).

It also attracts penal consequences and persons thus involved are liable upon conviction to a fine not exceeding S$15,000 or to a term of imprisonment of up to seven years or both.

Definition in section 227H(9) of the Companies Act:

In essence, the objective of retention of title clauses is to confer upon the seller of goods some degree of security against the insolvency of the company by reserving the property rights in the goods until the seller is fully paid.

Retention of Title must be drafted with precision in the contract for the sale of goods. The original goods and the products made must be identifiable and kept separate. The seller’s right to follow the goods into the manufacturing process and the sale proceeds must be expressly provided for, and a fiduciary (or trust) relationship of principal and agent or bailor and bailee is necessary.

A retention of title clause, insofar as it might extend to finished products made out of goods supplied or proceeds, has generally been held to be a registrable charge which is void for non-registration.

Right of Set Off

Section 88 of the Bankruptcy Act (Chapter 20) on Mutual Credit and Set Off applies to winding up. Where there are mutual credits, debts or dealings between the company and a creditor, these dealings may be set off against each other and the creditor or the company can only claim the balance sum due against the other.There can be no claim for set off if at the time of extending credit, the creditor had known that a winding up application was pending against the company. The rule as to set off operates automatically and is mandatory, in that parties cannot contract out of it.

What is the role of the Official Receiver?

The Official Receiver may also represent the company, if it is proven to her satisfaction under section 345(1) of the Companies Act that:

(i) the company, if still existing, would be legally or equitably bound to carry out, complete or give effect to some  dealing, transaction or matter; and

(ii) in order to carry out, complete or give effect to the said dealing, transaction or matter, some purely administrative act  should have been done or should be done by or on behalf of the company, if still existing.

What should I do if I wish to lay claims on the assets belonging to a defunct company?

You may lay your claim as a shareholder or a creditor of the defunct company:

(i) as a shareholder, you need to show that there is no creditor in the company when it was dissolved or struck off; or

(ii) as a creditor, you need to prove your debt.

Your application shall include:

(i) a cover letter stating your request to lay claim on the monies or assets;

(ii) your relationship with the company; and

(iii) documentary proof that you are a rightful claimant.

What are the charges of the Official Receiver?

The fees chargeable by the Official Receiver are stipulated in the Schedule under the Fees (Winding up and Dissolution of Companies and Other Bodies) Order 2005:

In all winding ups, any unclaimed dividends or other monies which remain unclaimed for more than six months from the date when they became payable and any unclaimed or undistributed monies after the final distribution shall be placed in the Companies Liquidation Account. Claimants may apply to the Official Receiver for the monies to be paid to them.

Steps to recover unclaimed monies from the Official Receiver’s Office

If you think you have monies held by the Officer Receiver:

Step 1 — Click on the specific listing of unclaimed monies that you want to view. E.g. If you are viewing the listing of outstanding monies of wound up companies, you may search for your name in the listing.

Step 2 — If you locate a record of unclaimed monies due to you, take down the “Payee Name”, “Year Paid” and “Remarks” or “Reference No.” stated in the listing.

Step 3 — Contact the Official Receiver’s office via phone or email if you have documentary proof that you are the rightful owner of the monies at:

Step 4 — Produce the necessary documents according to each of the categories set out below. Please provide information on the “Payee Name”, “Year Paid” and “Remarks” or “Reference No.” when making the claim:

Was any of that confusing?

If you’d like to speak to an experienced lawyer with expertise in corporate insolvency, you can do so today for a flat, transparent fee of S$49 on the phone HERE.

This article is written by Johanna Tay from KF Property Network Pte Ltd.

The Polo/Lauren Company, L.P. v Royal County of Be...
Hong Kong: A glimpse of hearing at Hong Kong’...
Enforcement of Verbal Contracts and Evidential Iss...
What is the difference between paid up and authori...
The Efficient Breach of Smart Contracts
Share This
0Shares
0 0 0
Previous Article

What Makes a Valid Contract? 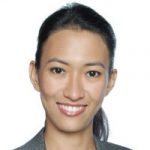