High Court refuses to give weight to witness compellability as a factor in the test for forum non conveniens where the witness in question is the Defendant’s brother
0Shares
0 0 0
ASIALAWNETWORK.COM

This article comes courtesy of Shook Lin & Bok LLP. One of the leading and full-service commercial law firms in Singapore with a strong Asian presence and global reach. They have close to a century of rich legal heritage with a number of partners who are eminent lawyers in their respective areas of expertise. They have been recognised by reputable legal directories for their expertise in their major areas of practice including banking and finance, capital markets, corporate mergers and acquisitions, corporate real estate, employment, international arbitration, litigation and dispute resolution, regulatory, restructuring and insolvency, technology, media and telecommunications, and trust, asset and wealth management. To seek legal advice from this firm and a over a hundred other law firms, head over to Asia Law Network — Asia’s one stop portal for all your legal needs.

In Mann Holdings and another v Ung Yoke Hong [2016] SGHC 112, the High Court addressed the circumstances considered when assessing the weight to be given to the legal non-compellability of a witness in deciding whether to stay proceedings on the ground of forum non conveniens. In this case, the witness in question was the Defendant’s own brother, and the Court decided that his non-compellability should not be accorded any weight.

Shook Lin & Bok Partner Joseph Tay and Associate Tan Aik Thong acted for the Plaintiffs in successfully resisting the application for a stay of proceedings.

This note discusses the judgment of the High Court.

The case involves a claim by the Plaintiffs, Mann Holdings and Chew Ghim Bok, for the recovery of monies that had been paid to the Defendant, Mr Ung Yoke Hong. The Plaintiffs’ case is that the monies which had been disbursed to the Defendant were in the nature of a loan, and disbursed pursuant to a loan agreement between the Plaintiffs and Defendant (the “Loan Agreement”). The Loan Agreement had a governing law clause and a non-exclusive jurisdiction clause in favour of Singapore.

The disbursement of monies from the Plaintiffs to the Defendant had arisen in the broader context of negotiations between Enviro Investments Pte Ltd (“Enviro”), a Singapore company, and the shareholders of Metahub Industries Sdn Bhd (“Metahub”), a Malaysian company, for the sale and purchase of all the shares in Metahub by Enviro. The Defendant is the majority shareholder in Metahub while the Plaintiffs were investors in Enviro.

Prior to filing his Defence in the Suit, the Defendant made an application for the proceedings to be stayed in favour of Malaysia on the grounds on forum non conveniens. The Defendant’s application was initially refused by the Assistant Registrar. The Defendant appealed but the appeal was dismissed by the Senior Judge Lai Siu Chiu, sitting in the High Court.

The law on forum non conveniens and witness compellability

The law on forum non conveniens is well established and the Singapore Courts have consistently applied the principles enshrined in the case of Spiliada Martime Corporation v Cansulex Ltd [1987] 1 AC 460C. The Spiliada case laid down the following principles as to when a court should stay proceedings on the grounds of forum non conveniens:

(a) Initially, the burden is on the party seeking the stay to show that there is some other available forum which is clearly and distinctly more appropriate for the dispute to be heard (“Stage One”); and

(b) If that party is able to discharge its burden at Stage One, the burden then shifts to the opposing party to show that there exists exceptional circumstances why a stay of proceedings in Singapore should nonetheless be refused (“Stage Two”).

It is also well established that one of the factors that a court will take into consideration at Stage One is the location of non-party witnesses. In particular, the courts will consider whether it would be more convenient to have the dispute heard in the forum where these witnesses are ordinarily resident; and also whether these witnesses are legally compellable to attend trial to give evidence.

However, the courts have repeatedly acknowledged that similar considerations do not apply in relation to party witnesses (i.e. witnesses who are related in some way to the parties in the action). For instance, the courts have held that the issue of the legal non-compellability of foreign witnesses does not arise where the witnesses are in the employ of a party to the action (see CIMB v Dresdner Kleinwort Ltd [2008] SGCA 36 at [69]).

In the present case, one of the pertinent issues before the High Court raised by the Defendant was the non-compellability of the Defendant’s brother, William Ung (“William”) before the Singapore courts. William is a Malaysian citizen and ordinarily resident in Malaysia. He was present at the takeover negotiations and a key material witness. The Defendant argued that the inability of the Singapore courts to compel William to attend trial in Singapore was a significant factor weighing in favour of Malaysia as a more appropriate forum than Singapore.

Senior Judge Lai Siu Chiu rejected the Defendant’s argument and declined to grant a stay. The learned Judge decided that William should not be treated as an independent non-party witness, on the following grounds:

(b) William’s legal non-compellability before the Singapore courts could not be viewed independently of his relationship to the Defendant, his brother; and

(c) There was nothing on record to indicate that William would be unwilling to testify in a Singapore court on the Defendant’s behalf.

The decision of the High Court in refusing to treat William as an independent non-party witness is strongly indicative of the willingness of our courts to adopt a pragmatic approach when approaching the issue of witness compellability. In this connection, the courts will not treat the formal legal non-compellability of a particular witness as a factor weighing in favour of a stay per se, but will instead take into consideration the practical reality of the witness’ relationship with the parties in making an assessment of whether that particular witness is likely to attend trial in Singapore.

This approach is consistent with the decisions of the High Court in Exxon Mobil Asia Pacific Ltd v Bombay Dyeing & Manufacturing Co Ltd [2007] SGHC 137 and in Accent Delight International Ltd and another v Bouvier, Yves Charles Edgar and others [2016] 2 SLR 841. In each case, the court had refused to grant a stay merely on account of the fact that the key witnesses could not be compelled to testify in the Singapore proceedings.

The merits of such a pragmatic approach is clear. Most significantly, such an approach addresses the risk that Singapore will be disqualified as the most appropriate forum for a dispute simply on the basis that a witness cannot be compelled to testify in Singapore when in reality, the witness is readily willing and able to testify.This will help prevent prospective defendants from readily being able to frustrate legal proceedings commenced in Singapore by simply alluding to the fact a witness is overseas. This is all the more important where the defendant himself had consciously acted to involve the foreign witness in the matter now under dispute – such as the present case, where the defendant’s brother was involved in the contractual negotiations. It would simply not be fair or equitable for such a defendant to be able to argue that Singapore is not a convenient forum simply because his family member or personal friend is technically non-compellable in Singapore, when by all other accounts, he had accepted that Singapore would be an appropriate forum by means of a non-exclusive jurisdiction clause in favour of Singapore.

A further appeal against the decision of the High Court has been made to the Court of Appeal, and this is pending.

This decision serves as a reminder that, in the context of the test for forum non coveniens, the courts will not consider the legal non-compellability of foreign witnesses in isolation. Instead, the court will take into account practical considerations and make an assessment of the likelihood that the particular foreign witness will attend trial in Singapore.

This information is provided for general information purposes only and does not constitute legal or other professional advice. It is not comprehensive. Specific advice should always be sought in relation to any legal issue. Shook Lin & Bok LLP does not accept any responsibility for any loss which may arise from reliance on the above information.

This article is written by Joseph Tay from Shook Lin & Bok LLP.

The Whatsapp Exodus-which app should you switch to? [INFOGRAPHIC] 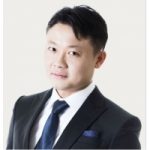