Said something you shouldn’t have? A Guide to Defamation in Singapore
0Shares
0 0 0
ASIALAWNETWORK.COM

“Whether true or false, what is said about men often has as much influence on their lives, and particularly on their destinies, as what they do.”

Reputation has always been important. When thinking about the damage done to reputation especially by defamation, high profile cases involving Singapore’s political leaders like Prime Minister Lee Hsien Loong and bloggers like Roy Ngerng are usually what come to mind.

However, with the ease of access to various forms of media, especially the Internet, almost everyone can potentially commit or be the target of defamation, whether intentionally or not. So how do you know if you have been defamed, or perhaps liable for defamation?

Options available if you think you have been defamed

Defamation includes words or statements that are spoken (slander) or exist in written or permanent form (libel).

As a general guideline, you may be defamed if :

The statements referring to the architect were clearly made to others, and their content had the effect of harming his reputation.

There is no need for any proof that the statement-maker intended that the victim would suffer the effects mentioned. Thus, a person who carelessly or innocently repeated such words or statements may also be exposed to liability for defamation.

Options available when being accused of defamation

There are generally two options available. One option is to establish a defence, if the matter does go to trial. If this is successful, the lawsuit will fail. Alternatively, there is the option of offering to make amends, which may avoid having to go to trial. If such an offer is accepted by the victim, there will then be no liability for a lawsuit for defamation.

Two main defences exist against a charge of slander – justification and fair comment.

One defence is for the statement-maker to prove that he was justified in saying them. He is justified if he proves that the statements were truthful, based on true facts and can be substantiated.

For example, if it is true that you actually conned or attempted to con someone, the person who stated so will be able to establish a defence of justification against your claim of defamation.

The other defence is for that person to prove that his words or statements were fair comment. This means that they must have been:

This defence will not succeed if the statement or opinion was made with a malicious intent, meaning that the statement maker did not honestly believe the opinion that he had put forth, or was indifferent to the truth of that opinion.

The second option available if one is unable to establish any defences is to offer to make amends.

Under Section 7(3) of the Defamation Act, this happens in the form of an offer to publish a retraction or correction of the statements in question, and a sufficient apology to the victim. For example, the statement-maker can publish a post on his blog or publish a correction in the newspapers, to apologize for his comments and correct his previous statements.

The option of offering to make amends is especially relevant to persons who have unintentionally defamed someone. If the victim accepts the offer to make amends, the victim then cannot continue any legal proceedings for defamation against the statement maker. If the victim does not accept the offer, the parties must negotiate until there is another offer that can be accepted. The statement-maker must publicly apologize for this mistake.

Section 7(5) of the Defamation Act sets out the criteria to be fulfilled for unintentional defamation. Broadly speaking:

The courts have stated that there is a spectrum of damages available to successful victims. This depends on a few things such as:

For example, the courts have consistently awarded higher damages to public leaders, because of the greater damage done not only to them personally, but also to the reputation of the institution of which they are members.

They are not meant to refer to people merely famous to the public, like celebrities, public entertainers or sports. Thus, in the cases featuring political leaders like Lee Hsien Loong, these high damages reflect both the impact to his personal reputation, as well as the reputation of the State as represented by its leaders. On the other hand, in cases involving prominent businessmen, the courts have distinguished them from public leaders in the sense used in defamation law.

Further steps for victims or perpetrators of defamation

There has been greater awareness of defamation, especially through prominent cases of online libel. For example, many cases involving political leaders have been related to articles or even printed publications, especially the recent case between Prime Minister Lee Hsien Loong and Roy Ngerng. However, it is important to remember that it is possible for a person to commit defamation by slander (verbally) as well. In 1978, during an election rally, Jeyaretnam Joshua Benjamin suggested that the then Prime Minister, Mr Lee Kuan Yew had abused the powers of his office. Mr Lee was awarded damages of $130,000 for a slander against him.

If you believe that you have enough proof of being defamed, you should make a police report. It might be useful to seek professional legal advice to determine your best options. For example, you can choose to file a lawsuit for defamation. Alternatively, there are other options for alternative dispute resolutions options, that do not involve the courts, such as mediation or a private settlement.

If you believe you might be accused of defamation, you should seek professional legal advice and try to either establish a defence or make amends as soon as possible. If you have any questions and need immediate clarification, you can schedule a Quick Consult and speak to a lawyer with experience in defamation for 15 minutes for $49.

This article is written by Dion Ng from Asia Law Network.

Dion contributes in writing for Asia Law Network. He believes in clear and effective communication regarding people’s relationship with the law.

Countering Workplace Sexual Harassment in Singapor...
Advance Medical Directive: Make Your Decisions on ...
Hong Kong: How should the damages in fatal cases b...
What can you do if you have been scammed online in...
Workplace Safety, Injuries, & The Law: A Prac...
Share This
0Shares
0 0 0
Previous Article

A Guide to Letters of Demand 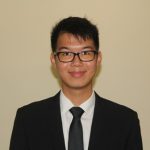 Dion contributes in writing for Asia Law Network. He believes in clear and effective communication regarding people’s relationship with the law.