A Guide to Letters of Demand
0Shares
0 0 0
ASIALAWNETWORK.COM

Seeking compensation from that rascal that rear-ended your beloved Mercedes? Trying to recover unpaid bills from a recalcitrant client that simply refuses to pay up?  It is always recommended to attempt to resolve these issues amicably if it’s possible.  If you want to preserve a meaningful business or personal relationship, you can try to negotiate on a settlement that favors both parties.

However, if you have exhausted all other options, and have no choice but to resort to engaging solicitors to help press this claim, one of the first steps your lawyer should do is to send the other party a letter of demand.

What is a letter of demand?

Simply put, a letter of demand is a formal letter comprising a list of demands that the recipient must comply with, usually backed up by the threat of legal action by the sender should the recipient fails to comply.  Although anyone may write and send letters of demands by themselves, most people engage lawyers to do so on their behalf.  This is advantageous since your lawyers may be able to better advise you on the strength of your claim and any potential challenges the recipient may raise to it.

Moreover, a letter of demand that comes from a lawyer’s office can be intimidating enough for most people to comply as it usually demonstrates to your recipient your resolve to follow through on any threat of legal action.

Why should I send a letter of demand instead of just suing that fellow?

Firstly, sending a letter of demand gives the other party one final opportunity to resolve the problem by complying with your demands before you commence litigation.   As anyone who has been through a lawsuit can attest, litigation is a physically, emotionally, and financially draining process.  Thus, giving the recipient one last chance while making clear your intent to take legal action if he fails to comply may open the door for a mutually beneficial solution.

Secondly, if the recipient chooses not to comply with the stated demands and you are forced to proceed to court with your claim, this letter of demand can be used as evidence to show the court that you have made an earnest attempt to settle the issue and recover any money owed.

What should a letter of demand include?

An effective letter of demand should include the following information

Help! I’ve received a letter of demand! What should I do now?

Letters bearing the letterheads of law firms rarely herald good news, and receiving a letter of demand is usually one of the first signs that you are facing impending legal troubles.  Unlike an ostrich, simply burying your head in the sand and ignoring the existence of the letter is not a viable solution, since a non-response may be interpreted as a denial of the claim, and the sender may be forced to take legal action against you.

Instead, do retain the letter of demand (and make copies of it if possible).  You should seek clarification with the sender if you are unclear on any matters or simply require further details.  You should then consider whether you wish to dispute the claim(s) set out in the letter.

If you do wish to dispute the claim, you are strongly advised to seek legal advice.  However, if you do not wish to dispute the claim, you may simply comply with the demands set out on the letter, or contact the sender to negotiate a settlement with less harsh terms on a “without prejudice” basis.  Doing so will allow you (and the sender) to preserve your legal rights while negotiating, and allow you to take a different stance later on should the matter reach the court.

Do note that while the label “without prejudice” on your negotiation letters usually prevents your opposition from admitting them as evidence against you during discovery, this is subject to certain limitations (usually related to the context the letters were written in) , as the courts will consider the contents of the letter rather than the mere label of “without prejudice” when deciding its admissibility

I got A1 for O Level English, I got this!

If you wish to DIY a letter of demand, do take note of the following points

Sending OR Receiving a letter of demand

If you have an outstanding claim that you wish to recover monetary repayment or damages for, or to demand someone to do (or cease to do) something, you are strongly advised to seek legal advice to evaluate the strength of your claim and discuss potential courses of action (unless the quantum involved is too insignificant to warrant engaging lawyers).  Sending a letter of demand will usually be the precursor to any subsequent legal action, but before you do so consider the following questions

If you decide to go ahead with the letter of demand, do consider if you wish to do it yourself (DIY) or engage lawyers to do so on your behalf

Conversely, if you do receive a letter of demand, do not panic!  Carefully ask yourself the following

Letters of demand can potentially lead to costly and contentious lawsuits. The first step in ensuring a smooth and conflict-free outcome is by arming yourself with knowledge and being aware of your legal position.

This article is written by Ho Yu Xuan.

Yu Xuan is a contributor who is passionate about raising social awareness on day-to-day legal issues that the public may encounter. He is currently actively involved with several pro bono projects focused on legal research.

What Expats Need to Know About Property Rental in ...
A Guide to Applying for a Grant of Probate
Tendering Your Resignation
Defamation: A Guide to Bringing Claims and Avoidin...
Workplace Safety, Injuries, & The Law: A Prac...
Share This
0Shares
0 0 0
Previous Article

Said something you shouldn’t have? A Guide to Defamation in Singapore

[INFOGRAPHIC] The importance of mobile and engaging content for Singapore SMEs 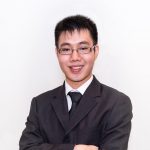 Yu Xuan is a contributor who is passionate about raising social awareness on day-to-day legal issues that the public may encounter. He is currently actively involved with several pro bono projects focused on legal research.