This article comes courtesy of Shook Lin & Bok LLP. One of the leading and full-service commercial law firms in Singapore with a strong Asian presence and global reach. They have close to a century of rich legal heritage with a number of partners who are eminent lawyers in their respective areas of expertise. They have been recognised by reputable legal directories for their expertise in their major areas of practice including banking and finance, capital markets, corporate mergers and acquisitions, corporate real estate, employment, international arbitration, litigation and dispute resolution, regulatory, restructuring and insolvency, technology, media and telecommunications, and trust, asset and wealth management. To seek legal advice from this firm and a over a hundred other law firms, head over to Asia Law Network — Asia’s one stop portal for all your legal needs.

In August 2016, the Court of Appeal in Vintage Bullion DMCC v Chat Fook Yuen (in his capacity as joint and several liquidator of MF Global Singapore Pte Ltd (in creditors’ voluntary liquidation)) and other appeals [2016] SGCA 49 delivered a very important written judgment on the nature of certain types of client moneys held by a commodities and securities broker. The case arose in context of the liquidation of MF Global Singapore Pte Ltd (the “Company”), which before its insolvency, operated as a licensed commodities broker under the Commodities Trading Act and also held a capital markets services licence for leveraged foreign exchange trading under the Securities and Futures Act.

This note discusses the analysis of the Court of Appeal.

The Appellant, Vintage Bullion, and the other customers (collectively the “Customers”) had entered into leveraged foreign exchange (“LFX”) and leveraged commodity (“Bullion”) transactions with the Company as direct counterparties. The Customers bought and sold currencies and/or commodities respectively in an attempt to profit from the fluctuation in commodity prices or exchange rates.

The Customers would transfer funds to the Company in order to enable trades to be executed and to maintain open trades by way of margin.

At first instance, the High Court Judge found in favour of the Company and held that there was neither a statutory trust nor an express trust in respect of the Unrealised Profits and Forward Value arising out of the LFX and Bullion Transactions (collectively the “Sums”). The High Court Judge held that a statutory trust, pursuant to the Commodity Trading Regulations (“CTR”) and Securities and Futures (Licensing and Conduct of Business) Regulations (“SFR”), would arise on receipt or accrual of money, not the segregation of the Sums. In this case however, she held that the Sums were not accruing to the Customers under the CTR. The Unrealised Profits were merely contingent debts and did not oblige the Company to hold any money for a customer. The Forward Value was an accrued debt but did not amount to money that had accrued as the Company was not obliged to pay the customer until the Value Date.

The Customers appealed against the decision of the High Court.

The Decision of the Court of Appeal

There were 2 issues before the Court of Appeal:

First, the Court of Appeal considered the relevant provisions in the legal regimes of the Commodity Trading Act and the Securities and Futures Act. Under regulation 21 of the CTR, a commodities broker was required to treat and deal with all money, securities or property received by him from a customer to margin, guarantee or secure contracts in commodity trading, or accruing to a customer as a result of such trading as belonging to that customer, and under regulation 22 of the CTR, all customer’s money was required to be segregated as belonging to the customer and separately accounted for. Under regulation 16 of the SFR, a holder of a capital markets services licence was required to treat and deal with all moneys received on account of its customer as belonging to the customer and to deposit all moneys received on account of the customer in a trust account or in any other account. The Court of Appeal concluded that the intention of the Legislature was that customers of a commodities or leverage foreign exchange broker (such as the Company) should have proprietary rights over the relevant money, security or property involved. It is in this regard that the Legislature made it a requirement for the money to be treated as “belonging to that customer”. The Court of Appeal also concluded that the legislative intent in these regulations was to create a statutory trust over such money for the purpose of safeguarding them in the event of liquidation of the broker.

The Court of Appeal then addressed the findings of the High Court that the Sums did not “accrue to” the Customers and did not constitute money “received on account” of the Customers within the meaning of the regulations.

The Court of Appeal held that sums would be considered to “accrue to” or to have been “received on account of” a customer when the customer concerned becomes legally entitled to the same. Insofar as the Unrealised Profits were concerned, the Court of Appeal agreed with the High Court Judge that these would merely be contingent debt obligations. As the underlying transaction had not been closed yet, the profits at this time were merely notional and they would only become actual profits when the underlying transaction is closed. The Unrealised Profits represented nothing more than a hypothetical statement as to the profit position if the transaction had been closed on that very day. At that point in time, it was impossible to tell if the customer would or would not make a profit eventually. It followed that the Customers were not legally entitled to the Unrealised Profits and these could not be said to have been received on account of the Customers.

In respect of the Forward Value however, the Court of Appeal disagreed with and reversed the decision of the High Court Judge. Unlike the Unrealised Profits, the Forward Value was, in the opinion of the Court of Appeal, based on a transaction which had been concluded. The legal obligation of the Company to the customer, to pay over such profit, had already crystallised. Such sums would then become a legal entitlement of the customer and could then be said to have accrued to the customer, notwithstanding that the customer would not be able to withdraw the sums until the Value Date arrived. The Court of Appeal felt that the High Court Judge, in coming to a different view, had conflated the concepts of accrual and payment. The transfer of the Forward Value to the Ledger Balance was a mere formality rather than a separate and distinct type of transaction.

Here, the Court of Appeal went on to elaborate and distinguish the 2 associated, but separate, concepts of segregation and trust. Mere segregation of assets did not equate to the creation of a trust. Segregation was necessary in order for an express trust to arise, but this was not in itself a sufficient condition.

On the facts, the Court of Appeal was not able to find that the Company had the requisite certainty of intention to create an express trust. And even if one were to assume that there was certainty of intention, the Court felt that no express trust could have arisen because of the lack of certainty of subject matter for the trust. The Court noted that the Unrealised Profits would fluctuate from day to day and would not crystallise until the underlying trade was closed, when it would be converted into the Forward Value. For these reasons, the argument by the Appellants for an express trust was rejected.

Significance of the Decision

The decision of the Court of Appeal is a significant one particularly on the statutory trust point, because this is one of the rare decisions where members of the senior judiciary have had the opportunity to interpret provisions that form an important part of Singapore’s capital market regulatory framework.

Prior to the delivery of the Court of Appeal judgment, the decision of the High Court did seem incongruous with the avowed intention of the regulatory provisions. Indeed, the Monetary Authority of Singapore had issued a consultation paper proposing certain changes to be made to the provisions (presumably with the intention of statutorily addressing some of the difficulties arising from the reasoning of the High Court). The judgment of the apex court is therefore welcomed.

The Court of Appeal also emphasised that non-compliance with statutory obligations to segregate will attract criminal sanctions. This will have a deterrent effect on commodity brokers and CMS licence holders. It is likely that the Monetary Authority of Singapore will view any such lapses seriously.

Ultimately in any protracted litigation involving the penumbra of property belonging to an insolvent company, it is usually the unsecured creditors that are the worst off. In the present case, the nature of the proceedings involved rival claims in respect of the ownership of the moneys between the Company and its Customers. In awarding costs to the successful creditors to be paid out of the liquidation estate, the Court of Appeal found that the proceedings were not confined to the administration of the trust fund, but related to the broader administration of the liquidation estate.

For similar disputes in the future, the practical difficulties of pursuing proprietary claims could see parties referring their claims to mediation. In fact one of the recommendations of the Committee to Strengthen Singapore as an International Centre for Debt Restructuring is increasing the use of Alternative Dispute Resolution processes to resolve insolvency issues where appropriate. It is noteworthy that mediation successfully resolved the cross-claims between the UK and US MF Global entities. This culminated in the global settlement resulting in MF Global’s creditors being able to receive over USD$1 billion in aggregate distributions.

This information is provided for general information purposes only and does not constitute legal or other professional advice. It is not comprehensive. Specific advice should always be sought in relation to any legal issue. Shook Lin & Bok LLP does not accept any responsibility for any loss which may arise from reliance on the above information.

This article is written by Debby Lim from Shook Lin & Bok LLP.

[INFOGRAPHIC] The importance of mobile and engaging content for Singapore SMEs 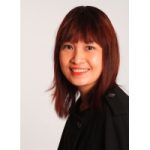