Receiving payments from a company when winding-up proceedings have been commenced against it
0Shares
0 0 0
ASIALAWNETWORK.COM

We examine the first local reported decision on the issue of validating payments under Section 259 of the Companies Act. Essentially, while any payment made by a company after the commencement of its winding is prima facie void, Section 259 provides that the Court may order an order validating the payments.

Citus Trading Pte Ltd (“Citus”) was an oil trader that supplied Centaurea International Pte Ltd (“Centaurea”), a company supplying bunkers to vessels. The parties began transacting in May 2013. Citus gave Centaurea credit terms of 30 days, and Centaurea offered Citus a personal guarantee from Lim Tiong Ling (“Lim”), Centaurea’s director, and a mortgage over a vessel owned by one of Centaurea’s affiliates.

When Centaurea’s credit limit of US$1.2 million was exceeded, Centaurea paid Citus US$1.5 million by cheque and cash in July 2013, then made another US$755,000 in purchases.

When Citus heard that Lim had “absconded”, Citus took control of the mortgaged vessel and sold it for US$350,000, and issued a statutory notice under the personal guarantee given by Lim. Centaurea’s liquidators, on the other hand, brought a claim for the US$1.5 million against Citus.

The question was whether Centaurea’s liquidators or Citus were entitled to the US$1.5 million.

Steven Chong J stated that the rationale of Section 259 of the Companies Act was to prevent the dissipation of the assets of the company so as to “procure so far as practicable, the rateable payments of the unsecured creditors’ claims”, citing Buckley LJ in In re Gray’s Inn Construction Co Ltd [1980] 1 WLR 711. Hence, “the court should not validate any transaction or series of transactions which might result in one or more pre-liquidation creditors being paid in full at the expense of other creditors, who will only receive a dividend, in the absence of special circumstances making such a course desirable in the interest of the unsecured creditors as a body.”

The Court noted that simply showing that impugned payments (to pre-liquidation creditors) were made in good faith in the ordinary course of business without notice of the winding-up petition would not be sufficient, although they were strong factors in favour of validation; the crucial requirement was whether there were “special circumstances making such a course desirable in the interest of the unsecured creditors as a body”.

In making this determination, the Court preferred the approach suggested by Citus, that it would be sufficient to demonstrate this by looking at the impugned payments at the time they were made. The liquidators’ approach, which required Citus to demonstrate that the impugned payments had, with the benefit of hindsight, in fact turned out to be for the benefit of the general body of creditors, was rejected.

The Court then decided that as Centaurea had exceeded its credit limit with Citus, making the US$1.5 million payment to Citus had effectively refreshed Centaurea’s credit limit with Citus which then allowed Centaurea to further purchase oil from Citus to continue its bunkering business, without which Centaurea would not have been able to stay afloat. Therefore, making the payment to Citus would carry at least a potential or prospective benefit to Centaurea and its general body of creditors. Although it might not always be the case that there would be benefit to a company simply by allowing it to continue trading, there was no evidence here that Centaurea was trading at a loss.

In view of the above, the Court validated the payments made in favour of Citus.

If you are dealing with a company in questionable financial health, this judgment should provide reassurance that payments received from such company, even if made after winding-up proceedings have been commenced against it, may still be validated by the Singapore courts – provided that (i) you had no actual knowledge of such winding-up petition notwithstanding newspaper and Gazette advertisements, and are dealing with such company in good faith in the ordinary course of business (e.g. at arm’s length); and (ii) such payments can be shown, when viewed at the time that such payments were made (as opposed to having the benefit of hindsight), to have been likely to benefit the company and its general body of creditors.

However, the position may be different if you had knowledge that a winding-up petition had already been presented against the company you intend to transact with. The Court in the above-mentioned judgment also observed that if a person, who despite having knowledge that a winding-up petition had been filed, was asked to enter into a transaction with the company, and such person chose to go ahead without first obtaining a validating order, he “obviously takes the risk of the court subsequently refusing to make the order”. In such a scenario, it would be prudent to obtain a prospective validating order before proceeding. That said, the fact that the third party was aware of the winding-up petition is not necessarily fatal.

On a practical note, the type of validation orders granted will vary from case to case. The most common application is for validation to enable the company to continue trading in the ordinary course of business, usually for a specified period. This will specify a bank account from which payments will be permitted to be made in the ordinary course of business, for example wages. Other types of validation orders are more specific and may be sought for the sale of property or for the granting of a charge over the company’s assets to secure funding which may be used to discharge the winding up applicant’s debt and/or other creditors’ claims.

This article is written by Andrea Chee from Shook Lin & Bok LLP.

Lawyers' Profiles Visualized In A WordCloud 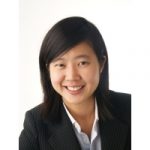