Top 5 misconceptions start-ups have about patents in Singapore
0Shares
0 0 0
ASIALAWNETWORK.COM

Continuing from the previous IP article, patent attorney Chan Wai Yeng from Taylor Vinters Via LLC  talks about the top five misconceptions about patenting which startups should be aware of.

Intellectual property protection is an important consideration for most start-ups. The exclusive monopoly that comes with patents can help start-ups carve a niche in a crowded marketplace. Patents have always been important to some industries like Big Pharma where they develop expensive drugs in lengthy R&D processes. They have become increasingly important and relevant to new business models and technologies in the technology sector.

While the concept of a patent is fairly simple to understand, there are several misconceptions about patents which I’d love to clarify. It is important to clarify these misconceptions before embarking on the intensive patenting process.

Myth 1: A patent applicant has rights to enforce his pending patent

It is a common mistake among first time patentees to think that once their patent application has been filed, they will immediately gain the rights to sue third parties for infringement of their patent. Rights to bring about a suit for infringement are in fact only available to the patent owner after his patent has been granted. The Intellectual Property Office of Singapore indicates that patents filed in Singapore can take between 2 to 4 years to grant. Thus patentees should be aware that during the period when the patent is still pending, they are not able to take action against third parties that commercially exploits their invention.

Myth 2: A patent once granted cannot be challenged

After having spent several years applying for a patent, the patent office finally grants you a patent for your invention. You receive a patent certificate that is proudly displayed amongst other framed accolades on the wall of your office and your company is benefiting from the monopoly over the technology that has been patented. Fast forward three years later and you discover a third party has been infringing your patent. You decide to sue for infringement and the other party counter sues for invalidity of your patent. During proceedings, new evidence shows that your invention is not new. The court invalidates your patent and dismisses your infringement suit.

Is the above dramatic turn of events a fictional conjecture or does it happen in real life?

Patentees should be aware that a patent granted by the patent office can be challenged by third parties. If the challenge is successful, the patent can be revoked such that the patent is deemed never to have been granted.

Myth 3: A patent gives the patent owner the right to use his patented invention

A patent is strictly a negative or exclusionary right – the right to exclude others from commercially exploiting the patented invention. This principle is often misunderstood by patentees who think that owning a patent means that they are allowed to exploit their own invention.

Frequently, due to the large number of patents existing across the same technology and the overlapping nature of patent protection, a patent owner will often require licences from other patent owners before being able to freely using his own invention.

For example Company A owns the patent for a method of multiple sensor fitness data collection. Company B is the patentee of wearable fitness devices that uses data collected by multiple sensors. In order to use his own invention, Company B has to first obtaina licence from Company A since the wearable fitness device makes use of the multi sensor fitness data technology that has been patented by Company A.

Similarly, if a third party plans to manufacture wearable fitness devices that uses data collected by multiple sensors, he will need to obtain licences from both patent owners, Company A and Company B.

A simple diagram below shows the overlap in patent coverage between Company A’s patent and Company B’s patent. 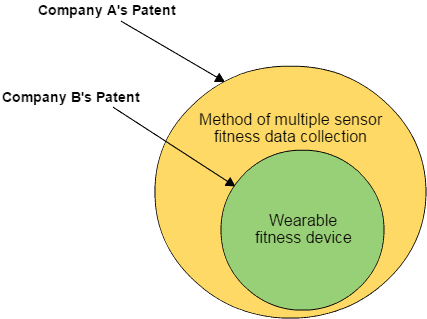 Myth 4: A granted patent can be enforced across the world

Patent protection is territorial in nature. A Singapore patent grants exclusive patent rights to the patent owner within Singapore only.

To protect your invention in other countries, separate patent applications have to be filed in each country concerned. A budget of $12,000-$15,000 would be realistic for each additional patent filed. Since the cost of patenting increases proportionately with the number of patent applications filed, a patent applicant should have a filing strategy in place to ensure that its patent budget can be adhered to. Additional factors such as the need for translation to local language, requirement to authenticate documents can rapidly increase the cost of filing patents in other countries.

In addition, the timeframe from filing to grant of a patent varies depending on the patent office and can last up to six years for patent offices that do not yet possess a sophisticated patent examination system.

While there is no such thing as a worldwide patent, in some regions, countries have agreed to establish a regional patent office for protection of patents within a region. For example, instead of having to file separate patent applications in Europe, it is possible to file a single European patent application that is valid and can be enforced within 38 countries that are members of the European Patent Organisation. Similarly, it is possible to apply for a Eurasian Patent that is valid across 9 countries including Turkmenistan, Belarus, Tajikistan, Russia, Kazakhstan, Azerbaijan, Kyrgyzstan, Moldova and Armenia.

As a first step, a patent owner can put potential infringers on notice by marking products as patented or putting up related patent information of his products in promotional materials. A surveillance protocol should be put in place to identify possible infringement. Monitoring of market activities such as regular visiting of relevant trade fairs, research into competitors’ patent portfolio, internet searches and maintaining close communication with local distributors and licensees can help with early detection of infringing activities.

In our next article “Patent application process and patenting fees in Singapore,” we will explain the actual patenting process  and we will later discuss issues relating to patent enforcement.

Have more questions about patents?

If you would like advice on patents or any other matter related to filing for and protecting intellectual property, you can do so by booking a Quick Consult with Chan Wai Yeng. When you get an AsiaLawNetwork Quick Consult, Wai Yeng will call back within 1-2 days for a transparent, flat fee starting at S$49 to answer your questions on patents, trademarks and registered designs.

This article is written by Chan Wai Yeng who is a patent attorney at Taylor Vinters Via LLC.

What you need to do when a loved one passes on 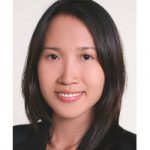