How to contest a will
0Shares
0 0 0
ASIALAWNETWORK.COM

Contesting a will can be challenging

Contesting a will is not an easy exercise. It may be lengthy and it may involve substantial legal costs (depends on a variety of factors).  Sometimes it would be pointless to contest a will if the Estate is very small. Note that whatever you may be entitled to eventually would be substantially reduced by the legal costs you would incur. Many are aggrieved when they realise that they have been left out of will of a loved one. In many cases, these people become suspicious of named beneficiaries and come up with all sorts of accusations and theories to explain why they may have been excluded. Some of these theories may be fanciful, some may have some truth in them. The difficulty then would be proving these theories in Court.

There are four grounds generally adopted when contesting a will

There are generally four grounds that you can use to contest a will:

#1. The will has failed any formalities

A will that does not follow the formalities stipulated under the Wills Act is invalid. Unclear provisions may delay the distribution of assets and have a higher chance of being contentious.

Having said that, you do not need a lawyer to draft a will. But as lawyers are the ones who generally apply for probate after you pass on, they would be well-versed in the procedures and requirements for the will to take effect without unnecessary delays. They are also aware of the formalities that need to be satisfied under the Wills Act for wills to be valid. Some dispute lawyers have also represented clients in contentious probate law and are well aware of the pitfalls in will drafting. Lawyers may also bring your mind to consider relevant factors which you may have overlooked (ie: like the provision of dependants, manner of holding of the house, joint bank accounts and its implications).

#2. Proving that the Testator had lacked testamentary capacity

The next way to contest a will is to prove that the deceased had the lack of intention for the will to take effect boils down to his mental state at the time when he made the will. It was stated in case of Banks v Goodfellows (1870) by Cockburn C.J that at the point of making the will, the deceased must have three things:

It may be common for elderly testators (the person making the will) to be accompanied to a lawyer’s office by one of their children or intended beneficiaries. With cases of dementia on the rise, one must be careful to make sure that the elderly testator is not suffering from any infirmity of the mind before making the Will. It may also be beneficial for the Testator to covey his/her intentions to the lawyer in private. These may assist in excluding suggestions of undue influence or incapacity by others who may have an interest in the will or an earlier will or on intestacy.

If the Testator is blind, deaf or mute, it is necessary to show that the will was done in accordance with the Testator’s instructions and the Testator understands the contents of the will.

#3. The deceased testator was under undue influence when signing the will

Undue influence comes in the form of another person influencing the testator into writing the will the way he or she wants it. There is a risk that as people age, some may become more susceptible to the influence of others. In some of these cases, if it can be shown that the testator crafted and signed the will under duress and pressure, it may be a valid reason to contest a will. Examples of this can come in the form of coercion, threats and harassment.

#4. The will was made through fraud

If a will was made through fraud, the will is said to be invalid. This is done by tricking the Testator into signing the paper when he believes it to be another document and not a will. This is usually very hard to prove as the deceased testator is unable to answer any questions as to what he or she has signed. Fraud is also alleged in circumstances where there are two wills and the signatures differ on each of them. Often in such cases, handwriting experts are called to examine the Will and testify of their findings.

A will may not provide adequately for its dependants. It may be that a parent may not have provided for his children but may have left everything to an outsider he/she may be having an affair with. This may cause hardship to the children. In similar cases, if the court finds that the Testator has failed to make reasonable provision for the maintenance of the dependant, it may vary the will or vary a share under the will. Of course, the court will consider a multitude of factors including what operated in the mind of the testator when making provisions in the impugned will. This Act does not allow any child or spouse to make an application. He/she intending to make an application must be a dependant and should be:-

Question 1: Who is eligible to contest a will? Can it be a family member who is not named in the will?

Anyone who has an interest in an earlier will or on intestacy (in the event there is no will – Intestate Succession Act), may contest the will.

Question 2: What about an entity (e.g. charitable organization or bank) who was included in the will?

Unlikely that a charity contests a will. A will does not give anyone (including beneficiaries listed) rights to a legacy before the testator dies. The Will only takes effect after the Testator dies. If an interested party is contesting the Will on the basis that the testator did not intent to make a gift to a Charity, he/she has to prove this and it would be a difficult exercise.

Question 3: When is the right time to contest a will in Singapore? Is there a time limit (e.g. before the final expenses and transfer of property is executed, and assets distributed?)

You may challenge the Will within six months after a Grant is issued. Beyond this period, a person intending on contesting a will would need to explain why he/she was unable to contest the Will within the six months from issuance of the Grant.

Question 4: If the assets are distributed already – can someone still contest a will?

Yes.  Assets may be recovered even after they are distributed.

Question 5: Is it common to contest a will in Singapore?

Yes. But not all contests are well considered. If you think you have legitimate grounds for contesting the will, you will still want to carefully consider this decision. Contesting a will can be difficult and may be a costly exercise so you would have to weigh your options. Always good to consult a lawyer to better understand your circumstances, risks involved and whether you have a good case.

Question 6: How long does it take to contest a will? How must would it cost?

This depends on the nature of the allegations, the amount/assets in dispute, the acrimony between parties and the complexities involved (i.e.: cross border etc). Costs would also be contingent on the above factors.

Have a question on contesting a will?

If you would like to seek legal advice on contesting a will, you can do so by booking a Quick Consult with Jeshua or other lawyers. With Quick Consult, you can check out in minutes and for a transparent, flat fee of S$49, the lawyers will call you back on the phone within 1-2 days to answer your questions and give you legal advice.

This article is written by Jeshua from Netto & Magin LLC and Brandon.

Srijit Jeshua has undertaken a wide variety of litigious work including but not limited to commercial litigation, construction litigation especially under the Security of Payment Act, contentious and non-contentious matrimonial work, criminal litigation, personal injury claims, contractual disputes, bankruptcy, debt recovery and contentious probate disputes. He is also able to draft and advise on a variety of contracts including but not limited to Shareholders’ Agreements, Franchise Agreements, Loan Agreements, M&A agreements and has assisted in the conduct of various employment law seminars. 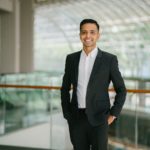 Srijit Jeshua has undertaken a wide variety of litigious work including but not limited to commercial litigation, construction litigation especially under the Security of Payment Act, contentious and non-contentious matrimonial work, criminal litigation, personal injury claims, contractual disputes, bankruptcy, debt recovery and contentious probate disputes. He is also able to draft and advise on a variety of contracts including but not limited to Shareholders’ Agreements, Franchise Agreements, Loan Agreements, M&A agreements and has assisted in the conduct of various employment law seminars.