Smart contracts are described as self-executing: how they are formed is how they will be performed. This is why some of us see no (or at least less) room for legal dispute over them.

It shouldn’t be this way. Where it’s efficient, it should be possible to breach a smart contract. Even though this may lead to a legal dispute.

In How Do We Resolve Disputes? I spoke at length about dispute resolution, in the physical world and in cyberspace, and by and for whom, and how. All this was based on one basic premise: there will be legal disputes in the first place.

But is this premise correct?

There are these new kids on the block who, some say, come with the potential to reduce the amount of (or even do away entirely with) legal disputes, at least as far as legal disputes over contracts are concerned. With them, so their champions argue, there will be less (or even no) need for the often costly resolution of legal dispute, thus less (or even no) need for the sometimes complicated and time-consuming, at times even impossible, enforcement of such dispute resolution.

They haven’t really made an entrance yet, but it’s like their advance guard has already arrived.

Enact as in: self-execute.

Self-executing agreements. This is pacta sunt servanda 2.0. Or: pacta erunt servanda. No longer agreements must be kept, but agreements will be kept.

Of course, with an agreement that executes itself, how can there still be room for legal dispute over it, right? How you form it is how you perform it. Or perhaps not?

A thesis like this is based entirely on the understanding of a smart contract as executable code and nothing else. In this understanding, there is room for legal dispute only where it turns out the code isn’t executable, say because it contains critical errors. Seen this way, a legal dispute over unclear contractual terms can only be the result of, an abnormal termination due to a severe bug. But if you can avoid such critical faults in your contract code, the transaction will take its course and come to its end, all as agreed.

Contract Law Made Me Do It

According to the theory of efficient breach of contract, a party should be allowed to breach a contract if (i) the breach is efficient (meaning performance of the contract is not), and (ii) the party in breach pays damages to the other party.

This is economic analysis of law at work. Contracts help allocate resources to their highest-valued use. Contract law, therefore, aims to facilitate this. This is why breaching a contract is not a crime. In fact, under certain circumstances it may be the right thing to do.

The ‘law’ of self-executing smart contracts – that is to say the way they are coded – does not seem to fulfil this efficiency-serving function as well as traditional contract law.

However, if we want smart contracts to serve a similar function of allocating resources efficiently, then their code shouldn’t counteract but facilitate that. In short: we should code smart contracts in such a way as to allow a party to breach them. As with old-school contracts, this will lead to the question whether the breach is efficient so that the other party may claim damages? And if so, to how much?

I daresay the answers to these questions are open to dispute. As far as I can see at this point in time, these answers can’t lie embedded in a smart contract.

Have a question on smart contracts?

If you need advice on smart contracts, you can get a Quick Consult with Patrick Dahm or other lawyers. With Quick Consult, you can check out in minutes and for a transparent, flat fee, the lawyers will call you back on the phone within 1-2 days to answer your questions and give you legal advice.

This article is written by Patrick Dahm from Samuel Seow Law Corporation and was first published on his blog.

Patrick is a German Rechtsanwalt practising corporate and commercial law, including energy and cyberlaw, and international arbitration as counsel, arbitrator or official legal expert/expert witness. As a foreign practitioner he also has the distinction of being admitted to practise Singapore law.

MAS Proposes Changes to AML/CFT Requirements for L...
Commentary on Model and Artist’s Legal Tussle: Are...
Singapore Trade Marks – Clarins Fragrance Group’s ...
Why was McDonald’s “BIG MAC” trade mark revoked in...
What is the difference between paid up and authori...
Share This
0Shares
0 0 0
Previous Article

Starting a business? Here are some considerations!

What do you know about motor insurance? 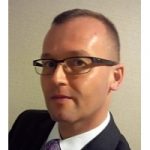 Patrick is a German Rechtsanwalt practising corporate and commercial law, including energy and cyberlaw, and international arbitration as counsel, arbitrator or official legal expert/expert witness. As a foreign practitioner he also has the distinction of being admitted to practise Singapore law.