After a person is found guilty of an offence, the Court will decide on the punishment. The prosecution will usually submit a sentence which their office sees as befitting of the offence. In response, the offender or his lawyer is entitled to make a plea in mitigation. The Court will pass sentence after hearing the prosecution’s submissions, and the offender’s mitigation plea.

What is a Mitigation Plea?

The basic framework of a mitigation plea would include:

A mitigation plea is usually done orally in Court and may be supported by a written submission. A written mitigation is encouraged, as it keeps the submission focused and structured, is helpful reference when making oral submissions, and gives the Court an impression of the mitigation plea even before the hearing.

A written mitigation plea should be submitted before the hearing, and the important points highlighted during oral submissions. An offender who is acting in person may request for an interpreter if he is not confident in the English language.

What are Mitigating Factors?

In general, an offender will want to highlight the following factors:

In contrast, the Prosecution will submit on aggravating factors, to liken the offender’s case to preceding cases where the Court gave a heavier punishment.

At this juncture, it is apposite to note that a mitigation plea should be careful not to contradict with the Statement of Fact, or to qualify an offender’s guilty plea. The Statement of Facts is a summary of the facts prepared by the Prosecution to support the charge. It is read to the accused after the accused indicates his wish to plead guilty, and before the accused pleads guilty. It may contain aggravating factors of the offence, and the accused should request for a copy to study before agreeing, lest the accused changes his mind on an aggravating factor later during mitigation.

How to Craft a Mitigation Plea?

The first step of mitigation is understanding the offence, the mitigating and aggravating factors of that offence, and the sentencing benchmarks in relation to the offence. It is helpful to look at the Charge, the First Information Report, the Cautioned Statement and the Statement of Facts (where available) to identify mitigating factors. With the sentencing framework in mind, the next step will be for the accused person to supply his lawyer with the relevent information to craft the plea.

A mitigation plea should also try to distinguish the aggravating factors where possible, and minimise the impact of these aggravating factors on the mind of the Court. Reference to written testimonials, awards, school report cards, medical reports, psychiatric assessments, and character witnesses may be useful.

In most cases, it is also helpful to refer to the sentencing principles in relation to the offence.

What are Sentencing Principles?

There are four principles guiding the sentencing process:

Where the sentencing is focused on retribution, the offender is punished and made to suffer for the harm that he has caused to the victim and/or society. The offender’s culpability, the seriousness of the offence and the damage or injury caused are relevant factors.

There are two types of deterrence under this principle:

In some cases, the offender is a menace or danger to society. The Court will then consider a custodial sentence to remove the offender from society so that the offender will not be able to cause further harm.

Identifying Sentencing Benchmarks for the Offence

The Court does not sentence an offender arbitrarily. It refers to previous cases of the same offence, and tries to fit the present offender within the sentences that were made in the past. Often times, there is bandwidth which the offender falls into.

A useful resource for information on precedents is the “Sentencing Practice in the Subordinate Courts” and ‘Results of Magistrate’s Appeals Database’ which is part of the ‘Legal Workbench’, a research database accessible via www.lawnet.org.sg.

Some offences have a mandatory or minimum punishment – for example, a minimum custodial sentence for theft in dwelling, and mandatory imprisonment and caning in certain rape cases. In such cases, there will be a hard limit to the mitigation, and the offender should attempt to reduce the charge before pleading guilty.

Claiming trial does not affect the mitigation plea per se. However, an offender may not be able to claim that he is remorseful after claiming trial and vigorously defending against the charge. In some instances, evidence may be adduced at trial which is prejudicial to the accused person, which would otherwise be glossed over in the Statement of Facts. On the other hand, pleading guilty at an early juncture save valuable resources for the Court in some cases, and be a mitigating factor.

My mitigation plea has contradictions with the Statement of Facts. What do I do?

Importance of a Plea in Mitigation

A mitigation plea is important, because it may be the only opportunity for the offender to interact with the Court in a meaningful way and to express himself. Hitherto, the process is focused on the charge and the criminal process – whether the accused person understands the charge, whether the Statement of Facts is admitted, whether the accused person accepts the charge. It is only during the course of mitigation that the offender has the opportunity to present himself as a person before the Court, to explain how he came be standing in the dock, and to plead for forgiveness and leniency. While it may be more personable to mitigate for yourself, mitigation also requires technical expertise to submit on the appropriate sentence, and an accused person would be advised to seek legal counsel.

Have a question on Criminal  Law?

If you have questions about criminal law, you can get a Quick Consult with Wayne or other lawyers. With Quick Consult, you can check out in minutes and for a transparent, flat fee of S$49, the lawyers will call you back on the phone within 1-2 days to answer your questions and give you legal advice.

This article is written by Wayne Ong from Wayne Ong Law Practice and edited by Tessa Sim from Asia Law Network.

The Welfare of the Child is Paramount: How An Adop...
Women’s Charter: A Practical Guide Part 3
What can you do if you have been scammed online in...
Proving Adultery in Divorce Under Singapore Law
Time for Hong Kong to revisit the meaning of “dish...
Share This
0Shares
0 0 0
Previous Article 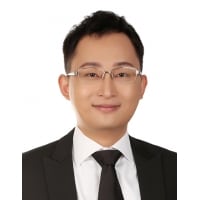