Borrowing from a moneylender – what you need to know
0Shares
0 0 0
ASIALAWNETWORK.COM

In 2014, businessman Goh Meng Leong borrowed $350,000 from a licensed moneylender at an annual interest rate of 240 per cent. Over two years, Mr Goh paid back a total of $700,000 in instalments to ABK Leasing. However, even though Mr Goh had paid back twice the amount he had borrowed, he still owed the company an additional $900,000 more.

ABK Leasing took Mr Goh to court to declare him bankrupt but in November 2016, the High Court dismissed ABK’s bid, the Straits Times reported. The court also ordered the company to pay Mr Goh $1,500 in costs.

Mr Goh’s case highlights two things: It illustrates that there is an alternative to borrowing money from illegal loan sharks but it also shows that turning to licensed moneylenders is not necessarily problem-free.

If you need a short-term loan and you are considering getting the money from a licensed moneylender, here’s what you need to know.

The advantage of borrowing from licensed moneylenders is that they are regulated by the Ministry of Law and if you borrow money from these companies, there is a cap on how much interest they can charge, and what they can charge in penalties if you’re late in repaying.

Under the new moneylenders regulations which took effect from 1 October 2015, loans are subject to the following caps:

They are also prohibited from behaving in a threatening way or harassing you.

Shop around for the best rates

Borrowing money is, in some ways, no different from buying any kind of product. Different moneylenders have different rates so shop around to find the company that gives you the best rates and conditions.

Don’t forget to check out the Law Ministry’s guide to effective interest rates to understand how to make good comparisons.

It’s called advertising, not reality. You wouldn’t believe an ad for toothpaste that promises to make your teeth sparkle if you use it so don’t rely on advertisements from the moneylender about the terms and conditions of the loan. Get clarification about the specific terms of the loan contract before signing up.

If you take a secured loan, there is no cap on how much you can borrow. Most people typically offer their homes as security in these cases. However, consider carefully if the contract you sign allows the moneylender to lodge a caveat on the proceeds of your property if you default. When a caveat is lodged against your property, you won’t be able to sell it without first re-paying the moneylender in full. This could wipe out most if not all the proceeds from the sale.

After You Take A Loan

After the moneylender approves the loan, it is important to ensure the following:

What to do if you run into problems

You’ve now gotten a loan from a moneylender but pretty soon, you realise that things are not going as planned. The moneylender is threatening you if you’re late in making repayments. Or you find that even after repaying the principal and the interest, the moneylender says you still owe a big chunk of change. Something isn’t right. What can you do?

Know the moneylenders rules which govern your loan transaction. A comparison of the old and new rules are set out in the table below:

Even licensed moneylenders can engage in unsavoury business practices. Here’s a list of things that they are not supposed to do, according to the Law Ministry and the Registrar’s Directions.

If your licensed moneylender is doing any of the things listed above, you have the option of filing a complaint with the Ministry of Law.

Don’t renew your loan if you are in default

This was precisely what happened to Mdm A. Mdm A borrowed extensively from a few moneylenders under the old rules and eventually paid a six figure sum to settle all monies owing, a few multiples of the principal amount borrowed.

She was approached again by moneylenders in 2016 and borrowed again, this time under the new rules. As she was unable to repay the principal amount within a month, the moneylenders told her to renew the loan by paying 14 per cent of the loan amount (10 per cent administration fees and 4 per cent monthly interest), so that additional time could be given to her to make full payment.

What borrowers are not informed is that under the new rules, the aggregated monthly interest and default interest payable is only 8 per cent per month, plus a late charge fee of S$60. When they renew their loan, they are effectively paying 6 per cent more a month than what should be due. Further, since the loan is renewed, the cap on the total amount recoverable by the money lenders (i.e. being twice the principle amount borrowed under the new rules) does not take into account the admin fee and interest paid under the previous loan.

“We have seen many cases under the new rules where the debtors have been told to renew their loan by paying 14% of the principle amount.  This could possibly be an unconscionable transaction given that the debtor ends up paying more per month than what would have been due per month under the new rules” said Mr Lee Ee Yang, the managing director of law firm Covenant Chambers LLC.

A licensed moneylender is breathing down your neck. Now what?

Maybe you decided to take a loan before reading all this and you now find yourself stuck in what seems like an unfair contract. Or maybe you got a loan before the laws were changed in October 2015 to protect borrowers. If so, here are some things you can do:

If you face problems with the licensed moneylender you’ve borrowed money from, you can contact the Registry of Moneylenders (1800-2255-529) or email [email protected] for assistance. The Registry won’t disclose your details to the moneylender without your consent.

Some moneylenders might threaten to take you to court to bankrupt you in the event that you cannot make the loan repayments.

The case of Mr Goh’s fight with ABK Leasing is an example of how the courts can protect you. In this instance, the judge dismissed the bankruptcy application given the dispute by Mr Goh on the total amount owing as well as his defence that the transaction was substantially unfair.

Further, under the Moneylenders Act, The Court has the power to set aside a loan transaction and order a licensed moneylender to pay back any excess payment where either (1) the interest or late interest is excessive and/or (2) the transaction is unconscionable or substantially unfair.

According to Mr Lee of Covenant Chambers LLC: “Even under the old rules, where there was no statutory limit on the rates that could be charged for borrowers who have an annual income of $30,000 or more, it is definitely arguable that there has to be a reasonable cap on interest rates. The court can provide recourse to a debtor that has overpaid the moneylender due to the fact that interest was excessive or the transaction is unconscionable or substantially unfair by ordering a return of such excess payment.”

Get legal advice from a lawyer

You might want to check with a lawyer to see if your contract is unfair. Your lawyer will be able to tell you if you have a case. If you do, you can pursue the matter legally through the Small Claims Tribunal or the Courts under the Consumer Protection (Fair Trading) Act or the Moneylenders Act.

Speak to a lawyer over the phone

If you want to speak to lawyer over the phone soon, you might consider getting a Quick Consult.You can get legal advice over the phone from a practicing lawyer of your choosing within 48 hours for S$49 here on Asia Law Network.

You can get started HERE.

This article is written by Jimmy Yap.

Jimmy Yap is a writer and editor with more than two decades of experience. He is also the author of 10 books.

The ‘Refinancing’ Tactic: How a licens...
Checklist for selecting a lawyer online
How to find the best Singapore lawyer for your cas...
Dealing with bankruptcy woes
Myanmar Legal Alert: The Central Bank of Myanmar I...
Share This
0Shares
0 0 0
Previous Article 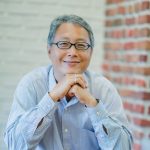 Jimmy Yap is a writer and editor with more than two decades of experience. He is also the author of 10 books.