More people in Singapore are changing their names!

In 2014, the Straits Times reported that the Immigration and Checkpoints Authority (ICA) saw 6,000 applications a year over the past three years from people who wanted to change their names in their National Registration Identity Cards (NRIC). By comparison, ten years ago the ICA saw only 4,800 applications a year. Based on interviews with lawyers who write deed polls for people to change names, the article suggested that the large majority of people who wished to change their names were new immigrants from mainland China, India and Myanmar who changed their names upon becoming Singapore Citizens or Permanent Residents – possibly in a bid to blend into local cultural norms.

But choosing a name can be tricky… Even if it’s chosen for you!

But even if you don’t need to fit into local cultural norms, sometimes having a unique name might be enough to ostracise you from your peers, or even invite ridicule. Take for example, the case of Batman bin Supraman, who first went viral on the Internet in his youth, before later becoming an international news sensation when it was reported he was jailed for theft, housebreaking and drug use. Far afield in France back in 2015, a judge even ordered a couple from naming their two daughters Nutella and Strawberry! In fact, some parents are so enamoured with video games and TV shows (ok, maybe just that one HBO fantasy series) that they are also starting to give their children names based on fictional characters!

But for some people, like Tangerine Teo, Little Ong, and Chicken Ong, they have grown to embrace having a unique name – since it actually helps people to remember them easily.

Luckily, if you don’t like your name, you can still change it!

In order to change your name, you first need to get a legal document known as a “deed poll”. A deed poll is required in order for the Immigration and Checkpoints Authority to process your change of name in official records.

A deed poll is usually drafted by a lawyer – who will then witness you signing the document (or the execution of the deed poll). Once the deed poll has been signed, you can then bring it along with you to the Immigration and Checkpoints Authority to have the change updated in your National Registration Identity Card (NRIC) and other documents. Please note that current holders of a NRIC would need to apply for a replacement NRIC within 28 days of the change of name. In addition, a deed poll cannot be used to alter the name on your birth certificate or marriage certificates.

In some cases, you can change your name without even obtaining a deed poll!

For instance, when you are married to someone, you don’t need to obtain a deed poll before adding your married name to your original name – you only need to provide a copy of your marriage certificate to ICA in order for the change to be processed. Similarly, if you have recently converted to a different religious faith, and you wish to change the name in your official records, you can do so by simply presenting the authorities with a copy of your Baptism certificate or religious certificate.

What changes to my name is acceptable to the authorities?

Aside from name changes due to marriage or religious conversions, you can generally change your name either stylistically or by making edits to your name. Some examples of stylistic changes include adding, deleting or modifying the punctuation in your name (e.g. hyphenating a name), or changing the order of the words in your name (e.g. Tan John to John Tan).

On the other hand, edits to your name include adding, deleting or modifying the ethnic characters of your name (for example, in Chinese, Jawi or Tamil characters), your actual name/hanyu pinyin name, or even correcting a misspelled name.

While the authorities generally do not restrict name choices, certain names may be rejected by the authorities – especially if they are offensive or vulgar – or if the name falsely implies that the person has an honorary title like “Dr”, “Sir” or “Datuk” might also be rejected.

Yes, it’s possible! In fact, in 2014, the New Paper quoted lawyers as saying that most teenagers would change their names just prior to the major “N” and “O”-Level examinations – so that their educational certificates would reflect their new name.

In such a situation, as long as you are below the age of 21, at least one parent has to sign the deed poll in front of the lawyer – preferably after obtaining the consent of the other parent – this is because the consent of both parents are needed to change the name with a deed poll, except when one parent has passed away, or is uncontactable despite expending all reasonable effort.

In cases where the parents are divorced, minors below the age of 21 can only change their surnames if consent from their biological father is given, while the child’s name may only be changed as long as both parents have consented. However, if one of the parents is persistently uncontactable despite the reasonable efforts of the other parent, then that parent can execute the deed poll along with a declaration that all reasonable efforts have been expended in contacting the other parent.

Question 2:  Why is it called a deed poll?

Unlike a contract, a deed is not supported by a promise or transfer of money. A deed  poll represents a document that binds a single person, who has expressed an active intention to change his or her name.

If you have any question about deed polls, you can get a Quick Consult with Lawyer Barry Delaney or any of the lawyers with similar expertise for a transparent, flat fee of S$49. You can expect a call back within 1-2 days on the phone to get legal advice and have your questions answered.

This article is written by Barry Delaney,  with editing by Tang Chee Seng of Asia Law Network.

Barry Delaney has worked for many years on oil rigs offshore and onshore in many countries and continents. He attended the BVC (Bar Vocational Course) in London for 9 months, the Practice Law course Singapore for 6 months and then Pupillage in Singapore for 6 months before starting to practice. He has worked for local Singapore Law firms for 12 years since qualifying. His experience is in Criminal,Family, Syariah, Accidents,Debt collecting and Probate matters. He started his own law firm in 2017.

Copyright Act: How To Protect Your Work 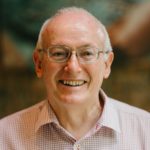 Barry Delaney has worked for many years on oil rigs offshore and onshore in many countries and continents. He attended the BVC (Bar Vocational Course) in London for 9 months, the Practice Law course Singapore for 6 months and then Pupillage in Singapore for 6 months before starting to practice. He has worked for local Singapore Law firms for 12 years since qualifying. His experience is in Criminal,Family, Syariah, Accidents,Debt collecting and Probate matters. He started his own law firm in 2017.