It is not uncommon in any society for disagreements and conflicts to arise, oftentimes leadings to one party feeling as if they have been ‘victimised’ in some way. In Singapore, we are often told that we should make a police report if we believe that we are a victim of an offence, as the police will ensure that justice is done. Boasting a highly respected police force, it is no surprise that the recently released World Justice Project (WRR) Report ranked Singapore as the safest country in the world.

Hence, when victims seek help from the police, they typically expect police investigation to take place regardless of the severity and nature of the offence believed to be committed. Contrary to such a popular belief however, the police do not actually wield unrestricted powers with regard to investigating and arresting suspects. Furthermore, police resources are not unlimited and investigative work takes time (amongst other resources). As such, not every alleged offence or incident may be investigated in depth if the police are of the view that it is not a matter for the police to be involved in. Under the Criminal Procedure Code (CPC), the police are indeed empowered to arrest an alleged offender without a warrant only if an arrestable offence has been committed, or if the police reasonably suspect that an arrestable offence has been committed. The difference between arrestable and non-arrestable offences is explained further below.

Arrestable offences typically include more serious crimes such as drug trafficking or rape, and does not require a warrant for the police to arrest the suspect (Section 2 of CPC). The list of arrestable offences can be found here in the First Schedule of the Criminal Procedure Code.

In contrast, non-arrestable offences are offences for which the police “may not ordinarily” arrest without a warrant. Thus, notwithstanding the evidence a victim can provide to the police, the police still has to assess the facts of the complaint to determine if an arrestable offence has been committed before proceeding.

Where a non-arrestable offence is likely to have been committed, the police can only take down the information, record the identities and complaints of the parties involved according to the procedure set out in the CPC (see for instance Sections 16 & 17 of the CPC), but cannot arrest a suspect without a warrant.

If the matter is non-arrestable, and the police form the opinion that your matter/complaint will not be investigated further, you still have room for some redress. If you do believe that an offence has been committed against you notwithstanding the police’s opinion/view of your case, you may file a Magistrate’s Complaint at the State Court’s Community Justice Tribunals Division (CJTD).

What is a Magistrate’s Complaint?

A Magistrate’s Complaint serves as form of remedy for victims of non-arrestable offences. It is a complaint filed by any individual who is seeking redress for an offence he believes has been committed against him, but is not taken up by the police for further investigations or prosecution. Such an individual will be referred to as the complainant, while the accused will be referred to as the respondent.

Before making a Magistrate’s Complaint, it is useful to know the type of outcome you wish to seek. It is also important to consider whether a civil action is the more appropriate recourse, as the two have potentially different outcomes.

If what you are seeking for is compensation from the alleged act (depending on whether it is actionable), it is more appropriate to pursue a civil action to claim for the damages suffered. A civil action gives you the opportunity to hold the respondent liable for the offence committed against you, and (if successful) to be awarded compensation for the harm suffered by you.  This can be a complex and expensive process, and is certainly recommended that you engage a lawyer to represent you in court. If you are unable to afford one, you may consider seeking free legal advice from lawyers at pro-bono clinics organised regularly across Singapore.

If you wish to represent yourself without a lawyer, you may find out more information on the procedure to do so from the State Courts website. Do note that self-representatives (litigants in-person) are still expected to follow all the legal procedures and requirements in the course of proceedings, regardless of whether one is legally trained.

Thus, you should file a Magistrate’s Complaint if your desired outcome is for the alleged offender to receive punishment for his actions. The entire process involves broadly an evaluation by the court staff, followed by a filing of documents and making payment. You will subsequently be presented before the Magistrate to affirm or swear the truth of your complaint, before receiving the appropriate order.

How can a Magistrate’s Complaint be made?

What Happens after making a Magistrate’s Complaint?

In his chamber, the Magistrate seeks to understand the complaint. Besides reading the form submitted, he may request for the complainant to provide further evidence to support the complaint, or ask questions to have a better understanding of the situation.

Having considered the information provided by the complainant, the Magistrate will then exercise his discretion and make one of the following orders:

Issue a Summons for a Person to Assist with the Complaint

The Magistrate might require the assistance of specific individuals such as witnesses or experts to better understand the case, and may accordingly issue summons for them to appear before the Magistrate on another date.

Direct the Police to Investigate into the Complaint

Direct the Complainant and Respondent to Mediation

If the Magistrate feels that the complaint does not warrant an investigation, he may order the parties involved to attend a closed-door criminal mediation session either at the State Courts or Community Mediation Centre.

While both venues share a similar aim of helping the parties reach an agreeable solution through mediation, those conducted at the State courts will be mediated either by a Magistrate or a Justice of the Peace (JP) in his chamber, while those at the CMC will be mediated by neutral mediators from a panel of trained mediators. If a settlement agreement can be reached via mediation, the complaint will be dismissed and the case will be closed.

If a settlement agreement cannot be reached through mediation, you may consider privately prosecuting the respondent by way of a private summons. This requires you to firstly prepare the necessary charges against the respondent, as well as pay a fee of $20 for each summons. Subsequently, the summons must be served on the respondent by you, to inform him that a complaint was made against him. Overall, a private prosecution is a relatively complex process, and it is highly recommended for a lawyer to be engaged when commencing private prosecution.

Once the summons have been served on the respondent, he will be informed of a date which he must attend a court hearing. If he pleads guilty at the hearing, he will be sentenced accordingly when the verdict is decided. If he pleads not guilty, the case will go to trial, and both the complainant as well as the respondent will be given a chance to prove his case in front of a judge. At the end of the trial, the Court will decide whether the respondent is guilty of the offences charged.

Postpone the complaint for parties to negotiate a settlement

Lastly, the Magistrate has the discretion to dismiss the complaint if it does not fall within the ambit of a criminal offence. The complainant may consider pursuing a civil claim in this regard. Have a question about Magistrate’s Complaints?

If you have any questions about Magistrate’s Complaints, you may request a quote with Jonathan Cho or get a Quick consult with other lawyers from a transparent, flat fee of $49 and expect a call back within 1-2 days to get your questions answered.

This article is written by Jonathan Cho  from  Covenant Chambers LLC and  Silas Siew from the  Asian Law Students’ Association.

Jonathan believes that access to justice is for all, and that lawyers are gatekeepers who play a crucial role in ensuring this. His experience and training in Dispute Resolution and Litigation spurs his commitment to holistic problem-solving through his practice of law. In the course of his practice, Jonathan has handled a diverse range of cases both civil and criminal; he is familiar with trial and appellate processes as well as various alternative dispute resolution processes. He has provided advice and assistance in a spectrum of civil/commercial matters including contractual disputes, personal injury matters, claims involving medical professionals, and employment-related matters. Jonathan also takes a special interest in criminal litigation and has advised/represented individuals in respect of criminal charges for a range of offences. He also provides legal assistance to lower-income individuals as a volunteer lawyer under the Criminal Legal Aid Scheme (“CLAS”).

Data Privacy: What is the GDPR and who does it apply to? (Part 1 of 2)

What happens if you cause a fatal traffic accident in Singapore? 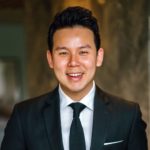 Jonathan believes that access to justice is for all, and that lawyers are gatekeepers who play a crucial role in ensuring this. His experience and training in Dispute Resolution and Litigation spurs his commitment to holistic problem-solving through his practice of law. In the course of his practice, Jonathan has handled a diverse range of cases both civil and criminal; he is familiar with trial and appellate processes as well as various alternative dispute resolution processes. He has provided advice and assistance in a spectrum of civil/commercial matters including contractual disputes, personal injury matters, claims involving medical professionals, and employment-related matters. Jonathan also takes a special interest in criminal litigation and has advised/represented individuals in respect of criminal charges for a range of offences. He also provides legal assistance to lower-income individuals as a volunteer lawyer under the Criminal Legal Aid Scheme (“CLAS”).