We have all seen TV shows like Suits and How to Get Away with Murder, where bail is mentioned by lawyers and policemen when an individual gets arrested. What we know from these shows is that bail is an amount of money someone pays for an individual to be released from prison. However, this is simply a surface level explanation. In reality, the mechanics of bail and how it works in Singapore is much more complex, and in this article, I simplify it by breaking down the step by step procedures so that you leave this article with a comprehensive understanding of how bail works in Singapore.

When an accused is held in remand, bail can be offered by the court or the police. This means that a person known as the bailor, can provide a form of security, which can include items or cash that are deposited in exchange for the accused to be released from remand.

What can the bailor pledge/deposit?

If the bail amount is less than $15,000 the bailor can pledge personal items such as jewellery or household items, as long as these items have been fully paid up and belong to the bailor.

If the bail amount exceeds $15,000, the bailor is required to provide cash. Alternatively, he can provide other forms of payment such as fixed deposits or savings accounts as security for bail.

Once the bailor has pledged their property or bank accounts as security for bail, they are not free to use it for personal needs. The bailor’s bank will be notified to freeze the account in the duration of the accused’s hearing and trial period, and will only be released for personal use once all matters relating to the accused’s trial have been concluded. Furthermore, any bank account used to secure bail cannot be a joint account unless both parties to the account agree to be listed as bailors to the accused.

If the bail amount is too expensive and the bailor cannot meet the set amount, they may request for the bail to be lowered through an application made by the accused during one of their hearings. However, it is very rare that the courts will grant the application of lowering bail.

Can all individuals be bailed out?

The answer would be no. Not every accused will be granted bail, as it depends on the offence committed.

The First Schedule of the Criminal Procedure Code lays out the offences which are bailable or non-bailable.

The police or the courts look at a few factors when deciding whether to grant a non-bailable individual bail.

In the case of Public Prosecutor v Yang Yin [2015] 2 SLR 78, the court revoked the Respondent’s right to bail as he was considered a flight risk. The court took into account the fact that the Respondent had transferred substantial amounts of money to his father’s bank account in China, meaning that he would have access to funds if he were to flee Singapore. Moreover, the court held that there was little risk of the Respondent being held in remand for an unreasonable period of time, and thus there was no need for bail to be granted. This case demonstrates how the courts take into account various factors when deciding whether or not an individual should be granted bail. Courts make decisions on a case by case basis, and look at the individual unique facts of a case before deciding whether to grant bail or not.

What are the different types of Bail?

There are two types of bail – court bail and police bail.

Court Bail is considered when an arrest is made without a warrant and the arrested individual appears before the Magistrate’s Court. In the instance where an arrest is made pursuant to a warrant, the warrant can bear an endorsement providing for a personal bond. If the warrant does not have an endorsement, the arrested individual has to be brought before the court, which then considers whether or not to grant bail.

How does Bail work?

The bail amount is not a fixed sum, but instead is left to the discretion of the court, if the accused is granted court bail. The amount of bail has to be enough to ensure that the accused will show up in court for relevant court proceedings against him/her.

There are certain factors that courts take into account when setting a bail amount for an accused. One of the more important factors is considering whether the bail amount is sufficient to ensure that the accused will not abscond.

When an accused is granted bail, he has to fulfil certain conditions. The typical condition attached to granting of bail is that an individual is not allowed to leave Singapore without prior approval from either the police or the courts. Usually, any travel documents such as the accused’s passport is seized when they are released on bail. They will also only be allowed to leave the country with permission from the police or the court, and this leave will be within a specific time granted by the police or courts. If any conditions are breached, the individual runs the risk of being re-arrested. Upon the accused being re-arrested, the court may find it inappropriate to release them on bail again, and therefore hold the discretion to not grant bail despite the offence committed being non-serious and a bailable offence.

Who can be a bailor?

When an accused is offered bail, a Singaporean citizen or permanent resident above the age of 21 and who is not bankrupt, and has no criminal charge against them is eligible to be his/her bailor. The responsibility of a bailor is largely to ensure that the accused turns up for all court proceedings at the required time until legal action against him/her has ceased.

An exhaustive list of bailor duties can be found in section 104 of the Criminal Procedure Code. Other responsibilities of the bailor include keeping in touch with the released individual on a daily basis, and having to lodge a police report within 24 hours of losing contact with him. Also, the bailor has to ensure that the released individual does not leave Singapore unless he has been permitted to do so either by the court or by the police officer as referred to in sections 92 or 93 (as the case may be) of the Criminal Procedure Code.

If the accused does not attend required court proceedings, the bail pledged by the bailor may be forfeited, and will lose all their money or personal belongings deposited. Therefore, if an individual chooses to be a bailor for an accused, it is vital that he/she understands the risk involved in undertaking this role, as his/her own pledged security can possibly be seized.

In the event that the accused does not attend the required court sessions, the bailor will have to attend a hearing to explain why the pledged security should not be forfeited by the courts. Such a hearing is also known as hearing for the Bailor to Show Cause.  If the court is not in favour of the bailor’s explanation, the bailor will have to pay up the bail money. If the bailor does not pay this amount, the court can obtain it by selling the property forfeited by the bailor via issuing a warrant. If the amount cannot be recovered by sale of the bailor’s property, the bailor may be subject to imprisonment, with the maximum term of imprisonment being 12 months. Failure on part of the bailor to pay the bail money as ordered by court will result in the bailor not obtaining a refund or return of their property after the accused’s hearings are concluded.

In the event that the bail security is forfeited and sold, and the assets do not meet the required bail amount, the bailor will have to top up the difference in cash.

What if the accused cannot find a bailor?

Can a bailor choose to discharge himself?

Yes, a bailor can opt to discharge themselves from the role of bailor. This can be done during the next court mention for the relevant matter. Once the discharge is approved, the accused will be remanded once again until another bailor comes forward, if any.

When will the bailor be refunded their money or property pledged as security?

It is important to consider all the responsibilities of a bailor or surety before agreeing to stand as one for an accused person. In the duration of the accused’s hearing, the bailor needs to ensure that despite forfeiting money or personal property as security for bail, they are financially secure. A bailor also holds major responsibility in answering for the accused’s actions and behaviour when they do not adhere to the rules set by court, or in the case they abscond from Singapore. The bailor should also know his or her rights with regards to discharging their duties as a bailor if they feel they are no longer fit to secure the bail, or if the accused is not reliable.

Have a question on bail?

If you have any questions or require legal advice, you can request a quote with Devaraj Viveganandam. You can also get a Quick Consult with other lawyers. With Quick Consult, for a transparent, flat fee of S$49, a lawyer will call you back on the phone within 1-2 days to answer your questions and give you legal advice.

This article is written by Devaraj Viveganandam from I.R.B Law LLP and Simran Kaur from Asian Law Student’s Association.

Raj is an Associate of I.R.B. Law LLP and manages the Digital Marketing Department within his firm. Raj is well-versed in different areas of law, from civil litigation and contract law to family and employment law. His comprehensive legal knowledge makes him an expert on a broad range of matters; such as employment disputes, drafting contracts, wills and probate issues, to name a few.

Cambodia Tax Alert: Use of Khmer Riel in Tax Invoi...
Workplace Safety, Injuries, & The Law: A Prac...
Schoolboy hit by car caught on camera, who is at f...
White-Collar Crimes in Singapore: Tales of Terribl...
What to do after a traffic accident in Singapore –...
Share This
0Shares
0 0 0
Previous Article

Can HR information in relation to hiring be shared? The Competition Commission Advisory Bulletin on anti-competitive conducts in the labour market 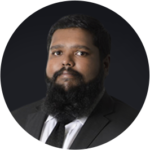 Raj is an Associate of I.R.B. Law LLP and manages the Digital Marketing Department within his firm. Raj is well-versed in different areas of law, from civil litigation and contract law to family and employment law. His comprehensive legal knowledge makes him an expert on a broad range of matters; such as employment disputes, drafting contracts, wills and probate issues, to name a few.