What does it mean to plead guilty in Singapore?
0Shares
0 0 0
ASIALAWNETWORK.COM

If you are found to have committed a crime, you will receive a court summons requiring you to appear in court. When an accused person chooses to plead guilty, it basically means that he or she does not intend to contest the proceeded charges against him or her. If the accused is a body corporate, an officer of the company, usually the director, may elect to plead guilty on behalf of the company. The choice to plead guilty must be voluntary and unequivocal.

You may choose to plead guilty if you admit that you have committed the offence that you are charged with, and if you are prepared to be punished for the crime.

This punishment is also known as your “sentence”. Pleading guilty at an early stage usually represents genuine remorse and would likely attract a lighter punishment as compared to if you have are found guilty at trial .

What does the process of pleading guilty involve?

When you plead guilty to a charge, the court has to ensure that you understand the nature and consequences of pleading guilty. This will be determined when you attend a Plead Guilty (PG) hearing before a Judge.

Section 227(2) of the Criminal Procedure Code states as follows:

“Before the court records a plea of guilty, it must —

In a situation where the offence is punishable with death, a guilty plea cannot be taken and evidence must be led by the prosecution to prove its case at a trial. This is provided for in Section 227(3) of the Criminal Procedure Code.

When an accused faces multiple charges, the prosecution may offer to proceed on only a selected number of charges with the remaining charges to be taken into consideration (“TIC”). If a particular charge is taken into consideration, it simply means that the accused will not be sentenced for that charge, but rather the judge will take into account the TIC charge when sentencing the accused on the proceeded charges. It is therefore important that the accused understands the nature and consequences of his or her plea.

In summary, the court will only accept your plea of guilt if it is satisfied that:

If you agree and accept the facts, the court will accept your plea of guilt and convict you on the proceeded charge(s) if the judge is convinced that you are mentally fit to take the plea. The judge will then move on to consider your punishment.

It is important that you ensure the statement of facts are accurate, because they will be considered in determining the severity of your sentence.

During a guilty-plea hearing, the charge(s) would be read to the accused and the accused has to confirm that he is pleading guilty to the proceeded charge(s) and consents for the TIC charges (if any) to be taken into consideration for the purpose of sentencing.

If the accused accepts the Statement of Facts without any qualifications, the Prosecution would then address the Court on the accused’s antecedents (if any) and submit to the Court on sentence.

After the Defence counsel has addressed the Court on mitigation, the Prosecution will have the right of final reply before the hearing judge passes the sentence.

How does the judge decide what sentence to give?

Generally, the maximum punishment for an offence would be stated in the statute in which an accused is being charged under and the punishment is generally calibrated based on the severity of the crime you are convicted of.

However, there are numerous other factors that the court would take into account in determining your punishment. These factors include the existence of previous criminal records, the age of the offender, the need for deterrence and also the likelihood of rehabilitation. Before the judge passes the sentence, an accused would typically want to make a mitigation plea before the hearing judge. A mitigation plea involves the accused highlighting the mitigating factors and urging the court to be lenient when imposing the punishment. Usually mitigating factors surrounding the commission of the offence(s) would carry more weight rather than other factors such as family background, educational qualification, medical and employment background.

In situations where the offence committed is minor in nature and the offender is young (usually below the age of 21), a probation report may be called for the judge to assess the accused’s suitability for probation before the judge decides on the sentence. The imposition of a probation does not constitute a conviction and a criminal record.

What happens after sentencing?

Depending on the severity and type of offence the judge may impose, amongst other orders, a fine or a custodial sentence.

If the punishment imposed is an imprisonment term, the accused may also seek the court’s indulgence for him to defer his sentence to a later date for the accused to settle his personal affairs before he or she starts serving time in prison. If the court allows the deferment of the sentence, the court will order the accused to surrender himself or herself to the court at a date and time fixed by the judge. Failure to comply with the court’s order would result in a warrant of arrest being issued against the accused. If the accused is on bail, the bail sum may also be forfeited. Similarly, deferment of sentence is also at the discretion of the judge.

After the Court has passed the sentence, an accused person, who has pleaded guilty, may only appeal against the sentence if he or she finds that the sentence is excessive and not on conviction as pleading guilty would inevitably lead to a conviction. A Notice of Appeal must be filed within 14 days of the verdict. Once the accused is convicted and sentenced for an offence, the court would usually vary the bail amount upwards, if the accused wishes to be out on bail pending the appeal.

It is always advisable that an accused person seeks legal advice before taking a plea of guilt as he or she may not be fully apprised of the possible sentence that can be meted out and a retraction of plea may not always be possible.

If you have a legal question regarding being cheated, you can get a Quick Consult with Xavier Lim or other lawyers. With Quick Consult, you can check out in minutes and for a transparent, flat fee from S$49, the lawyers will call you back on the phone within 1-2 days to answer your questions and give you legal advice.

This article is written by Xavier Lim from Phoenix Law Corporation and edited by Gladys Yeo from Asia Law Network. 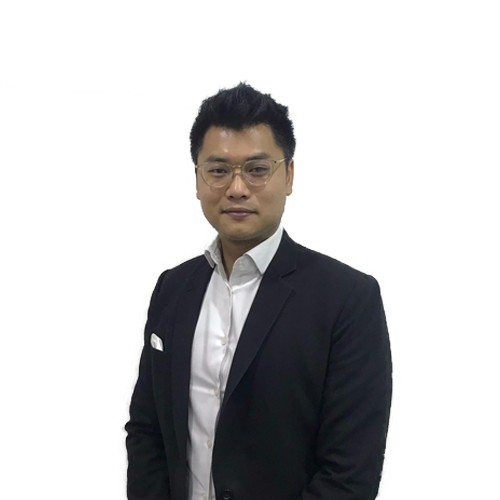