What do you need to know about Non-Disclosure Agreements (NDAs) in Singapore?
0Shares
0 0 0
ASIALAWNETWORK.COM

It’s not rare to keep valuable, or even potentially embarrassing information under wraps. In fact, it should be the norm.

In early 2017, as the South Korean technology company, Samsung, began to roll-out its new Samsung Galaxy S7 Edge, local online media outlet, Mothership, reported that a Singaporean man was asked to sign a Non-Disclosure Agreement by Samsung after his new S7 Edge overheated and stopped working altogether. According to photographs of the Non-Disclosure Agreement, the agreement stated that the man was not to speak to members of the media, or post anything on social media regarding the problems he faced with the phone. In the wake of the Public Relations crisis that Samsung faced in 2016 over the Galaxy Note 7’s well-documented problem of spontaneously overheating and catch fire, it is understandable that when Samsung released its new flagship model, it would attempt to exercise its control over any potentially embarrassing situations by pre-emptively inducing consumers to enter into a Non-Disclosure Agreement.

What is a Non-Disclosure Agreement?

A Non-Disclosure Agreement (or NDA) is essentially a legally binding contract between two parties (i.e. a provider and recipient) that governs how any confidential material, knowledge or information is handled between them. In other words, it is an undertaking not to disclose any confidential information covered under the agreement to third-parties or even to release the information in the public domain.

NDAs are fairly common in the corporate world – where sensitive information would have to be disclosed in the course of business dealings, and where there is a need to guarantee that the confidentiality of such information would be strictly maintained at all times. Any unauthorised disclosure of confidential information that was covered under an NDA would be considered a breach of contract, and would be liable to a lawsuit where the other party can claim damages for the breach.

In general, the signatories to an NDA have free reign to decide what information, materials or knowledge should be covered under, and protected by the NDA. Some examples of confidential information include (but are not limited to) client databases, company strategy plans, trade or manufacturing secrets, product or software prototypes, or even proprietary software and passwords. Depending on the business industry, the definition and scope of information covered can be flexibly determined by parties’ agreement.

A bilateral NDA is usually applied when there is an exchange of confidential information between two parties. In this situation, neither party is allowed to freely reveal information to third parties without prior approval from the other signatory to the Non-Disclosure Agreement. For instance, a mergers and acquisitions negotiation would require the sharing of company secrets, and any unauthorised disclosure of the negotiations could dramatically affect share prices and stocks. Whether an NDA should be bilateral or unilateral really depends very much on the circumstances at hand and the relationship between parties involved, amongst others.

What should a Non-Disclosure Agreement include?

Following which, the duration of the Non-Disclosure Agreement, and the term of continued confidentiality beyond the duration of the NDA, as well as non-circumvention or other obligations, should be spelled out clearly in the document. This is important because if a contract with no stated term is given, the Courts would generally deem such a contract terminable at will. It is also necessary to take note that in most cases within Asia, any provisions limiting non-competition and non-solicitation should generally be narrowly drafted and not exceed a period beyond a certain number of years. The term of continued confidentiality typically extends beyond the duration of the Non-Disclosure Agreement. During this time, even if the underlying contract containing the original confidentiality obligation has been terminated, they are still legally forbidden from divulging any information that was covered under the NDA.

Note however, that there is no specified legal limit to the duration of a confidentiality obligation binding on an employee after termination of employment. And while this is so, such restrictive provisions should always be justified as reasonable in the interests of parties and of the public. The Singapore Courts take the issue of reasonableness as largely as a question of fact, and as a matter of public policy. The Singapore Courts will only protect the legitimate interests of the covenantee, such as its customer, employees, trade secrets, confidential information and goodwill. Therefore, the disclosing party should be mindful that the duration of the restrictive covenant should be reasonable.

Lastly, the Non-Disclosure Agreement should also list how the receiving party in the agreement should dispose or return any confidential information/data upon termination of employment. The document should list the law and legal jurisdiction governing all parties in the Non-Disclosure Agreement, any limitation of liability, and prohibition against assignment – which prevents the NDA from being interpreted as granting, or transferring any rights or license to the recipient.

I think my ex-employee breached my Non-Disclosure Agreement. What should I do?

First of all, you should seek immediate legal advice in order to get an injunction that stops your ex-employee from doing further damage by continuing to use or share your company’s confidential information. The injunction could also order the ex-employee to deliver or destroy any confidential information that is still in their possession while court proceedings take place.

Next, if you believe that your business has financially suffered due to the actions of the ex-employee, then you can file a lawsuit for damages against the ex-employee. However, you would have to bear the burden of proof in proving that you have suffered any loss of financial revenue or profits as a result of this breach in employment contract/Non-Disclosure Agreement.

To that end, you should provide any of the following documents in order to support your case:

Ultimately, you have to guard your secrets well!

While useful, a non-disclosure agreement is still limited in the scope of protection that it can offer you. A disgruntled employee running off with your trade secrets and your entire client list can eventually be brought to court by a non-disclosure agreement – but not before the ex-employee could sell off all that important information to your closest competitor! You should still exercise care in preventive security – such as limiting your employees’ access to sensitive information or physically securing important documents. Or you could do as governments do in war-time, and not discuss important information openly. The application of NDAs to an employee is only one singular example of how the NDA is utilised. At the very heart of this discussion, it should be noted that, where any form of confidential information is to be exchanged (even if it is not pursuant to any employment, mergers and acquisitions or transactional relationship), using an NDA to govern parties’ relations with regard to how such information is to be treated ought to be seriously considered.

Have a question on NDAs?

If you have a legal question about non-disclosure agreements, you can request a quote with Kennedy Chen from Eversheds Harry Elias. You can also get a Quick Consult with other lawyers. With Quick Consult, from a transparent, flat fee from $49, a lawyer will call you back on the phone within 1-2 days to answer your questions and give you legal advice.

This article is written by Kennedy Chen from Eversheds Harry Elias and edited by Tessa Sim of Asia Law Network.

Hong Kong Maritime Series: Is the arresting party entitled to stop the judicial sale of the vessel as of right? 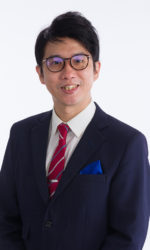