The above will be called the “Battersea framework”.

A. Material facts and summary of holding

B. Contribution to the requirement of enrichment

C.  Contribution to the requirement that the enrichment must have been at the claimant’s expense

(1) The bar on incidental benefits prior to TFL

(2) How TFL dealt with the bar on incidental benefits

(3) The desirability of TFL

A. Material facts and holding

B.  Contribution to the “at the claimant’s expense” requirement

(1)   The approach to indirect enrichment prior to Relfo

[23] Edinburgh and District Tramways v Courtenay (1908) S.C. 99; See Robert Chambers et al, Philosophical Foundations of the Law of Unjust Enrichment (Oxford University Press, 2009) at pp 335, 346–351, where he also explains two tort cases on the same basis. See also Andrew Burrows & Alan Rodger, Mapping the Law: Essays in Memory of Peter Birks (Oxford University Press, 2006) at p 356, where they argue that no liability arises for heat escaping from a flat because it “is not attributed to the owner of the flat or to the person generating it; it belongs to no one”.

[25] It has been argued that in such instances, the claimant has intended a gift upon interested third parties; Peter Birks, Unjust Enrichment (Oxford University Press, 2005) (“Birks”) at p 158. This view has been challenged on the basis that a gift is a transfer of a benefit with a positive donative intent, which is not present on the facts of such cases; Goff & Jones, supra n 23, at p 106.

[47] TFL, supra n 6, at [41]; Kramer and Beltrami, supra n 44, 51–52; Virgo, supra n 3, at 24. Further, while Floyd L.J. did not discuss this, the Court in Becerra made it clear that their discomfort was with a defendant being required to make restitution “in every case where a plaintiff had conferred the benefit whilst acting in his own self-interest” but hesitated from endorsing a general bar to such benefits as they acknowledged there might be “exceptional circumstances in which a person whose acted without a request, but whose own interests were subservient, might be entitled to make a restitutionary claim”; Becerra, ibid.

[50] Kelly v Solari (1841) 152 ER 24. This decision has been regarded as one of the earliest restitution cases, holding that the mistaken payment of funds to a widow must be returned.

[64] Id, at [57]. See also Andrew Burrows, “Narrowing the Scope of Unjust Enrichment” (2017) 133 L.Q.R. 537 at 540. The UKSC also found that where one party received the legal serves it had bargained for when it incurred the expense, it had voluntarily assumed the risk inherent in litigation that it might have to also meet another party’s costs, finding support in dated Scottish writings; see David Hume, Lecutres, 1786–1822, Volume 3 (Stair Society, 1952) at p 167; John Schank More, Notes to Stair’s Institutions (Mowbray Publishing, 1832) at p 54.

[68] Relfo, supra n 7, at [2] & [26]. The liquidator of Relfo’s primary positions were, first, that Relfo had a superior title in equity to the funds, and in the alternative, that Varsani was a constructive trustee of the funds. The claim in unjust enrichment was a further alternative, in the event that tracing was not present to establish the first two claims.

[74] Stephen Watterson, “‘Direct Transfers’ in the Law of Unjust Enrichment” (2011) 64(1) C.L.P. 435 at 442. This secondary or peripheral parties from the status of additional or alternative claimants or defendants.

[81] Burrows, Restatement, supra n 42, at pp 7–8, 49–52, where the learned author characterises the various exceptions as being premised on inter alia title, trust, agency, and subrogation. The Singapore Court of Appeal in Anna Wee analysed exceptions to the Direct Providers Rule in similar terms, stating such exceptions were premised on a “proprietary link” and the need for the claimant to prove she had “lost a benefit to which she is legally entitled or which forms part of her assets”; Wee Chiaw Sek Anna v Ng Li-Ann Genevieve [2013] 3 SLR 801 at [126] & [128]. The purpose of mandating a proprietary link is to “limit the substitution of new property or rights for the property which leaves the claimant’s hands”; Relfo, supra n 7, at [78].

This article is written by Shriram Jayakumar and Tracy Gani both graduated from Singapore Management University. This article was originally published on 25 May 2018 at SMU Lexicon.

Shriram is an LLB graduate of Singapore Management University, with interests in international law, investor-state disputes, and advocacy. During his time in law school, he was a Dean's Lister and the Founder and Editor-in-Chief of the law journal, Lexicon. He won several Best Oralist awards in domestic and international moots and had the distinct honour of representing Singapore twice in the Philip C Jessup International Law Moot Competition. Shriram will be commencing his Disputes training contract at Drew & Napier LLC in 2019.

What Kind Of Businesses Can I Legally Run From My ...
Myanmar Legal Alert: Foreign Insurance Providers N...
Smart contracts – can code ever be law?
Planning to start a business or startup? Your Lega...
10 Frequently Asked Questions on the Personal Data...
Share This
0Shares
0 0 0
Previous Article 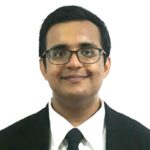 Shriram is an LLB graduate of Singapore Management University, with interests in international law, investor-state disputes, and advocacy. During his time in law school, he was a Dean's Lister and the Founder and Editor-in-Chief of the law journal, Lexicon. He won several Best Oralist awards in domestic and international moots and had the distinct honour of representing Singapore twice in the Philip C Jessup International Law Moot Competition. Shriram will be commencing his Disputes training contract at Drew & Napier LLC in 2019.