“The Singapore Convention on Mediation is a watershed in the Singapore’s Alternative Dispute Resolution scene…we see online dispute resolution as a key part of the future.”

In this 2-part series, a firm believer in the value of mediation, Ban Jiun Ean, executive director of Singapore Mediation Centre (SMC), shares with us his motivations and challenges during his career with the SMC and his visions for the organisation moving forward.

Thank you for giving us the opportunity to interview you, Jiun Ean! Could you share with us what made you choose to study law and what drives you?

Initially, I wanted to study computer science, as this was an area I was interested in. My father, however, was concerned about my career prospects in that direction and suggested I consider applying to study law instead. I had not given it much thought before that, but National Service (NS) cured me of any inclination to live on my own and have to settle my own laundry on a regular basis. I took a bit of time to find out more about reading law, and ultimately applied for the course. I was accepted in NUS Law, and that marked the beginning of my journey into the legal industry.

Despite enjoying the study of law, I never went into practice. I did my pupillage in one of Singapore’s largest firms but I realised that the practice of law is very different from the study of law. I contrasted my pupillage experience with an internship that I did with the Ministry of Law and found that I enjoyed creating an impact on a national level, instead of focusing on solutions to help specific clients of law firms. After I was called to the Bar, I left the firm and joined the Ministry of Law.

Why did you switch to the creative industry?

However, in 2015, I was given an opportunity to start a completely new project, developing a performing arts centre for my church, as a community outreach platform. After much consideration, I decided that it something worth trying. On Maxwell’s end, my deputy for the past few years was ready and able to step up to a bigger role as well.

I left Maxwell Chambers in Oct 2015 and started work on setting up a theatre and arts centre, which also runs programmes such as dance and art classes for underprivileged children and youth at risk. It was a heartening and eye-opening experience.

After helping to set up the place, I moved on, leaving the administration and operation of the facility to others.

What inspired you to create card and board games and your fantasy trilogy?

After my stint at Gateway Entertainment, I had time to pursue passion projects. As an avid gamer, I wanted to create games. From a young age, I have always been making things. I loved creating toys with my Lego blocks and enjoyed designing my own ‘card’ games.

As I was recounting the fun times I had with my friends during my younger days, I noticed that kids these days are always glued to their screens. I decided to design card and board games as I wanted to bring back quality family bonding time over games and promote greater human interaction. Through this process, I also realised the potential of using card games as a teaching tool.

Through my involvement with the National Day Parade Committee, I managed to pitch my idea to the Ministry of Defence and subsequently, the Ministry of Defence invited me to participate in the development of a Total Defence crisis simulation game, ‘Guardians of the City’. It is a card game to help youths develop a deeper understanding of Total Defence and the complexity of terror threats, and to show them how we can all play a part to keep Singapore safe and secure. It centres around the 5 pillars and shows how society can come together to better prepare for crises, respond to them, and recover from them. Being in the public service for many years was very helpful in the development of Guardians of the City as I had firsthand experience dealing with the opportunities and challenges Singapore faces. Rolled out in 2017, all secondary 2 students are given a copy of the game during Total Defence Day. After the success of Guardians of the City, I went on to develop 2 more games. In 2017, we released The Impregnable Fortress, a board game developed with the support from the National Museum and the National Heritage Board to commemorate the 75th Anniversary of the Japanese invasion of Singapore. The Impregnable Fortress is a simple, 2-player strategy game based on the Battle of Singapore that took place on January 1942. Two players compete as either the Japanese forces invading Singapore or the Commonwealth forces defending it, to defeat the other player by capturing the enemy’s HQ.

Despite receiving great reviews from various reviewers and customers, I felt that board games are less accessible to my target audience, young students. This is because board games are more expensive due to the higher production cost and not compact enough to easily be carried around. Hence, I decided to focus on designing card games.

My next game was Forge of Nations, a heritage card game that teaches history in a fun way and to commemorate Singapore’s Bicentennial. It is a card game where players lead a group of people from being just a village, growing to be a town and then city, and finally a nation. We recently launched Forge of Nations at the Istana on 5 June and you can get a copy of it at all Museum shops and Times Experience bookstores.

However, something that I always wanted to do in the long run is write novels. I love J. R. R. Tolkien’s Lord of the Rings trilogy and George Martin’s Game of Thrones series. I am still writing on the side and have finished two young adult fantasy books, Elai Nelson and the Prophecy of the Child and Elai Nelson and the Storm on the Sand, as part of the Fire on the Clouds Trilogy. The story is about the whimsical but occasionally tragic journey of a 16-year old city kid, Elai, as he journeys through a mystical realm and battles human and monster enemies with his smarts, courage and a talking toothbrush! I am aiming to complete the final book at the end of this year. It has been quite some time since the release of the second book back in November 2018 and some of my loyal local fans have been asking when they can finally complete reading the trilogy.

In a nutshell, it has been an interesting and exciting two and a half years outside the legal industry. Even though it was unsettling during my first year, it had many moments of great satisfaction and joy. It was extremely fulfilling to see that my 2 books and 3 games are loved by many students and their parents.

Besides your pursuits in creating games and writing, what are some fun facts that you can share with our Asia Law Network readers?

In Part 2 of Ban Jiun Ean’s interview,  we will explore his return to the legal industry and his thoughts about the future of mediation and alternative dispute resolution.

A rising second-year LLB student at the University of Bristol, Yun Wen is Asia Law Network's Content Manager and an intern with tessaract.io, Asia Law Network's end-to-end practice management solution. She is curious to learn new things and she is interested in LegalTech. She enjoys challenging herself with coding projects in her free time and serves the University in the capacity of International Student Ambassador and Careers Ambassador.

SMU Lexicon: The Impact of TFL Management v Lloyds Bank and Relfo v Varsanion Requirements of Enrichment and "At the Claimant's Expense" 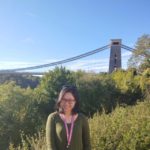 A rising second-year LLB student at the University of Bristol, Yun Wen is Asia Law Network's Content Manager and an intern with tessaract.io, Asia Law Network's end-to-end practice management solution. She is curious to learn new things and she is interested in LegalTech. She enjoys challenging herself with coding projects in her free time and serves the University in the capacity of International Student Ambassador and Careers Ambassador.