People who feed wild animals are being made to pay a pretty penny for their actions, as the authorities move to clamp down on behaviour that could escalate chances of human-wildlife conflict.

Members of the nature community tell The Straits Times that this is a timely move, especially with Singapore’s greening efforts paying off and bringing humans into closer proximity with wildlife.

On January 13 2021, the National Parks Board (NParks) said that it would haul 19 individuals to court for feeding wild boars in Lorong Halus – the largest number brought to court under the Wildlife Act since it came into effect last June.

Under the Act, the feeding and release of wildlife is illegal islandwide. Previously, it was only banned in parks and nature reserves.

The Lorong Halus site in Singapore’s north-east is a known wild boar feeding hot spot, and NParks’ latest action comes after a woman exercising in the area was attacked by a wild boar last November, leaving her with a cut on her leg and facial injuries.

“The harsher penalties act as a greater deterrent,” she added.

In recent years, there have been numerous reports of negative human-wildlife encounters all across the island, from boars to chickens and long-tailed macaques.

People often feed wildlife out of compassion, but experts warn that this does the animals more harm than good.

When the animals start to associate humans with food handouts and actively seek them out, people could start viewing them as pests – increasing pressure on the authorities to cull them, say observers.

For instance, Ms Anbarasi noted that some people feed pigeons on windowsills or throw food from high-rise buildings. As a result, they congregate in large flocks on windowsills and defecate on laundry lines.

A study by NParks published last month in the scientific journal Biological Conservation found that pigeons flock where human food is – and that reduced food availability could affect the reproductive cycles of these birds.

Mr How Choon Beng, director of wildlife management and outreach at NParks, said that one finding was that in less than two months, the feral pigeon abundance in open food centres dropped by more than half.

Feeding community animals such as stray cats and dogs, however, is legal as it is not covered by the Wildlife Act.

Domesticated species like cats, dogs and chickens, however, have been selectively bred for certain traits over millennia, and many have lost traits that will help them successfully find food in the wild.

But NParks said it works closely with the animal welfare groups to ensure feeding animals is done responsibly and in a way that will not dirty the surroundings.

Under the Wildlife Act, a person must not intentionally feed wildlife.

This refers to any animal species that is of a wild nature, including its young. It excludes domestic dogs, cats, horses, cattle, sheep, goats, domestic pigs and poultry.

A person who has the director-general of wildlife management’s approval is exempted from this law. This is granted on a case-by-case basis for situations such as research and professional wildlife rehabilitation.

Aside from the Wildlife Act, it is illegal to feed any animal at a national park or nature reserve under the Parks and Trees Act.

Doing so can incur a fine not exceeding $50,000 and imprisonment for up to six months.

Those who fail to clear food used to feed community animals can also be fined up to $2,000 under the Environmental Public Health Act for littering.

Recalcitrant offenders face fines of up to $4,000 for a second conviction and a maximum of $10,000 for subsequent convictions.

This article is written by Ang Qing from The Straits Times and edited by Jagoda Tomczak from Asia Law Network.

Transferring assets between spouses with clarity and intention: CLT v CLS and another matter [2021] SGHCF 29 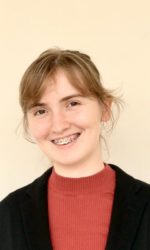