Oftentimes, scammers are difficult to catch because many use cunning methods. They can immediately dispose of the fake websites, IP addresses, companies, and phone numbers which they use during their scams. This makes them hard to track, and even when arrested, it is unlikely that victims can recover all or even part of the money that was lost.

With the recent wave of scams in Singapore, consumers must stay vigilant to beat scam attempts and safeguard their funds.

Here are some of the most common types of scams to avoid, and some ways for victims to respond.

In the recent scams involving OCBC Bank, fraudsters sent SMS messages claiming to be from the bank to trick its customers.

Some scammers have made use of the same sender identification labels used by the legitimate banks when sending fake SMS messages.

For example, some of the SMS messages sent to OCBC customers seemed to have been sent by “OCBC” and appeared in the same message thread as previous genuine messages.

The messages often claim there is a problem with the recipient’s bank account that needs to be resolved urgently, and include a link to a fake website that resembles the real one.

Victims who enter their log-in information and one-time passwords (OTP) on the fake website can quickly have their accounts breached and their savings stolen.

As a countermeasure, banks are now tightening their security, such as by removing clickable links in SMSes after the OCBC phishing scams.

Another type of phishing scam involves crooks posing as authority figures such as the police, job recruiters or government officials.

Using SMS messages, e-mails or phone calls, they try to convince potential victims to part with money or give up sensitive information. This includes banking log-in details or personal data such as NRIC numbers.

A variant involves fake bank hotline numbers being listed on Google search results. Victims who call these numbers will be connected to scammers pretending to be bank staff.

Common tactics involve claiming the recipient has got into legal trouble, or offering simple yet well-paid part-time jobs and investment schemes with high interest rates. Victims who respond are asked to pay fees or provide personal information.

The police, the Supreme Court and the Central Provident Fund (CPF) Board recently warned the public of such scams.

Amid the Covid-19 pandemic, many scammers also pretended to be calling from the Health Ministry and claimed they were requesting information for contact tracing purposes.

They often mask the caller ID number to appear as a local number starting with the Singapore country code “+65”, even though they may be calling from overseas.

Scammers may also pose as one’s contacts. E-mail addresses, for example, can be spoofed to appear as if the message was sent by a colleague or friend requesting money for urgent personal needs.

The most common type involves listing high-demand items such as gaming consoles or concert tickets for unusually low prices, which tempts users who are looking for a bargain.

Once payment has been made, the “seller” disappears or becomes unresponsive, and the would-be buyer never receives the promised item.

Some scammers claim to be offering “pre-orders” that will take some time to arrive in Singapore, which can cause victims to delay making a complaint or report.

Another related scam involves unsolicited SMS messages or emails claiming the recipient’s parcel is stuck in transit and that a fee must be paid to ensure delivery. Victims sometimes fall for such claims even if they had not ordered any item.

After befriending the victims and gaining their trust, the scammers spin a tale about falling on hard times and ask for money.

They may also demand gifts or money as proof of the victim’s love, or claim they need the money to arrange a visit to the victim’s country.

Another common ruse is for scammers to invite their smitten victims to buy into fake investment schemes or business ventures.

The Offence of Scamming in Singapore

According to section 415 of the Penal Code, cheating occurs when a person:

The penalty for cheating under section 415 of the Penal Code is a fine and/or imprisonment for up to 3 years.

There is a more serious form of cheating found under section 420 of the Penal Code, which targets cheating by intentional or dishonest inducement of the delivery of property.

Such aggravated cheating occurs when a person cheats and thereby dishonestly induces the victim to:

Penalties for Cheating in Singapore

For the general offence of cheating, courts generally impose a fine if the quantum of the sum of money cheated is small and there are no aggravating factors.

What Can Victims Do?

If you are a victim of scamming, you may make a police report:

The police will conduct further investigations and the accused person may be charged in court if there is sufficient incriminating evidence.

Recourse through the criminal courts – When you have been cheated of your property or money, the court may order the offender to make compensation to you. However, this does not guarantee that the property or money you were cheated of can or will be recovered and returned to you.

It is recommended that you engage a civil litigation lawyer to assess the merits of your case before you proceed with commencing a suit against the accused person yourself.

Alternatively, if you have been accused of committing a cheating offence, consider engaging a lawyer to advise you on your options and assist with your case. This can include contesting the charge if you believe that you are innocent, or pleading guilty and negotiating for a lighter sentence.

This article is written by Rei Kurohi from The Straits Times, Evan Schuman from Sift, and edited by Petrissia Teo from Asia Law Network.

Time for Hong Kong to revisit the meaning of “dish...
Unreasonable Behaviour in Divorce Under Singapore ...
Hard-selling of beauty services and treatments gon...
What to do after a traffic accident in Singapore –...
The Bunga Melati 5 – The Saga Ends
Share This
0Shares
0 0 0
Previous Article 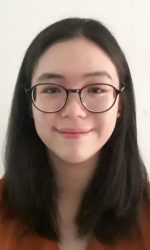