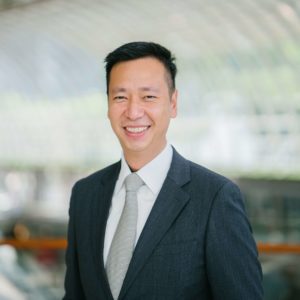 Edmund was admitted to the Roll of Advocates and Solicitors, Singapore, in 1999 and brings with him specialised legal, and diverse industry and business experience. Prior to founding his own law practice, Edmund had served for 8 years in the Singapore Legal Service ("Legal Service") as Deputy Public Prosecutor and Deputy Senior State Counsel in the Attorney General's Chambers before being posted to the Competition Commission of Singapore ("CCS") as 2 Deputy Director in the Legal & Enforcement Division. His last posting was to the Ministry of Defence, Legal Services Department, where he was appointed Military Prosecutor and Head, Legal Counsel. At CCS, he led different teams to assess cases, complaints, leniency applications, notifications and filings relating to anti-competitive agreements, abuse of dominance and mergers, to conduct unannounced inspections and interviews, and to provide competition advisories to other public agencies. Edmund participated in the senior management meetings at CCS, acted as CCS's legal representative for an appeal to the Competition Appeal Board, and took part in various market studies. His matters covered numerous industries including amongst others infant formula milk, automotive, oil & gas, electrical equipment, specialised and general services, construction, bunkering, insurance, airline and hospitality. He also has experience in conducting criminal appeals and prosecutions relating to corruption, commercial fraud, homicide, sexual, road traffic and public disorder offences, proceedings before the Military Court Martial, and Coroner inquiries into deaths relating to medical care, suicide and accidents. Edmund had previously practised shipping, litigation and corporate law during his time in Khattar Wong & Partners, Joseph Tan Jude Benny and CitiLegal LLC. Thereafter for the next 8 years, he held various global and regional in-house counsel roles in the investment holding, precision engineering, manufacturing, aerospace, medical devices, mobility and hospitality industries at multi-national companies; Singapore Technologies/ Accuron Technologies, Michelin and InterContinental Hotels Group. As an in-house counsel, he was involved in a wide range of legal matters in multiple jurisdictions including competition compliance, mergers and acquisitions, hotel management, product liability, corporate law and commercial law. He had also carried out internal corporate investigations, audits, due diligence exercises and trainings. Being one of the founders of the One Rochester Group in the food and beverage industry, Edmund was a director on its Board of Directors during the time before he joined the Legal Service.

Reading Time: 3 minutesLawyer Edmund Lam previously wrote a three-part series on white-collar crime with illustration of actual cases that happened in Singapore. You can read the articles here. In this article, he shares more about multi-jurisdictional jeopardy & resolution and  deferred prosecution agreements. Multi-Jurisdictional Jeopardy & Resolution In recent times, authorities are stepping up on multi-jurisdictional enforcement cooperation […]

Reading Time: 6 minutesIn the first of a three-part series, lawyer Edmund Lam gave an introduction to white-collar crime and shared examples of money laundering and signing of false certificates. He also shared about the criminal breach of trust, corporate and securities fraud in the second article. In the last part of this series, Edmund provides illustrations on […]

Reading Time: 8 minutesIn the first of a three-part series, lawyer Edmund Lam gave an introduction to white-collar crime and shared examples of money laundering and signing of false certificates.  In this article, he provides illustrations of the criminal breach of trust, corporate fraud and corruption and bribery. Illustrations of white-collar crimes Criminal Breach of Trust In 2001, […]