A Guide to Initial Coin Offerings (Part 1 of 3)
0Shares
0 0 0
ASIALAWNETWORK.COM

This is a three part series on Initial Coin Offerings (ICOs). In this series, lawyer Wanhsi Yeong will cover:

In the first part of this series, WanHsi explains the characteristics, types, risks, benefits and examples of Initial Coin Offerings.

Introduction: What are ICOs?

In my previous article, I touched on the topic of cryptocurrencies. The pace at which cryptocurrencies are being adopted is astounding. For example, there are exchanges now trading in Bitcoin futures.

In that particular milieu of freshly launched coins is a newly famous transaction type we need to understand called the “Initial Coin Offering” or ICO.

An Initial Coin Offering, commonly referred to as an ICO, also called a “Token Sale/Initial token Offering”, is a fundraising mechanism in which new projects sell their underlying crypto tokens in exchange for more established coins such as Bitcoin and Ethereum. It’s somewhat similar to an Initial Public Offering (IPO) in which investors purchase shares of a company.  These ICOs are often global offerings which can be created and/or accepted anonymously.

Perhaps the most famous ICO so far is that of Ethereum, which raised US$18 million in 2014 by selling tokens that facilitate online contracts. Today Ethereum-powered contracts are proliferating, and the tokens have a market cap of approximately US$ 60 billion as of mid-April 2018. Additionally, ICOData reports a total of 576 ICOs have been held in the first quarter of 2018 alone, raising approximately US$ 3.5 billion.

ICOs typically vary in nature and the respective organizations sell such digital coins/tokens for the purpose of obtaining public capital to fund software development, business operations, business development, community management or other initiatives.

As organizations continue to raise millions of dollars in ICOs, it is increasingly important for industry leaders and policymakers to understand the economic and regulatory landscape of ICOs. On the one hand, proponents believe that ICOs are a transformative approach to fundraising that enables consumers to benefit more directly from the popularity of new technologies. On the other hand, critics fret that ICOs occupy a regulatory grey area that could leave investors vulnerable to fraud and land startups in legal trouble. Given that ICOs are still in its infancy, both sides may be right.

Some key characteristics of an ICO include:

So how then are ICOs different from traditional IPOs?

Here’s a table breaking down how ICOs are different from traditional IPOs:

From the above table, it is evident that the key advantages of raising capital through ICOs include:

There are generally 4 main types of tokens: Currency Tokens, Utility Tokens, Asset Tokens and Tokenised Securities. The table below helps to identify these four, and their attributes:

ICOs could prove to be a significant driver for financial access and inclusion by democratising access to investments. ICOs are popular for multiple reasons:

Notwithstanding the benefits mentioned above, ICOs have generated their fair share of controversies. Broadly speaking, there are issues with consumer protection and market risks. Filecoin’s ICO was the most successful ICO of 2017. Concluded in September of 2017, it raised a record-breaking USD 257 million. This was impressive as unlike majority of ICOs, Filecoin only allowed accredited investors to partake in its token sale.

Filecoin aims to provide a decentralised storage network by making use of available storage space in data centres and hard drives around the world. Users can buy and sell unused storage on their personal computers on the Filecoin network. Filecoin’s tokens (also called Filecoin) can be used to buy additional storage space, or held as an investment. Users can earn Filecoin for hosting their files. Similar to the Bitcoin system, computers ‘compete’ to see which can store the most files. The computer which makes available the most storage space, and serves their data fastest on the network, will usually win the Filecoin.

The second biggest ICO of 2017 was the Tezos ICO. Unlike tokens built on the Ethereum platform, the Tezos project envisioned a cryptocurrency, called Tezzies, with its own ecosystem and decentralised blockchain. A key differentiator of Tezos is its self-amending cryptographic ledger nature which means that anyone invested into the network has voting power on future direction of the project (including features and funding). This allows its protocol to evolve and accommodate new innovations over time without the risk of hard forks splitting the markets (which happened to Ethereum and Bitcoin). While Tezos is not directly connected to Ethereum, it uses the concept of smart contracts, but makes it easier to apply formal verification which mathematically proves the correctness of the code governing a particular smart contract.

Although, the ICO concluded in July 2017, the Tezos project has yet to be launched as it has been riddled with legal issues. In December 2017, Reuters reported that the founders of Tezos, the Breitman couple, faced three class-action lawsuits in the United States, as “Plaintiffs allege federal securities law violations and that the fundraiser defrauded participants, who were told they were making non-refundable donations to the Swiss foundation. The lawsuits are seeking refunds and damages”. In addition, the couple were also embroiled in a legal dispute with Johann Gevers, the President of the Swiss-based TEZOS foundation that was supposed to help build the technology for TEZOS. The couple accused Gevers of enriching himself from the funds raised. In turn, the couple was accused of attempting to take-over the foundation and bypass the Swiss legal structure. This dispute was resolved in February 2018 with the stepping down of Gevers from this role in the foundation.

The ICO mania has most certainly carried onto 2018. In the first quarter alone, two prominent market giants from different fields jumped on the ICO bandwagon creating much buzz in the crypto world. These market giants are Telegram and Kodak.

Perhaps one of the most talked about ICOs of 2018, Telegram, the messaging goliath, has raised approximately $1.7 billion from less than 200 private investors during two ICO presales. It plans to use the proceeds from the ICO to fund the development of its blockchain called Telegram Open Network (TON). TON is described to be an Ethereum-like ecosystem with service, apps and a store for digital goods.

According to the Wall Street Journal, Telegram has reportedly decided to cancel the public phase of its ICO. This may be not as surprising as Telegram was exempted from conventional securities registration requirement, given that the presale excluded retail investors. If it had decided to proceed with its public offering, it may have run into regulatory hurdles. Avoiding the spotlight especially when the SEC has been seeking to tighten the ICO space was probably a well calibrated decision by Telegram.

In January, Kodak announced that it was going to launch its KODAKCoin ICO. KODAKCoin, the token that is to be issued, is designed to aide photographers have better control over the image rights of their portfolio. Photographers would be able to use the token to register their images on a distributed ledger and license them on Kodak’s upcoming platform, KodakOne.

Four months after the initial announcement, Kodak has finally revealed that the ICO will commence this month. The ICO is to be hosted on Cointopia and tokens are to be distributed under Simple Agreements for Future Tokens contracts.  In its filing with the SEC, Kodak had indicated that it intends to raise up to USD$ 176.5 million. Given the success other famous companies have had with their ICOs, Kodak’s goal might be easily attained after all.

As can be seen from above, ICOs have quickly become popular with companies seeking funding due to the possibility of being able to raise significant amounts of money in a short period of time. Although the benefits of ICOs are indeed numerous, the risks associated with ICOs are very real and cannot be ignored.

Inadvertently, the spotlight on ICOs has also attracted the attention of regulators worldwide. In this regard, we shall examine in greater detail the position of authorities worldwide in relation to ICOs in Part 2 of this series. Do check in for my next article soon!

This article is written by Yeong WanHsi of Arrowgates LLC and edited by Seah Ern Xu of Asia Law Network.

Prenups - the next big thing in Singapore 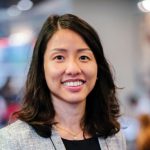