Prenups – the next big thing in Singapore
0Shares
0 0 0
ASIALAWNETWORK.COM

Contrary to popular belief, marital agreements are not as uncommon or far-fetched as they may seem to be. But what are nuptial agreements? Why are they getting increasingly popular?

The days leading up to the big day are passing in a rush. Amidst all the ordering of flowers and fussing over choices of bridesmaids’ hairstyles, a prenuptial agreement may be the last thing on your mind. After all, why would it be? Why on earth would you, before even getting married, want to go into detailed planning for the worst that could happen?

A prenuptial agreement, or what is colloquially known as a ‘prenup’, is an agreement made between parties intending to get married, stipulating how matters will be settled between themselves in the event of a divorce. In sum, it lays down who gets what if the marriage crumbles. Prenuptial agreements are usually made as a form of sensible protection in case a marriage does not go as planned.

In contrast, a postnuptial agreement, or a ‘postnup’, is an agreement made between a husband and wife after marriage, in which they decide on what would happen upon their separation or divorce, whichever is the case.

When parties sign a postnup, the state of their relationship may not necessarily have deteriorated – parties could choose to sign a postnup instead of a prenup simply because they did not have enough time amidst all the wedding preparations. Another common situation in which parties may choose to enter into a postnup is when there have been significant changes to their family’s circumstances after their marriage that warrant serious planning, such as inheritance, children, or plans to migrate overseas. Entering into a postnup would serve to ease the insecurities that may be brought about by the changes that are happening to your family.

The issues covered by prenups and postnups are usually vastly similar. Broadly, they usually cover the amount of maintenance each party and/or their children should receive, how their matrimonial assets should be divided, and the custody, care and control of their children.

Are nuptial agreements enforceable in Singapore?

The common perception in Singapore is that the courts will not be bound by prenups or postnups. Is that true? Well, yes and no. What is true is that a marital agreement cannot be enforced in and of itself. However, they do have the force of law – courts have to consider them and may eventually decide to give them substantial or even conclusive weight.

As you may already have guessed, a court’s decision on the division of matrimonial assets, maintenance and custody and care and control is not made at a judge’s whims and fancies. Divorce proceedings in Singapore are governed by the Woman’s Charter, and it is therefore important that a nuptial agreement cannot offend the Women’s Charter.

When it comes to division of matrimonial assets, nuptial agreements are only one of the factors taken into account by the court in the exercise of its powers to reach a just and equitable division.

Assets aside, marital agreements may also provide for maintenance of the wife and/or children. These, unsurprisingly, are subject to closer scrutiny by the courts as compared to agreements relating to assets. For instance, parents have a legal duty to provide financially for their children. If they attempt to contract themselves out of this by way of a prenup or postnup, this will obviously not be condoned by the court.

Courts tend to play a more proactive role in ensuring that marital agreements that relate to the custody and care and control of children uphold the welfare of the child. Before the court gives effect to terms that relate to a children’s custody, care and control, it must be satisfied that such terms are in the best interests of the children concerned. After all, it is the welfare of the children that is ultimately the paramount consideration.

In Singapore, courts tend to place greater weight on postnups as they are made in very different circumstances from that of a prenup. This is because postnups are more current in reflecting parties’ intentions as compared to prenups. At the point of singing a postnup, parties have already undertaken towards each other the obligations and responsibilities of marriage, whereas for a prenup, the agreement is made at a point before parties have even committed themselves to each other through marriage.

Nuptial agreements made outside Singapore

The place where you sign your nuptial agreement, or rather, which country’s laws you choose to govern your agreement is also something important to think about – this may affect the country in which your matrimonial dispute is ultimately heard (if your marriage unfortunately heads that way). One example that clearly showcases the importance of this is the Singapore High Court case of AZS and another v AZR [2013] 3 SLR 700. The husband and wife, who were French nationals, were married in France, and during their marriage had relocated to Singapore. They had entered into a prenup prior to getting married. In the prenup, numerous references were made to French law (the French Civil Code). When their relationship broke down, the husband commenced divorce proceedings in France while the wife commenced divorce in Singapore. The husband applied to the Singapore court to put the wife’s divorce proceedings on hold on the basis that the French courts would be more a more appropriate forum to hear the divorce. If it was to be heard in Singapore, the Singapore court would have to examine the prenup which was made in France and under French law. In addition, the wife argued that she had not signed the prenup voluntarily – and for the Singapore court to determine whether this was true, witnesses in France would need to be called. As these were not suitable issues to be heard in the Singapore courts, the Singapore High Court concluded that France was the more appropriate forum for the parties’ divorce to be heard.

Nuptial agreements are surely the way to go

Nuptial agreements are increasingly becoming accepted for what they are: not a distrust of your future spouse, but a realistic recognition of the facts of life. Entering into a nuptial agreement is worth a serious thought. Initiating a talk about the possibility of a nuptial agreement may be awkward, but they can be thought of as being an insurance policy of sorts, one which you hope will never be needed – in no way detracting from the joy of getting married or being married.

If you’re considering a prenup, do try and finalise it at least a month before the wedding – you won’t want to be worrying about that while preparing for your bridal party! You may wish to consider engaging a good family lawyer as much help will be needed when you navigate through the complex exercise of drafting your nuptial agreement.

As for postnups, which are usually considered by parties when there is a significant change in circumstances, it may be prudent to engage a lawyer or even a counsellor to talk through such issues before proceeding to sort out the nitty-gritties of the agreement.

Lastly, do remember to give each other time to consider, to seek legal advice and negotiate before coming to your final decision on whether to enter into a prenup or postnup.

If you need legal advice on the nuptial agreements, you may request a quote from Sharanjit Kaur or Michelle Ng. You may also get a Quick Consult with one of the practicing lawyers for a transparent, flat fee of S$49 and expect a call back within 1-2 days to get your questions answered.

This article was written by Sharanjit Kaur and Michelle Ng from Withers KhattarWong and was first published on their website.

A Guide to Initial Coin Offerings (Part 1 of 3) 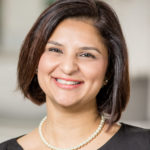