In PH Hydraulics & Engineering v Airtrust,[1] the Singapore Court of Appeal (“CA”) addressed a significant point of law in respect of the availability of punitive damages for a breach of contract. In its judgment, the CA held that concept of punishment has no place in the common law of contract. This case note aims to highlight the various arguments put forth by the CA in refusing to award punitive damages.

The dispute revolved around a Sale and Purchase Agreement (the “SPA”) for a 300-ton Reel Drive Unit, entered into by PH Hydraulics & Engineering Pte Ltd (“PH Hydraulics”) and Airtrust (Hong Kong) Ltd (“Airtrust”). Under the SPA, PH Hydraulics undertook to design and manufacture the Reel Drive Unit for sale to Airtrust. Pursuant to this agreement, a third party, ABSG Consulting was engaged to ensure that the manufacturing was up to standard. ABSG Consulting ultimately issued three certificates stating that the Unit was considered satisfactory.[2]

Unfortunately, slightly over a year after delivery for the Unit was taken, it was damaged while in use. In the course of the repairs, and upon further investigations, Airtrust discovered multiple problems with its design and manufacture. This led Airtrust to commence a suit against PH Hydraulics for breach of the agreement.[3]

Rejecting the concept of punitive damages

The CA disagreed with the HC, advancing two main arguments against the awarding of punitive damages. First, the CA relied on the nature of contractual law as a voluntary agreement between two parties, which was antithetical to the imposition of punitive damages. Secondly, the CA found that there was no “remedial gap” in the law that justified the need for punitive damages to be awarded in contract.

The nature of contract law

It is accepted that the traditional basis of damages in contractual law is to put the innocent party – and the party not in breach – in a position as if the contract had been performed.[6] In short, damages for breach of contract are meant to be mainly be compensatory in nature, and not punitive. This stands in comparison to criminal or tort law where the punishment of the wrongdoer is acceptable (albeit in restricted categories in the latter).[7] The question that thus arises is: what is so unique about contractual law that the presence of abhorrent behaviour still did not warrant punishment?

The main argument lay in the general nature of contract law.[8] The CA noted that any duties or obligations that occur in a contract are undertaken voluntarily and willingly by the parties.[9] The scope of the obligation is, thus, governed purely by what the parties agreed, and it can be changed or altered to suit the parties shared preferences.[10] The focus of the enquiry is then whether the innocent party had been denied of his expectation, or if he had made any loss by relying on the promised actions of the other party. Therefore, there is little room for the society or the court to govern or dictate the parties’ conduct. Unlike tort, these obligations do not arise by a matter of policy that affects the innocent party.[11]

Further, it was noted that the voluntary nature of contracts is of utmost importance. In essence, the only imposition of any responsibility in contractual law is that the parties must keep to their own bargain.[12] Beyond that, there is no room for the court to impose any legal or moral obligations on the parties.[13] This is even more so when the law has accepted a level of “self-serving behaviour” in contract law.[14] Contracts are formed with an end goal in mind to serve the vested interests of the parties.[15] It is only through negotiation that the self-seeking parties arrive at a position that is mutually beneficial, without compromising too much on their own interests.[16] Given that this form of selfishness is the foundation of contracts, the court should not determine how the parties ought to conduct themselves for it would substitute the primacy of the parties’ own interests with ideals of commercially acceptable behaviour.[17]

The second point raised by the CA to deny the award of punitive damages involved rebutting the idea of a remedial gap.[22] The remedial gap argument was one that advocated awarding punitive damages as a form of discretionary measure available to the courts to punish reprehensible behaviour. The corollary of needing such a discretionary measure was that the existing remedies are inadequate to punish.[23] The CA went on to reject this argument, primarily because it felt that there was no gap to fill in the first place, given that the nature of contract law did not allow for such damages in the first place.[24] However, even if there was such a gap, the CA noted that there exist alternative measures currently available at its disposal, which it felt would be able to fill that gap.[25]

Relying on the analysis submitted by amicus curie from Singapore Management University’s Associate Professor Lee Pey Woan on remedial damages, the CA identified three such alternative measures that it felt could adequately fill the gap in a more principled manner.[26] First is the award of “Wrotham Park damages”: these refer to damages quantified by reference to the sum of money that a plaintiff could have reasonably demanded in exchange for allowing a defendant to breach a restrictive covenant.[27] Second is the award for account of profits, where a court is permitted to quantify damages based on the profits made by the defendant even though the plaintiff would not be entitled to them on traditional contractual principles.[28] Lastly, the CA also noted the alternative of damages for the compensation of mental distress.[29] This last alternative is usually awarded where the purpose of the contract that was breached was to provide peace of mind or freedom from distress.[30]

For the purposes of doctrinal clarity, the CA’s decision clearly affirms the distinction between contract law and other forms of tortious or criminal liability.[31] In doing so, the court sought to highlight distinctions that are inherent in the very nature of the various areas of law. For example, the tort of negligence places an importance on the presence of a “duty of care”.[32] The word “duty” in of itself indicates the presence of a moral or legal responsibility to other people.[33] There is no element of voluntariness in tort.[34]

However, the argument for a need to plug the “remedial gap” does raise certain interesting observations. The underlying commonality for all three alternatives is that while they are primarily compensatory in nature, the award of the head of damage is also incidentally punitive.[35] This raises a further question – what happens in situations where the defendant has breached the contract in an outrageous manner that would be deserving of punitive damages, but the suggested alternative remedies are inappropriate? As the CA acknowledged, the alternative remedies that it referred to are usually employed in exceptional[36] The appropriate measure of damages would be according to the traditional approach. It thus appears that there could arise a remedial gap in such exceptional situations, given the absence of a residual power to award punitive damages.

Nevertheless, the primary reasoning of the Court of Appeal should apply here, that such punitive damages are contrary to the idea of contracts and should not even arise in the first instance.[37] In addition, introducing punitive damages into contractual law would possibly prolong proceedings and bring in claims that would hardly succeed, as the court has recognised.[38] It is unlikely that the courts would “punish” contract claimants for any morally reprehensible conduct in the performance of their obligations under pure contractual principles. Contract law has little/no room for punishment, and future litigants should bear this in mind. There is a better chance for a party to be awarded damages for a morally reprehensible conduct under tort law than contract law.

Author: Aaron Yoong and Niranjanaa Ram, students at Singapore Management University School of Law (Class of 2019). This article was originally published on 4 September 2017 at SMU Lexicon.

Niranjanaa is in her final year at Singapore Management University’s School of law. Her interests lie in the law of contracts, law of torts and criminal law. Outside of academia, she spends time volunteering in the community and working closely with SMU’s Pro Bono Centre as a Pro Bono Student Leader. She will be graduating from SMU in 2019.

Managing the relationship between shareholders and your business in Australia 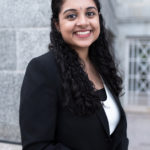 Niranjanaa is in her final year at Singapore Management University’s School of law. Her interests lie in the law of contracts, law of torts and criminal law. Outside of academia, she spends time volunteering in the community and working closely with SMU’s Pro Bono Centre as a Pro Bono Student Leader. She will be graduating from SMU in 2019.