What constitutes an illegal public assembly or procession?
0Shares
0 0 0
ASIALAWNETWORK.COM

In the past six months alone, several illegal assemblies have left Singaporeans perplexed over what an “illegal assembly” means. This article takes a deeper look into the reasons to why these cases have made the term more contentious of late. In doing so, we hope to help you make a more informed decision before committing to organising or participating in a public assembly or procession.

In Singapore, events such as assemblies and processions are governed by the Public Order Act (the “Act”). The Act’s underlying philosophy is to ensure that there is adequate space for an individual’s rights of political expression without compromising the society’s need for order and stability. It was subsequently amended in 2017 with the aim to protect the public from the growing threat of terrorist actions to events that take place in Singapore, and to reflect the government’s position that non-Singaporeans and non-Singaporean entities should not be allowed to be involved in public assemblies and processions in Singapore to promote political causes or interfere in our domestic politics. For example, the police have previously rejected permit applications by non-Singaporeans to organise “Bersih”-related events at the Speakers’ Corner.

As this article will explore later, some questions raised include:

Assembly, Procession, or Not?

As the Act sets out, an “Assembly” is defined to be a gathering or meeting of persons for the any of the following purposes:

Similarly, a “Procession” is defined in the Act to be a march, parade, or other procession gathered at a place of assembly to move from that place substantially as a body of persons for any of the abovementioned purposes. What makes a Procession different from an Assembly is the movement from the place of assembly “by a common route” by those participating in the Procession.

Although, Palay had obtained a permit to perform his art piece in Hong Lim Park. His performance actually involved movement from Hong Lim Park to the National Gallery Singapore and then to Parliament House. He was eventually charged for staging a Public Procession without a permit. Palay’s case evidences how a single person can constitute an assembly or procession, and the willingness of law enforcement to enforce this rule against single participant events.

On 3 January 2019, activist Jolovan Wham (“Wham”) was charged and found guilty for illegally organising a public assembly. Wham had organised an event without a permit, titled “Civil Disobedience and Social Movements”, it included a video call from Hong Kong pro-democracy activist Joshua Wong amongst other speeches by Singaporean activists Kirsten Han and Seelan Palay.

Given that the event met the Act’s definition of an assembly, having been organised to articulate views on civil disobedience, Wham had failed to obtain a permit to hold his event. Furthermore, Wham had involved Hong Kong activist Joshua Wong, which was sufficient grounds for a police permit to be rejected even if he had applied for one. His subsequent persistence in organising the event without a permit resulted in this being a successful charge for illegal public assembly.

The Act states that a public place refers to any place to which members of the public have access to by right or virtue, regardless of payment or time restrictions; or a place that the occupier has allowed members of the public to enter. In some cases, those charged for unlawful assembly may claim that their event took place in a private space and would thus be exempt from the provisions of the Act.

With reference to the involvement of Hong Kong activist Joshua Wong for Wham’s political ends, some of Wham’s allies have argued that “Skype conversations that take place within the confines of a private space are private matters that should logically, not require permits before they can be carried out”. However, as the DPP and Judge in the case had pointed out, the event was publicised on social media platforms like Facebook, and was open to the public for participation.

Hence, whether an event is “public” is not only telling from the location itself, but also the nature of the event– e.g. how it was publicised or how participants were invited.

Role of the Police and Move On Powers

The Act gives power to the Police Commissioner to rely on his officers to take measures to enforce the rules set out in the Act. Effectively, the Singapore Police Force plays an active role in discerning whether, and taking actions on events that they believe are contravening the Act’s rules. Under the act, police officers are also allowed to arrest participants of the event without a warrant. Alternatively, if a police officer of or above the rank of sergeant decides that a person is acting in a disorderly manner, be interfering the trade, or disrupting orderly conduct, the police officer may issue a direction to move on (a “Move On Order”). The police officer shall not give such a direction unless it is reasonably necessary in the interest of public safety or order, or necessary for the protection of rights of other persons.

It is important to cooperate with and respect the judgement of the Police Force if they were to intervene in an event, especially if event organisers do not have a permit. If a person does comply with the Move On Order, the person will be guilty of no offence.

To illustrate, in the recent Platinum Dogs Club (“PDC”) incident, where Ms Elaine Mao and a group of dog lovers confronted the owner of PDC at its premises, Ms Mao and her group were investigated for organising an illegal public assembly. No charges against the participants were reported, and it was later revealed that the group had left the premises and cooperated with the police investigations[5]. In contrast, both Palay and Wham did not cooperate with the police when they had been told to stop their events due to the lack of a proper permit. The police subsequently charged both organisers after ascertaining that the events were public assemblies organised without a permit.

If you were to find yourself questioned by the police during an assembly/procession or issued with a Move On Order, do cooperate with the officers until you are able to seek formal legal advice.

Applying for a Permit

Organisers interested in holding their own event that meets the requirements of a public assembly or procession must apply for a Police Permit. In addition, applicants should also find out what other permits must be obtained prior to organising the event. For example, those interested in holding an event at the Speaker’s Corner or the Botanical Gardens must register a separate application with NParks.

Permits for Assemblies and Processions may not be granted if the police believe that the event may:

Finally, if a gathering of persons for the purposes of commemorating an event could constitute a public assembly, wouldn’t that mean that one would need to apply for a permit for a wedding or a funeral?

If you are unsure as to whether your event requires a permit, what information you ought to provide the authorities when applying for the permit, or of the legal risks that may come with organising your event, it would be useful to consult a lawyer before commencing publicity or other formalities for the event.

However, organisers and participants should not underestimate the likelihood of their event being classified as an assembly or procession. Organisers should make an concerted effort to find out if a police permit is required for their event, by consulting a lawyer or asking the police themselves. Participants should also protect themselves by clarifying with organisers if the event has obtained a permit or falls in line with the requirements of the Public Order Act.

During the event, organisers and participants should also cooperate with police officers and investigations – especially if the organiser does not have a permit for the event. It will be helpful for organisers to identify the characteristics of their event, which could make it not fall within the definition of a public assembly or procession, and be able to articulate that to police officers when necessary. If unsure, organisers should approach a lawyer beforehand to confirm these facts in order to have assurance that they are complying with the Public Order Act.

If you have any questions,  you can request a quote with Nicolas Tang or get a Quick Consult with other lawyers from a transparent, flat fee from S$49. You can expect a call back within 1-2 days on the phone to get legal advice and have your questions answered.

This article is written by Nicolas Tang  and Loke Yan Chao from Farallon Law Corporation and edited by Justin Lim of Asia Law Network.

Farallon Law Corporation is a boutique law practice which was founded in 2015 by big firm lawyers to provide legal services to a wide range of clients, including individuals, start-ups, SMEs, non-profit organisations, multinational corporations and financial institutions. Small, low-profile firms like Farallon are popular among individuals and companies that value our niche expertise and independent legal advice. The firm distinguishes itself from its competition by: (a) providing cost-effective and efficient solutions; (b) being able to provide timely and effective advice; and (c) being transparent about possible solutions and options available, with the objective of minimising legal spend. Our mission is to provide the best possible value propositions and winning outcomes for all our clients, regardless of background, nationality or budget. We strive to be completely professional and ethical in our work and we have a responsibility to uphold our reputation both nationally and internationally, for uncompromising standards. 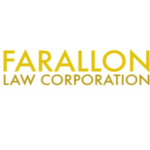 Farallon Law Corporation is a boutique law practice which was founded in 2015 by big firm lawyers to provide legal services to a wide range of clients, including individuals, start-ups, SMEs, non-profit organisations, multinational corporations and financial institutions. Small, low-profile firms like Farallon are popular among individuals and companies that value our niche expertise and independent legal advice. The firm distinguishes itself from its competition by: (a) providing cost-effective and efficient solutions; (b) being able to provide timely and effective advice; and (c) being transparent about possible solutions and options available, with the objective of minimising legal spend. Our mission is to provide the best possible value propositions and winning outcomes for all our clients, regardless of background, nationality or budget. We strive to be completely professional and ethical in our work and we have a responsibility to uphold our reputation both nationally and internationally, for uncompromising standards.